Home » Exclusives » Remcel Santos: On being a model student-athlete and playing volleyball for her family

Remcel Santos: On being a model student-athlete and playing volleyball for her family

Dribble Media’s ZerJosh Serrano sat down with volleyball player and UE Lady Red Warrior Remcel Santos to talk about why student-athletes are wrongly perceived nowadays, and why finishing her studies was extra important for her. 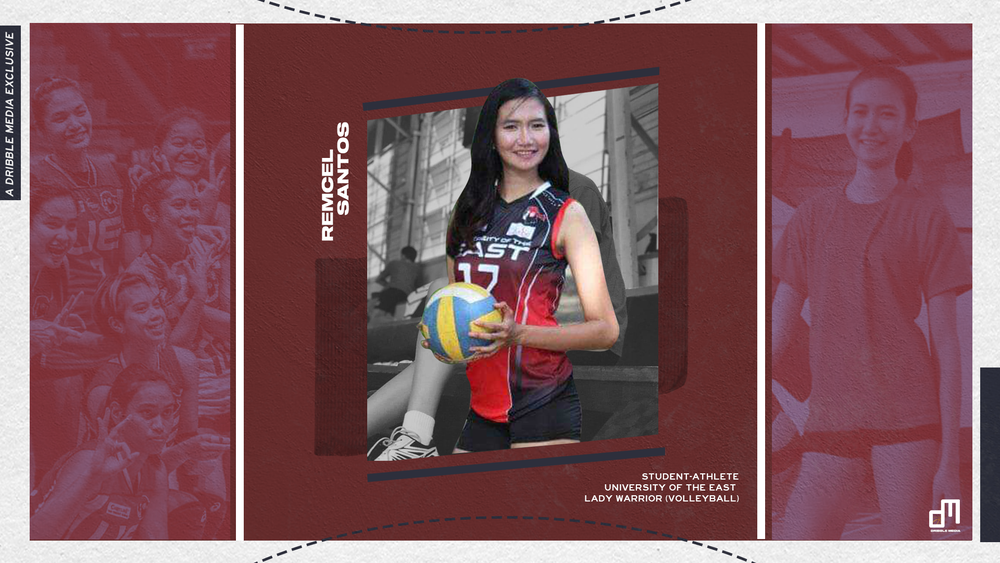 Remcel Santos plays volleyball for the University of the East Lady Red Warriors.

If you’re towering over your peers all the time, you expect them to absolutely respect you, right? That may be true to most people, but that was not the case for Remcel Santos.

Remcel, the towering blocker for the University of the East Lady Red Warriors, always finds herself as the tallest student in her class. That goes even way back her elementary days, and it has been an advantage for her especially now that she’s playing volleyball.

But at first, her mountainous height was not a positive influence for her. Remcel says that she would always get bullied and teased by her classmates as her height was deemed “abnormal.” The shaming that she would receive everyday eventually had a negative impact on her confidence and self-esteem.

Fortunately for Remcel, she was able to turn those criticisms into a much-needed motivation to succeed. She was only six years of age when her mother succumbed to cancer. Then during Remcel’s first year in college, the health of her grandmother declined so she had to take a break from school to take care of her.

As she went on a momentary break from her studies, Remcel took a job so that she could save enough money to afford going to school again. She was the eldest among her siblings, and with her mother gone, she took it upon herself to be the breadwinner of her family.

Then Remcel remembered those times when her peers would tease her about her height. That eventually inspired her to seriously look at sports, particularly volleyball, as her gateway to study again.

Remcel was able to find a way to contact Coach Francis Vicente, who was then the volleyball coach of UE. Coach Francis saw Remcel’s potential, and he gave her a spot in the Lady Red Warriors’ volleyball team.

But her entry to UE’s volleyball squad was only the start of a long road of hardships and challenges. 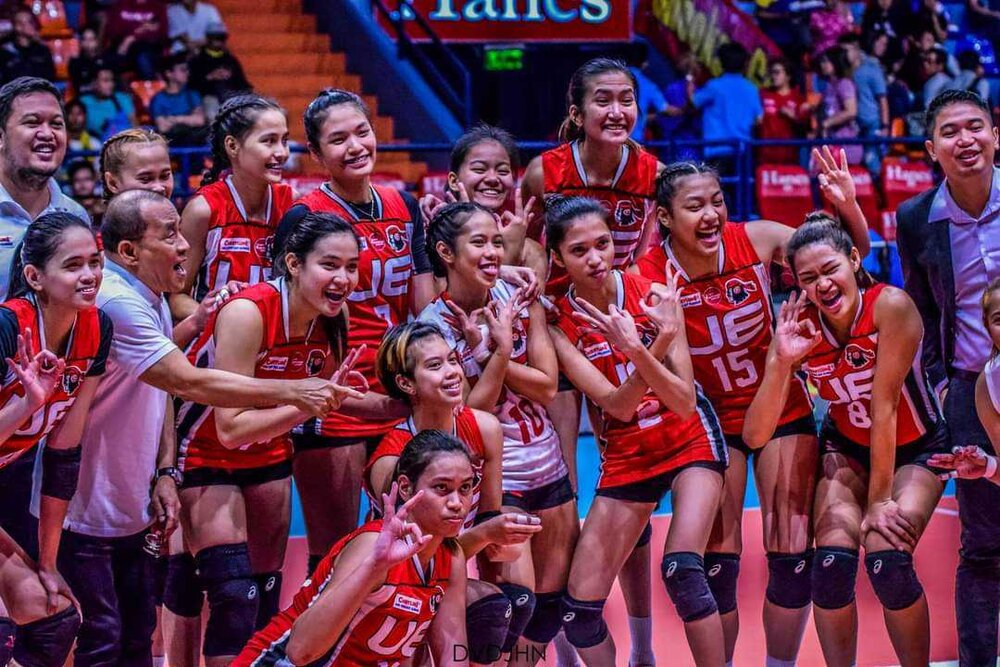 Remcel with her UE volleyball teammates.

Remcel actually comes from a family that is greatly influenced by sports, especially basketball. In fact, basketball was her first sport as it was widely popular in Bulacan where she grew up. Even going way back during her high school intramurals, she played basketball as her primary sport.

So volleyball was a new territory for her. But thanks to her supportive teammates and patient coaches, Remcel was able to thrive.

Aside from her sports duties, Remcel also takes pride in being a hardworker inside the classroom. Normally, student-athletes would get exempted in exams and assignments but Remcel is having none of that privilege.

Remcel adamantly believes in the value of working for everything you have.

That belief would be given further emphasis when Remcel was in her third year at UE. She told us a story where she felt belittled when one of her professors told the class she was in that the volleyball team lost again.

Remcel felt right there and then that student-athletes are unfairly judged solely by the number of wins that their teams rack up in the standings. She emphasized that people should also look at their performance inside the classroom as it is half of the battle that student-athletes go through each and every day.

Now that she has successfully finished her academics in UE, Remcel has the choice to either jump to the professional volleyball leagues or suit up for her last playing year with the Lady Red Warriors.

As of now, Remcel has not decided yet on what path she will choose. But she remembers that her late mother would always tell her not to forget those people who helped her stand on her own feet. That is a hint that could be a piece of good news for the UE community.

Remcel is truly a model student-athlete who has worked for everything she has achieved. When asked about what kind of legacy she wants to leave to the UE community, Remcel said that she wants everyone to remember all the hard work that she has put in on and off the volleyball court.

Remcel also reminds everyone that nothing is impossible for someone who is serious in pursuing his or her dreams. That might be some kind of a cliché, but it is also a fact that we cannot overlook.

PrevPreviousMonique del Carmen: On the rise of women’s basketball and her stand against gender stereotyping
NextJoshua Lazaro: On why getting quality education played a key role in his transfer to AteneoNext