Home » Exclusives » Yukien Andrada: On His Mission to Bring the NCAA Trophy Back to the Red Lions’ Den

Yukien Andrada: On His Mission to Bring the NCAA Trophy Back to the Red Lions’ Den 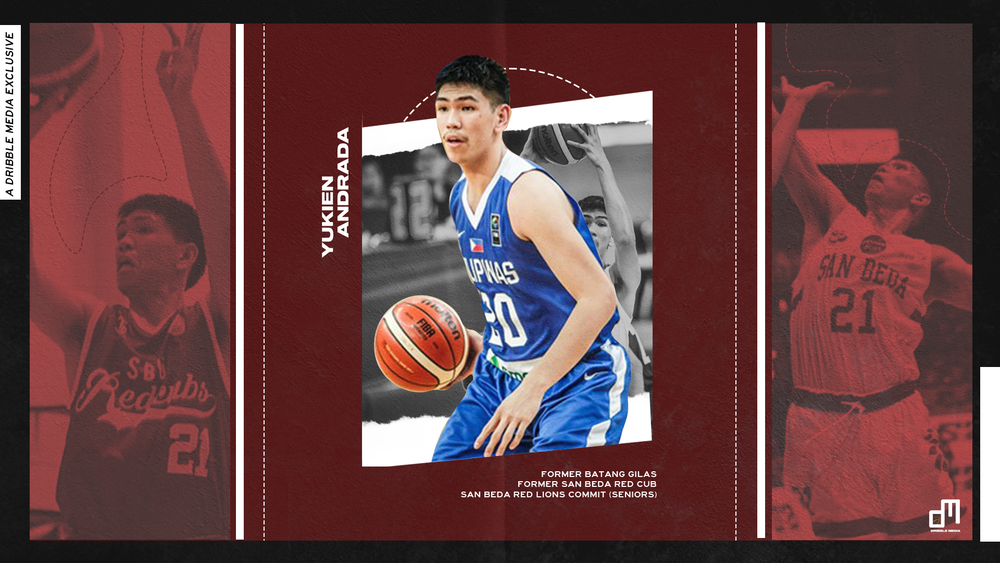 In front of a sellout crowd at the Mall of Asia Arena last November 2019, the San Beda Red Lions Seniors’ basketball team saw their three-year NCAA reign come to a bitter end with a gut-wrenching 81-79 Game 3 loss to the Letran Knights.

Two of the top players in that team – NCAA Season 95 MVP Calvin Oftana and starting point guard Evan Nelle – are not with San Beda anymore. Oftana has made the jump to the PBA, while Nelle decided to transfer to La Salle to play in the UAAP. That rubs more salt into the wound of losing to their rivals, and it remains to be seen how exactly San Beda will bounce back from this disappointment. 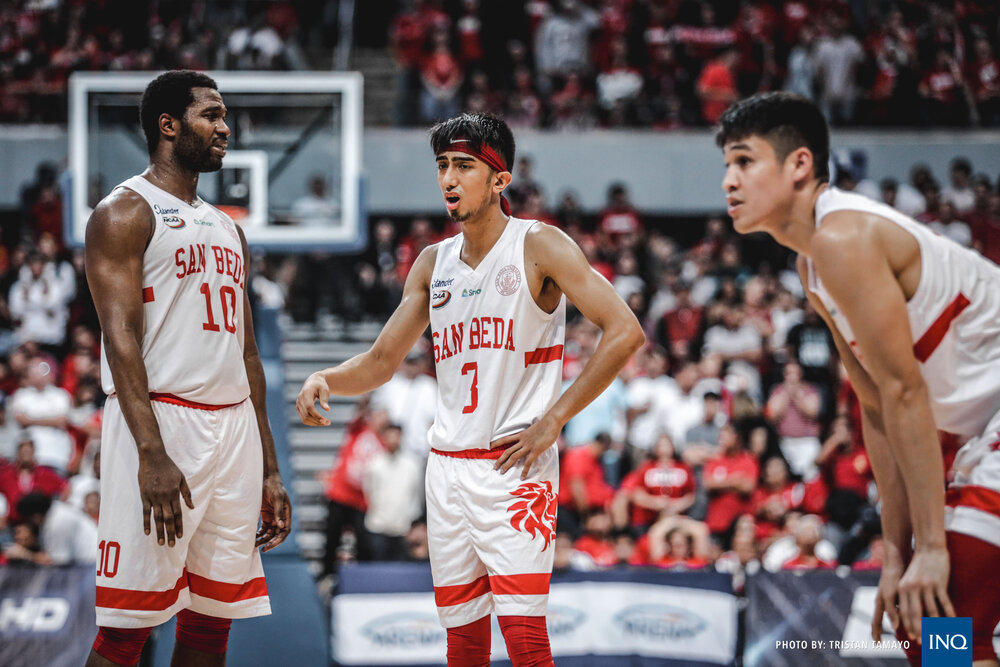 But the frustration wasn’t only felt by the seniors’ team. The pain of losing the championship trickled down to San Beda’s Juniors’ team, who were coming off a successful title run that same year. It was a tale of two different outcomes, but both the Red Lions and the younger Red Cubs share one goal: to uphold the championship culture in San Beda.

That’s exactly how Yukien Andrada, an incoming freshman for the Red Lions, felt when his older comrades lost to Letran in 2019. Yukien, the 17th-ranked prospect coming out of high school, was a key cog in the Red Cubs squad that defeated the Lyceum Pirates for the NCAA Season 95 juniors’ crown.

In an exclusive interview with Dribble Media, Yukien revealed the main reason why he decided to stay in San Beda after his fruitful high school career.

Yukien is the younger brother of Yutien Andrada, who most recently played for the Alaska Aces in the PBA. As many of you would expect, Yukien first became interested in basketball when he first watched his older brother play. Yutien suited up for the San Sebastian Staglets, before he played college ball in La Salle. 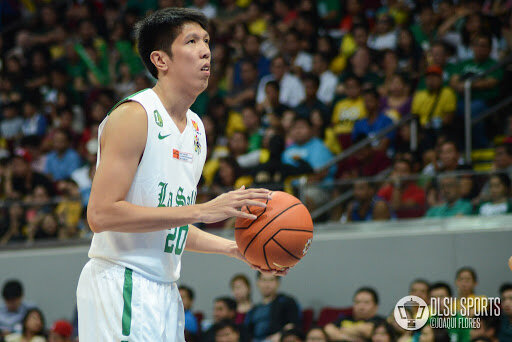 Yukien says that he was amazed that his kuya was playing in that high level of competition, and that motivated him to also dive deep into basketball.

It never got to the point that there will be some kind of “sibling rivalry” between Yukien and Yutien. Yukien even said that he would always ask questions to his kuya, especially on how he could improve on defense.

But unlike his older brother, Yukien chose a path that led him to San Beda. It was in 2017 when schools like La Salle-Greenhills, National University and San Sebastian tried to recruit him to play high school ball for them.

Yukien was already so close to playing for NU, but two separate circumstances eventually paved the way for him to join the Red Cubs.

Yukien would not only make his mark in the local stage, but he was also able to suit up for Batang Gilas. The 6-foot-5 youngster was part of the Kai Sotto-led Batang Gilas squad that competed during the FIBA Under-17 World Cup last 2018.

Yukien emphasizes that a huge part of his individual development came from his experience in international competition. He didn’t just improve his skills, but he also gained a stronger mindset and approach on the court. 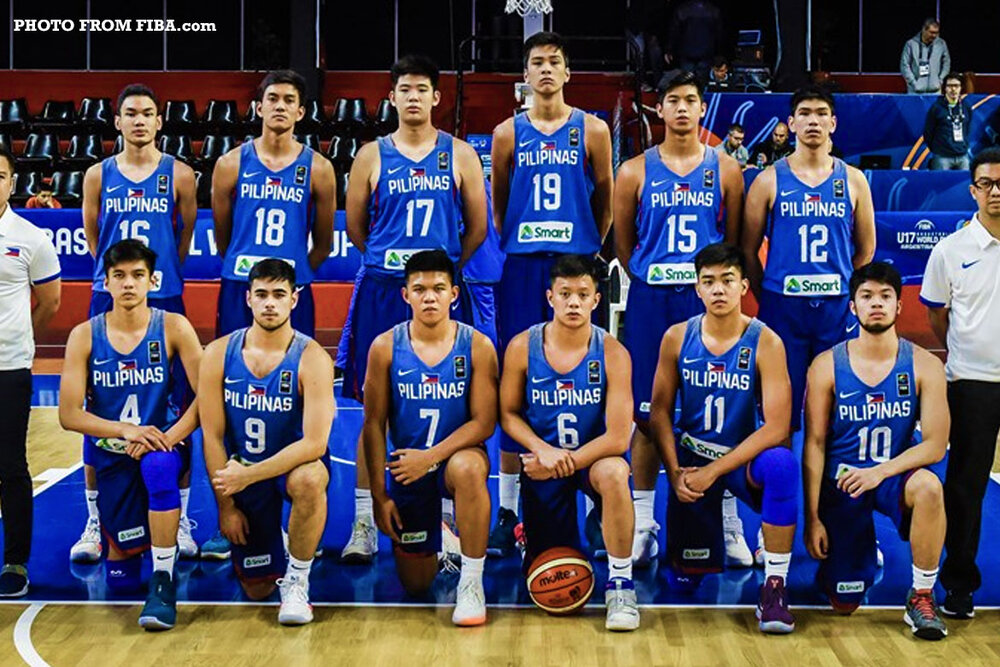 Yukien (wearing jersey number 12) with his Batang Gilas teammates in 2018. (Photo via FIBA)

His Batang Gilas experience and his contributions to the success of the Red Cubs eventually paid dividends in his individual accolades. In the final rankings that NBTC released last year, Yukien was listed as the 17th-best basketball prospect coming out of high school.

Yukien is in that list along with his three other teammates (Rhayyan Amsali, Justine Sanchez, Tony Ynot), all of whom have committed to playing for the San Beda seniors’ team. While it’s true that being recognized as one of the country’s top young players is something that he did not expect, Yukien says that he will work hard to prove that he rightfully belongs in that special list.

Going back to his mission to help bring back the NCAA championship to Mendiola, Yukien says that San Beda’s decorated history will serve as a motivation for him and the team. He points out to the fact that the team’s morale actually goes up after a loss.

Yukien may still be a young man entering his first year in college, but he already knows how to zero in on his goals, and focus on the more important things in his life. As a fitting end to our conversation with him, Yukien provided a piece of advice for aspiring athletes who also want to make their mark in a high level of competition.

If you want to be great at something, you have to make all those sacrifices.”

PrevPreviousJed Mendoza: On How Basketball Fulfilled His Family’s Dreams
NextLove Begets Respect in Playing the Game of BasketballNext

1 thought on “Yukien Andrada: On His Mission to Bring the NCAA Trophy Back to the Red Lions’ Den”