A Look Back at adidas’ Biggest ‘What If’ Moment

After a three-year stint with the University of Carolina where he won one championship in 1982, Michael Jordan paved a way to stardom once he jumped into the pros. Even prior to the 1984 NBA Draft, his name was already expected to be called early.

As expected, Jordan’s name cracked the top five, though it was a bit surprising that he slid down to the third pick. Nonetheless, as one of the top picks of the draft class, it was already expected that he’d receive an endorsement deal from the top brands during that time.

When he was still playing for UNC, Jordan used to wear Converse. However, as the most famous basketball sneaker during that time, Converse already had the likes of Celtics legend Larry Bird and Lakers icon Magic Johnson on their paycheck.

As Jordan recalled during one of the episodes of “The Last Dance”, Converse did not really intend to sign him. Jordan added that the brand did not envision him going ahead of Bird or Johnson since he has yet to prove himself in the big league. Basically, Converse passed on Jordan.

Nevertheless, it was not Converse that Jordan did really intend to sign with once he got drafted in the NBA, so it’s probably not a “what if” moment for the brand. This may be news to many knowing that “His Airness” rocked Nike his entire career, but even the Swoosh brand was not in MJ’s radar that time.

Jordan’s top option was to sign with Nike’s biggest rival, the German brand adidas. Jordan was very adamant about his intentions in joining the Three Stripes brand. The main reason was his liking for adidas’ low-to-the-ground sneakers. Yes, court feel was the main reason why the eventual Hall of Famer intended to join the adidas camp.

Comparing the low to the ground approach of adidas sneakers and the thick and high off the ground designs of Nike, it was an easy decision for MJ to make. 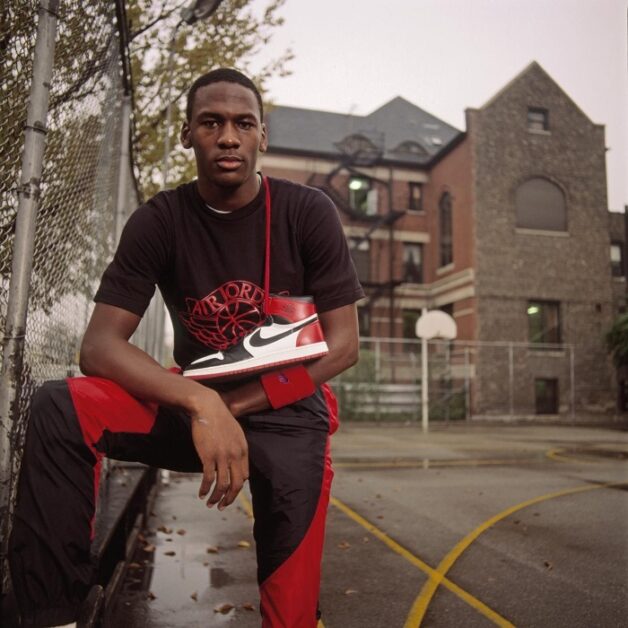 However, Jordan’s agent, David Falk, wanted his client to sign with Nike instead since the brand was the upstart. Besides, it seemed like adidas could not really cater a deal concerning Jordan. Several stories say that various reasons emerged as to why adidas did not sign Jordan.

Falk disclosed that the company that time was dysfunctional. In 1978, adidas founder Adi Dassler died and his wife, Kathe, took over the business. It wasn’t that the brand didn’t want Jordan on their wings; it simply just wasn’t a good time for the company.

But later on, it was revealed that German executives did not even have the slightest intention in signing Jordan. The brand had the great Kareem Abdul-Jabbar as their main endorser that time as they opted to sponsor centers.

Basically, Jordan was too small for them. MJ stood at 6-feet-6-inches and played shooting guard. The company, on the other hand, wanted to sign seven-footers during a time the league was dominated by big men.

Besides, even if they signed Jordan, adidas has zero intention of giving him a signature shoe line. Nike, on the other hand, granted Jordan much more than that.

But what if the deal with adidas worked? Knowing that Jordan was explicit in his desire to sign with adidas, it was a string that was very easy to pull for the brand. However, the pieces just did not fall in their rightful place, and the deal did not pan out.

The rest is history. The Air Jordan brand eventually became the cornerstone of the sneaker community and continues to amass millions of dollars revenue each year. But maybe in a parallel universe, it would have been adidas dominating the shoe game with His Airness under their wings.