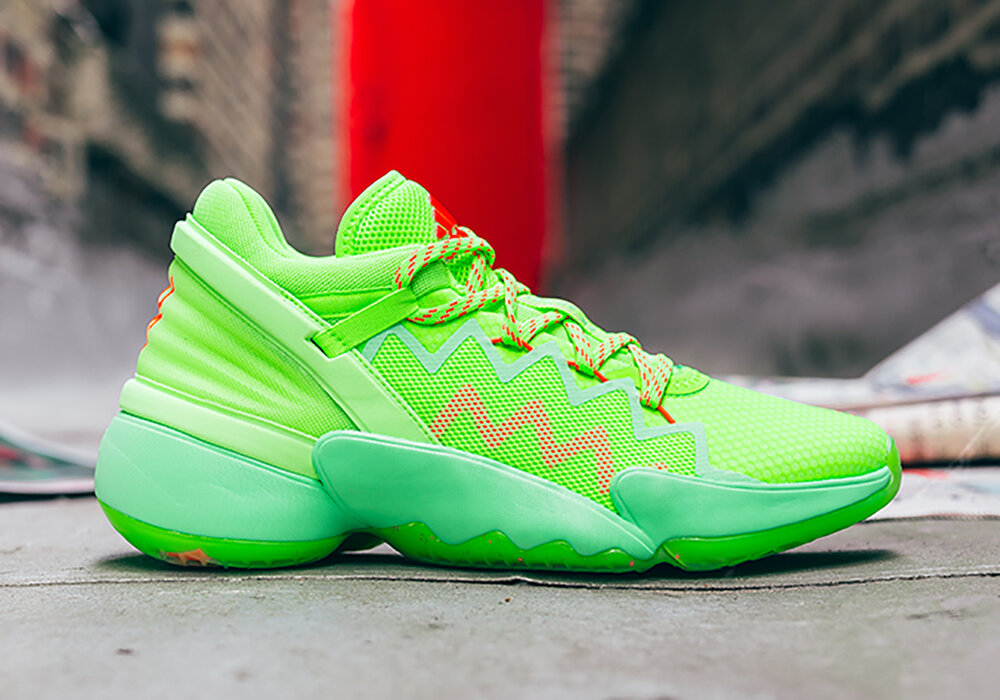 The Three Stripes introduced the All-Star’s newest signature pair in the form of a familiar silhouette collaboration. The first project of Adidas with the latest pair, the “Spidey-Sense” colorway, is inspired by Marvel character and “your friendly neighborhood”, Spider-Man. This colorway also nods to Mitchell’s moniker, “Spida”, as he is also known for his high-flying dunks and explosive highlights.

Mitchell and the Jazz look to go deeper in this year’s playoffs as the former Louisville standout norms 24 points, 4.4 rebounds, and 4.3 assists during the 2019-2020 NBA season. The Jazz went through an internal dispute between Mitchell, and his fellow Sll-Star and French big man Rudy Gobert after the Jazz center tested positive for COVID-19, and caused other players from the Jazz organization to get exposed, including Mitchell himself. This issue sparked some rumors about a potential break up, which later on was vouched by Mitchell that they were able to clear the air.

The 13th overall pick of the 2017 Draft also debuted his second shoe during the Orlando bubble, and we are here to give an in-depth analysis of the performance, along with comparisons with its predecessor. 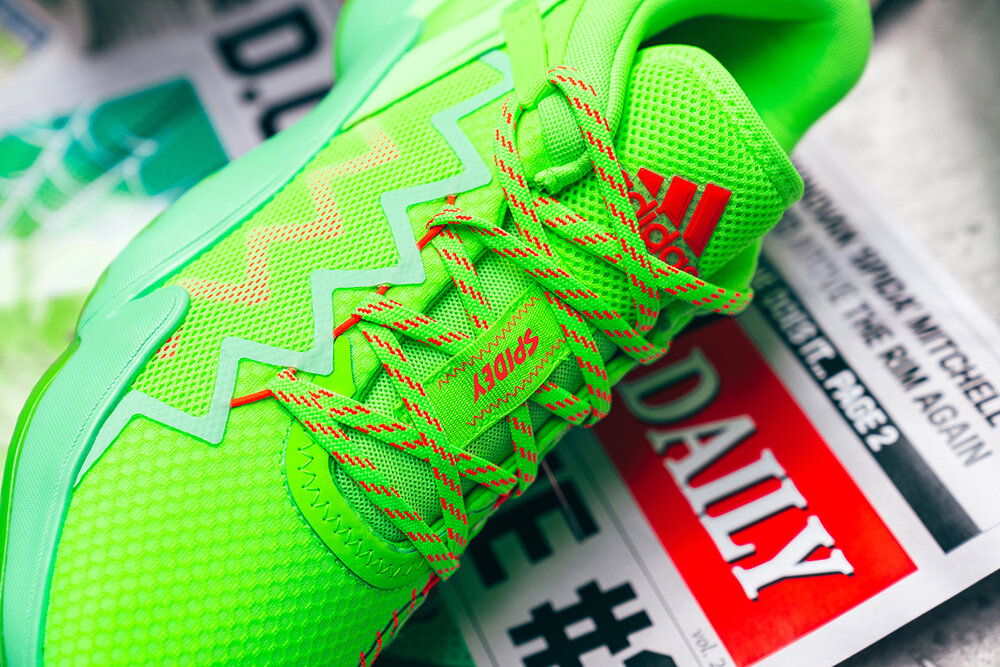 Just like its predecessor, the D.O.N Issue #1, the second issue of Spida’s signature pair is built with mesh upper, and the fuse material in the toe box, which is very flexible and responsive in the forefoot portion. These materials add firmness and durability to the upper portion of the pair, while holding and harnessing the midsoles during lateral movements. The shoe is also built with the Bounce technology along its midsoles and outsoles for better cushion and responsiveness. 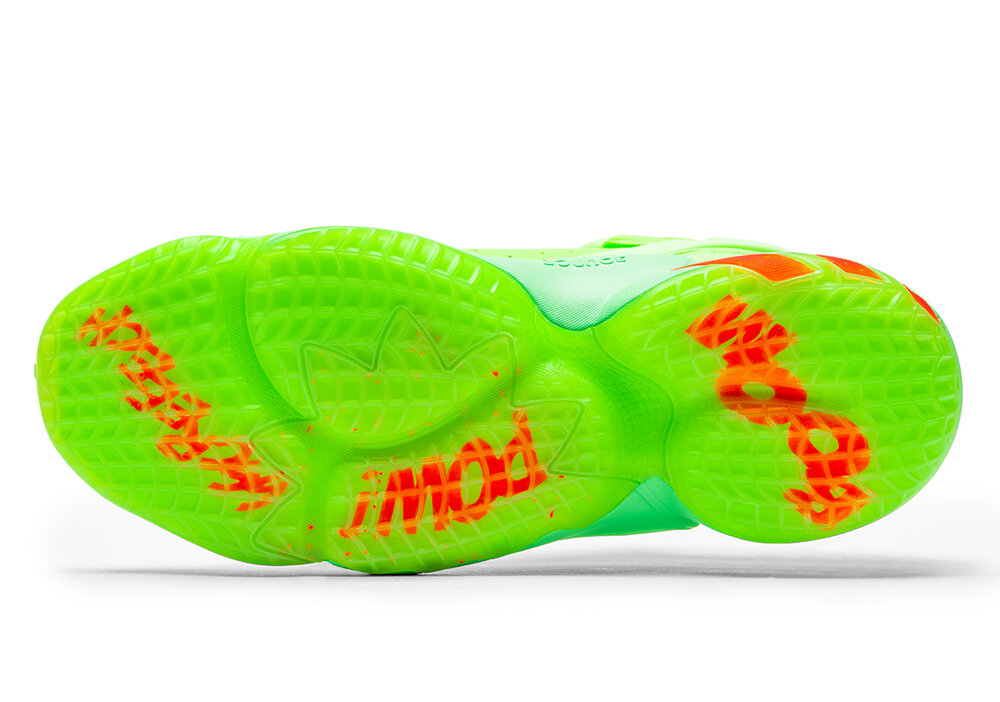 The outsoles are made of translucent materials which are thick and firm. Despite using translucent outsoles in this colorway, it is still uncertain if Adidas will stay in utilizing this material for the upcoming colorways. The traction patterns are herringbone-like tooling with wider spaces compared to the traction pattern of its predecessor, and designed with the appearance of a spider web.

The appearance of its traction pattern is pretty dope. However, its grip, hold, and overall performance are inferior than that of the first issue. Unlike the Issue #1, the traction of this pair does not provide much grip when doing lateral movements and changing directions when playing in wooden courts. On the other hand, the main advantage of this pair accumulates lesser amount of dust since it has wider herringbone-like patterns. 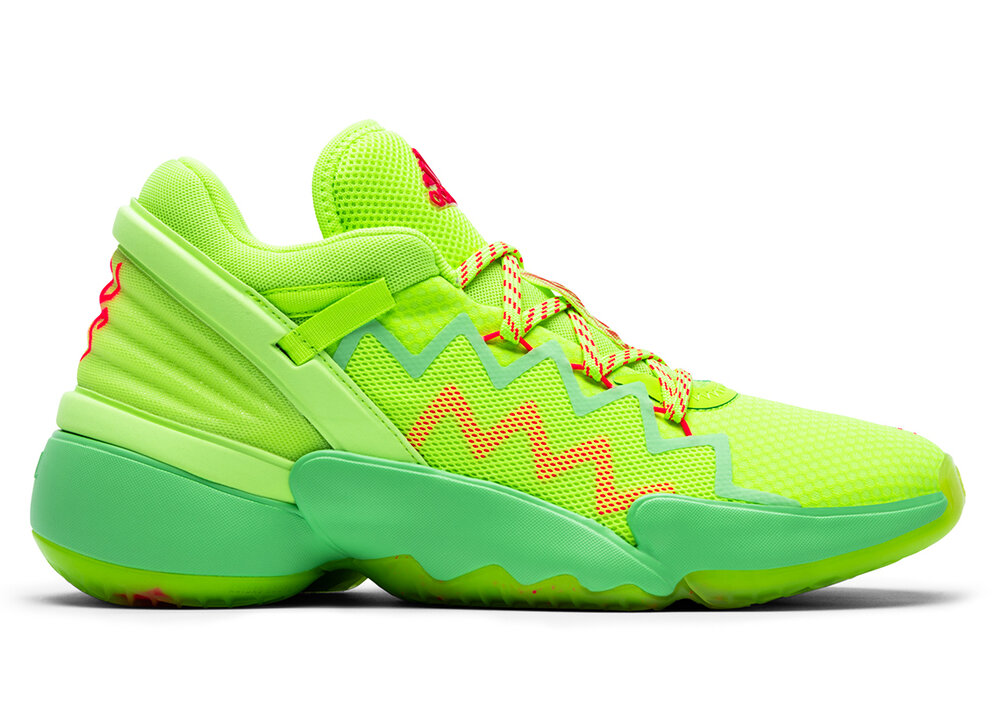 Adidas also added more foams in the heel portion and in the shoe tongue. It may depend on the user’s preference, but these additional pads give better lockdown and support to the heel and ankle area. The foams provide more hold, and lessen the impact when doing sudden stops, basically to reinforce the lack of grip from its traction.

Compared to the pancake-like, super flat midsoles and outsoles of the D.O.N Issue #1, the new version was upgraded, and received more curve for better cushion and running experience. The drawback, however, is the decoupling of the midsole area that gives arching feeling in the foot, which might make some users feel uncomfortable. 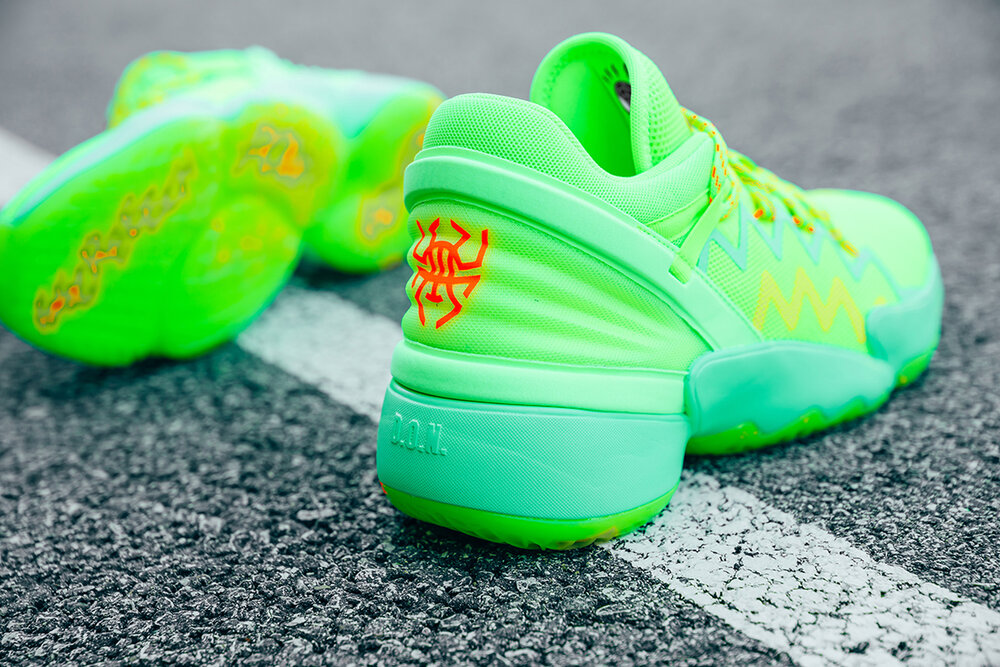 Mitchell signed with Adidas during the summer of 2017, just before his rookie season. (Photo courtesy of sneakernews.com)

It is strongly suggested for the buyers to use their true size when using Adidas shoes. This is because of the wideness of the inner portion of the shoes. It also has four eyelets which might or might not adjust the containment of the shoes when lacing up, depending on the preference of the user.

Its aesthetics is better than its predecessors as the design, tooling, and concepts are far better than the first issue. In addition, there will also be notable colorways to be released soon. Its vibrant color will add more taste for users who also use basketball shoes for lifestyle fashion. This pair will be more appealing in the eyes, and its designs are far more explicit.

However, the appearance does not always represent the whole pair, especially since the major functions of the pair are not exactly an upgrade of the predecessor. The only upgrade this pair can offer is the cushion and support due to its additional foams in the Achilles and tongue part, which might also be a drawback for some.

Aside from that, Mitchell’s two signature pairs are also bulky and heavy, though the second edition somehow improved the weight and bulkiness. These might still be a drag for the users, particularly for those who play the guard position.

The Adidas D.O.N Issue 2 is available at selected Adidas stores with a US$100 price tag.