Style, performance, technology and athletes’ fame define the success and impact of a signature shoe line. Here’s a detailed list of the top-performing signature shoe of each active NBA star. 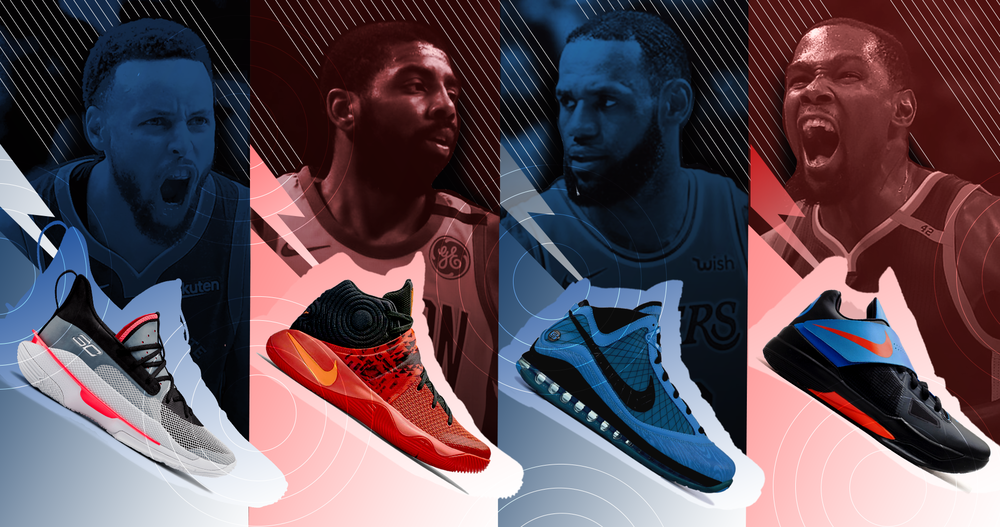 ﻿Signing a shoe deal is both pivotal and crucial for every athlete and brand, for either sides’ prestige will go one way or another with the amount of money involved and the influence that can be driven. This article contains the best performing signature shoe of every active NBA player with 5 or more signature pairs, excluding budget models and player exclusives. This is also regardless if they had a change in contract or if the brand stopped producing the athlete’s signature shoe line.

Obviously, the likes of James Harden, Russell Westbrook, and Giannis Antetokounmpo deserve to be in the discussion. The choice, however, has been made to provide broader and better options, and since only having two or three options is a bit premature for a shoe line since every signature pair’s technologies undergo trial-and-error stages. 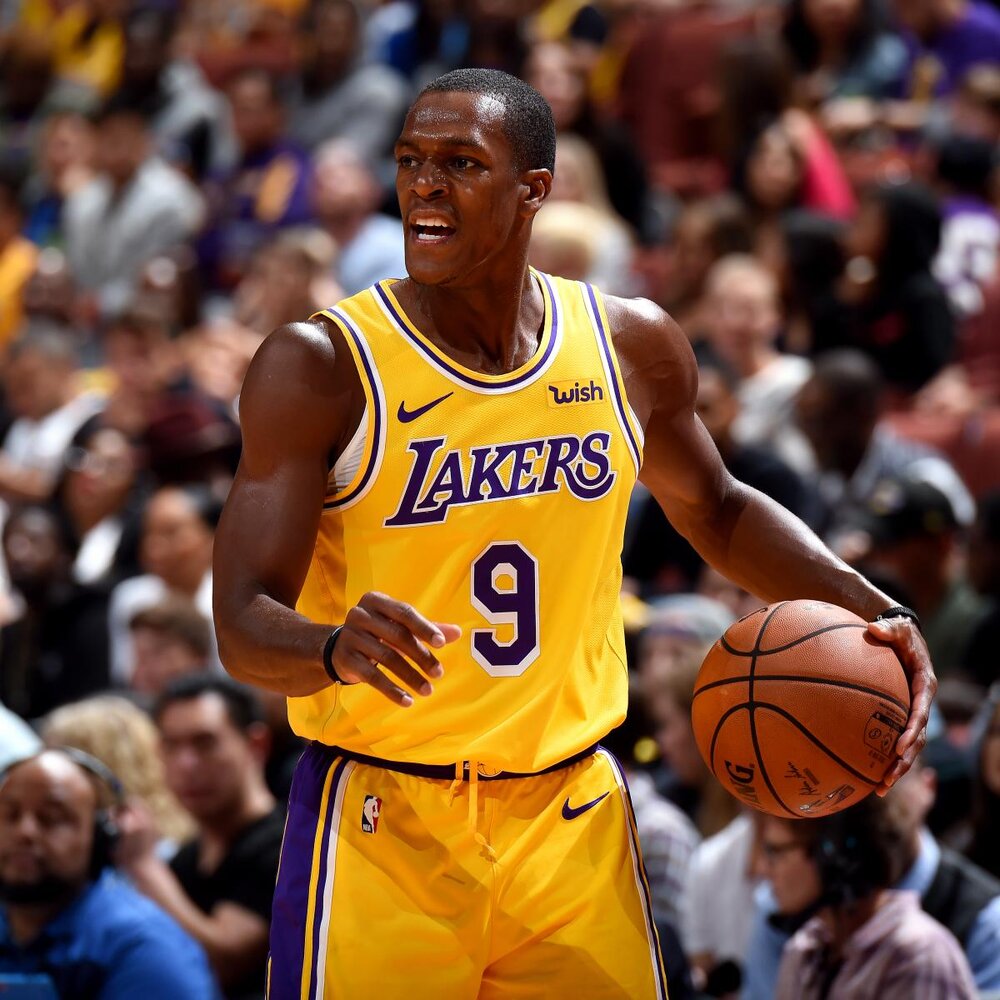 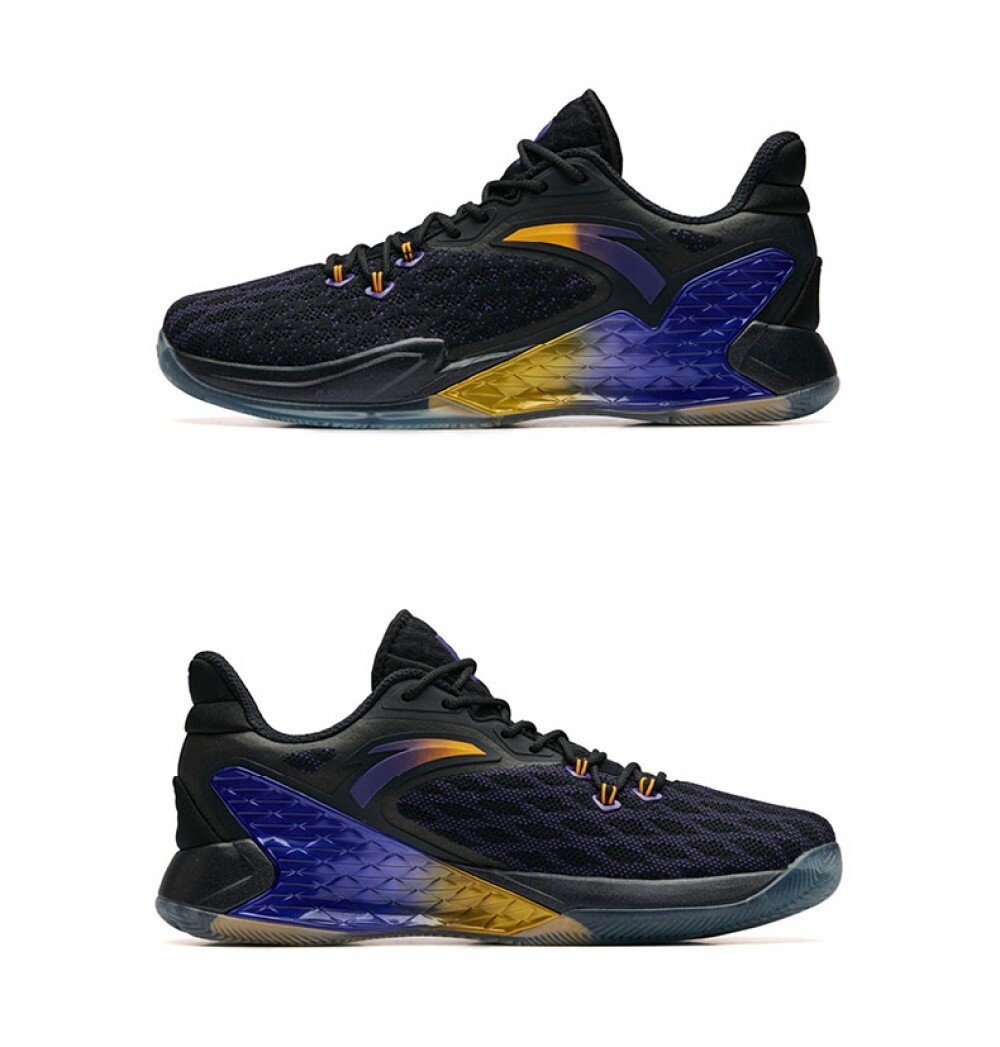 The 2008 champion point guard signed with the Chinese brand, Anta, on October 19, 2013 and currently has 6 signature shoes. The Anta RR5 is one of the best well-rounded, underrated, and budget-friendly signature shoes way back since 2017.

The pair was released in 2017 with US$85 price tag, and seriously, the cheap price does not equate to poor performance for this pair. The appearance, modern materials, and overall performance from traction to cushion are pretty dope.

The traction technology gives the sticky vibe, which is very common among Chinese brands. This works well whether indoor or outdoor, and the A-shock cushion technology provides better comfort and safer impact. The looks are good as the knitted materials provided are thick and strong and the TPU wings are lightweight yet firm. 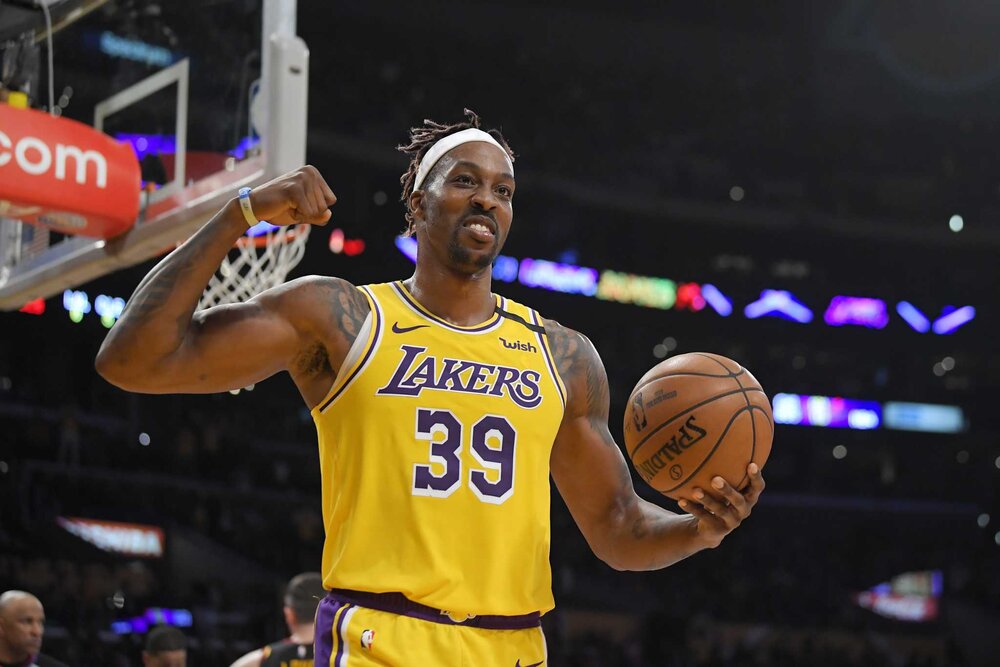 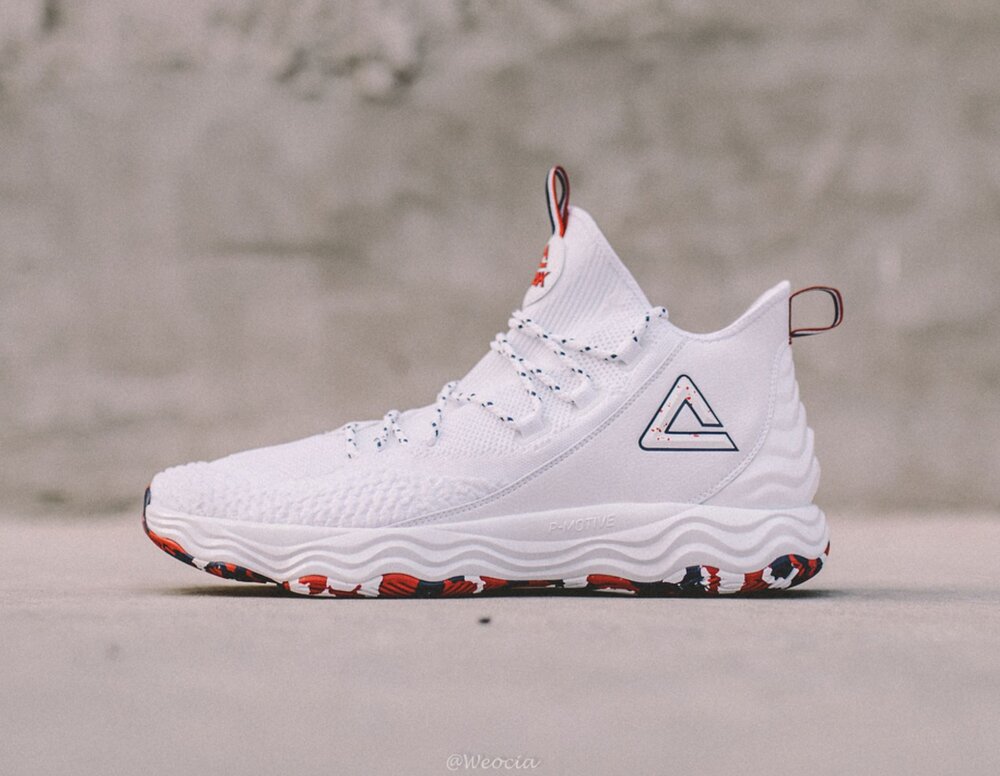 The three-time NBA Defensive Player of the Year awardee originally signed with the Adidas where he produced six signature shoes before jumping ship to the Chinese brand, Peak, in 2015. Rumors are circulating that the 8-time All-star is no longer with the Chinese brand as he was seen wearing various Nike shoes during games.

The looks of Peak DH 4 are pretty clean and cool compared to other Howard shoes, with its shape that resembles LeBron 15. The materials, especially the uppers, with its modern textured knit and synthetic build and P-Motive cushioning technology give the edge to this pair. 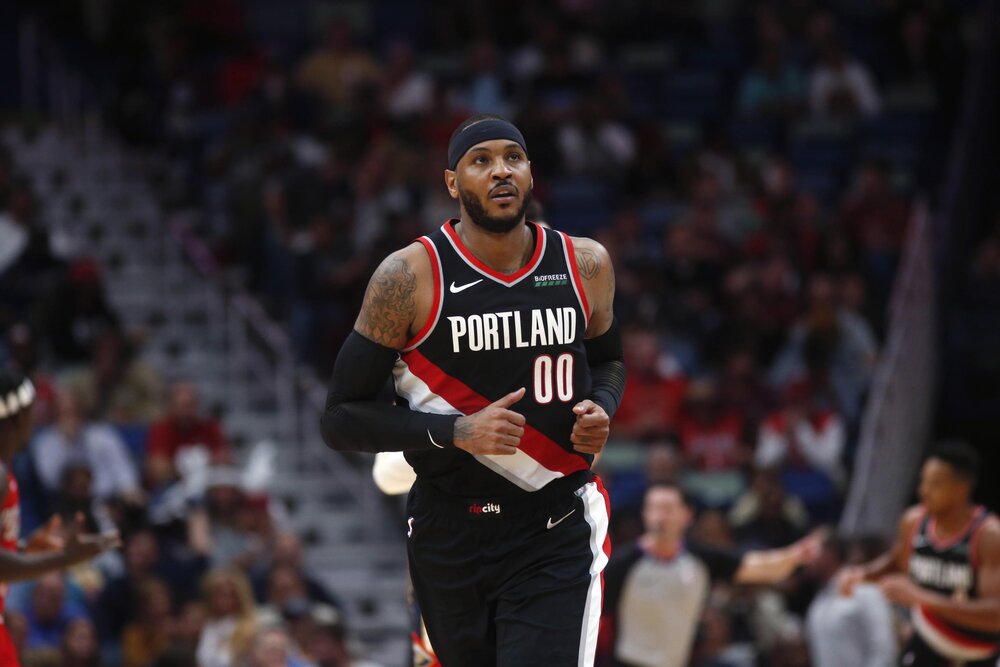 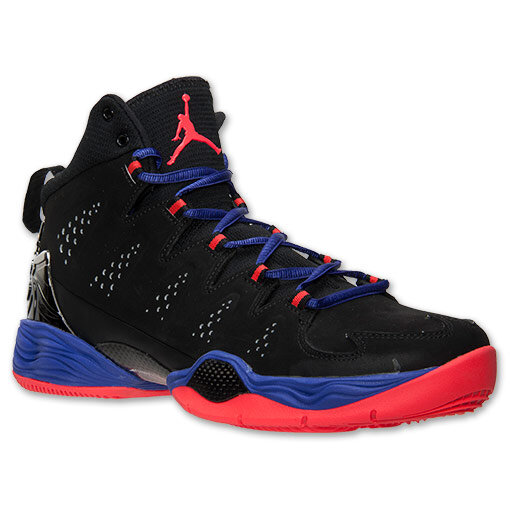 Carmelo Anthony belongs to one of the most notable draft classes of all time, the 2003 NBA Draft class.

The 10-time All-Star is the first NBA player, aside from Michael Jordan, to have a signature line with the Jordan Brand. The former Syracuse star signed with the brand in 2003 and released 13 signature shoes before discontinuing in 2017. The Blazers star is still with the Jordan Brand and started to don player exclusive Jordans.

The Jordan Melo M10, which was released in January 4, 2014, is arguably the best performing shoe among Carmelo Anthony’s signature shoe line. The pair was designed after the Air Jordan XX8 but received better materials and had better overall performance.

The Jordan Melo M10 was built with premium materials which are more durable. There is also the high-performing Zoom unit for cushion, as well as great support and traction. The only downside though is the lack of ventilation the pair provides. 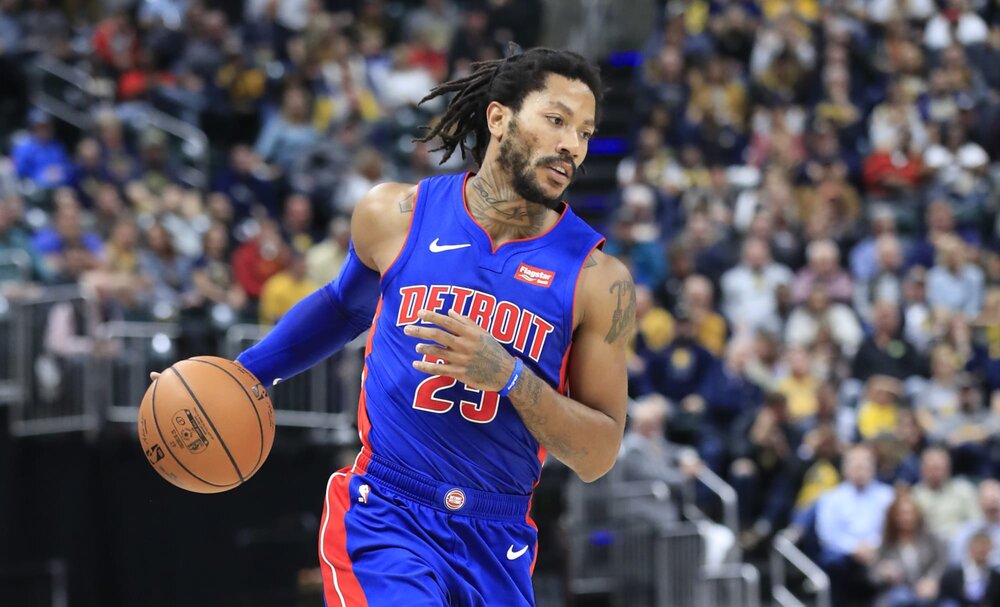 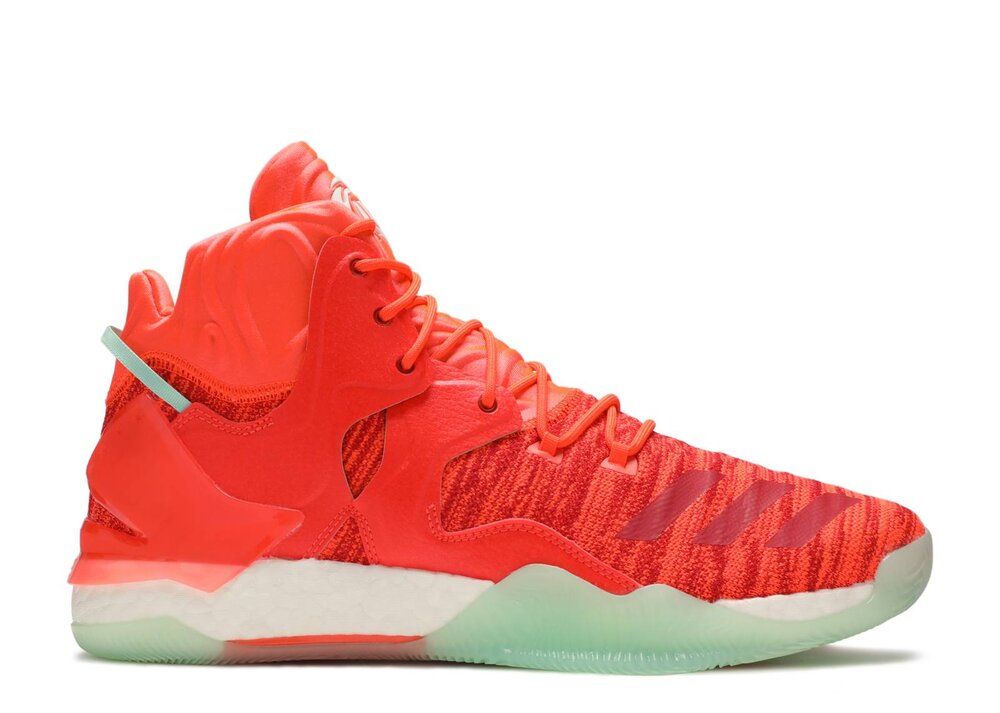 Proclaimed as NBA’s youngest MVP at the age of 22, Derrick Rose was set to have a spectacular basketball career. However, the now 31-year-old veteran was robbed his prime years due to several knee injuries. Despite the misfortunes, the three-time All-Star was able to get back on his feet and now plays for the Detroit Pistons.

The Chicago native signed an extension with the German brand Adidas in 2012 through a 13-year, US$185 Million contract and currently has a total of 10 signature pairs from his main shoe line. There were several changes done from each model of Rose’s shoe line from traction to materials to cushion, most likely to lessen the star’s injury issues.

The most successful in terms of performance is arguably his 7th signature pair, the Adidas DRose 7 PK. There is a standard version of this pair, but the one that is made of Prime Knit uppers has the edge due to the ventilation and firmness the knit material provides. Overall, the pair has a pretty competitive traction, ankle firmness and security, and the famous Boost technology cushion. The style is pretty dope too. 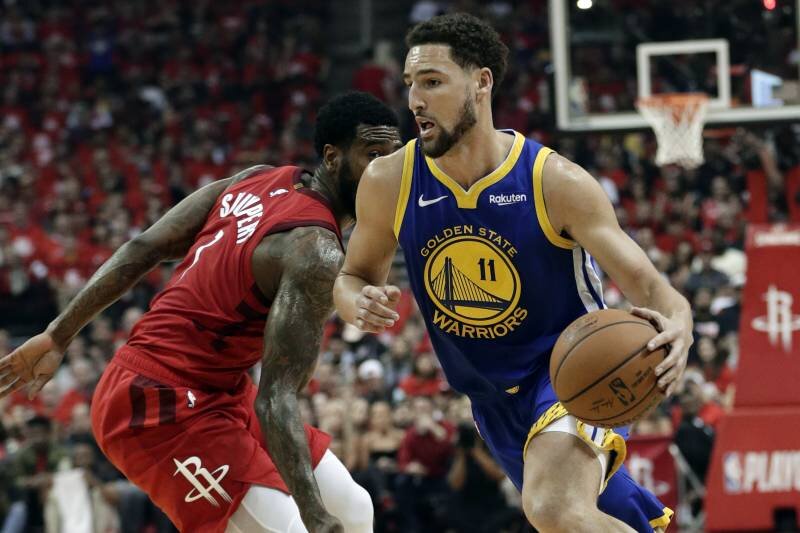 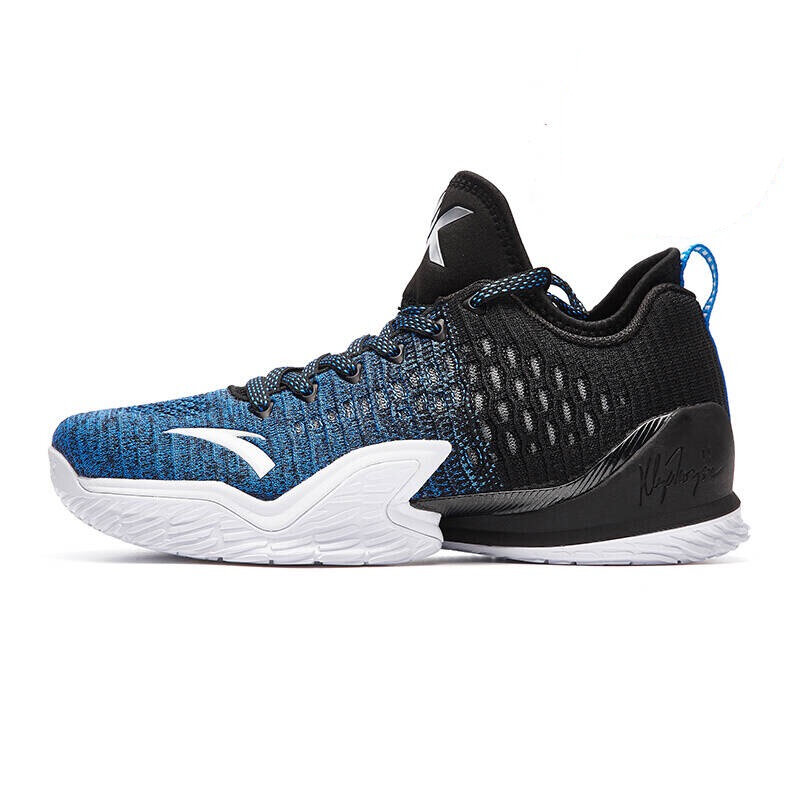 The other half of Golden State’s Splash Brothers left Nike for the Chinese brand Anta in 2015, where he now has a total of 5 signature models. The three-time NBA Champion inked a 10-year US$80 million with Anta that will go through 2026.

The Anta KT 3 is one of the underrated pairs released in 2017 as the upper knitted materials are durable and comfortable let alone the ventilation, and the support, cushion, and traction that all work very well. The additional strap atop the tongue tab provides additional mobility and stability on the ankle and heel part.

The bottomline is that the pair comes with an excellent performance for a budget-friendly price range. There were also notable collectible colorways that were released, just like the Anta KT 3 “Black Panther”. 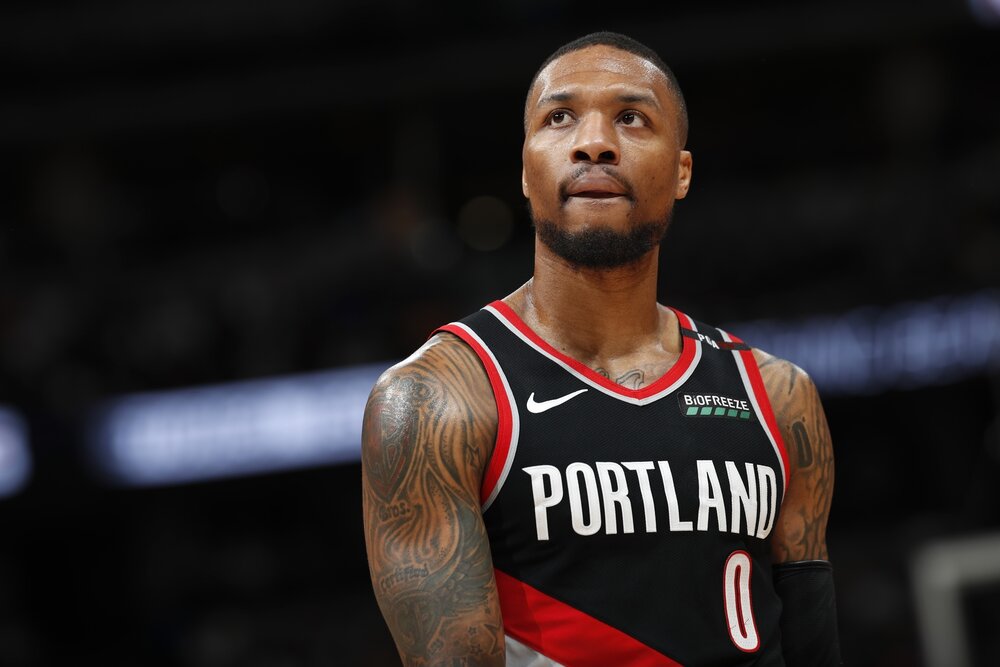 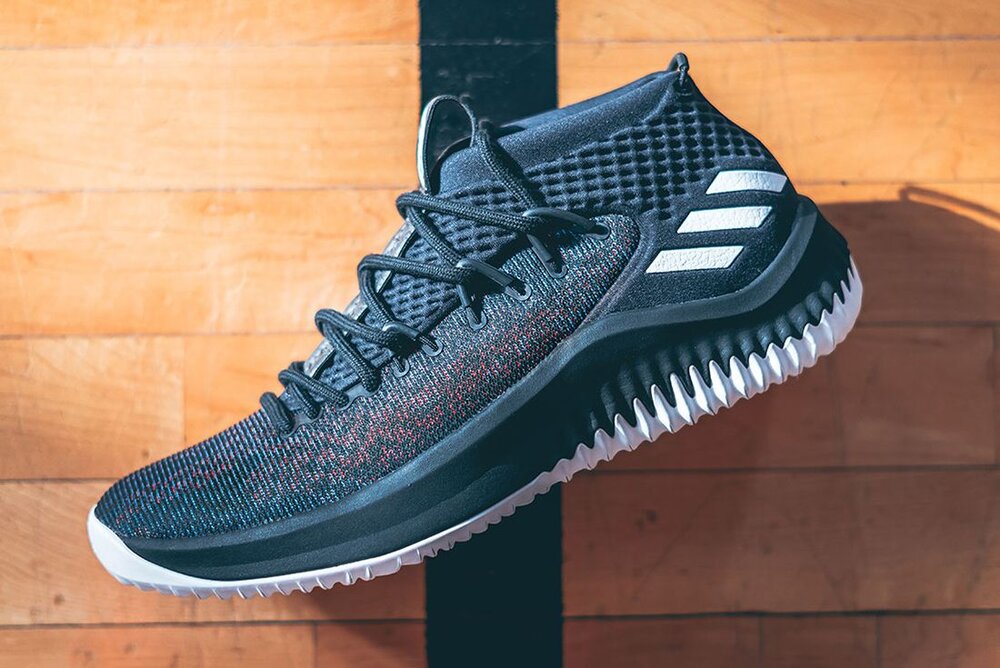 One of the biggest names under Adidas, Damian Lillard boasts a total of 6 shoes under his main signature shoe line. The Blazers superstar signed a massive 10-year contract extension with Adidas in 2014 that could go over US$100 million, the largest since Derrick Rose’s.

The 2012 Rookie of the Year has one of the most solid signature shoe lines, style-wise and performance-wise. The Dame series continues to impress with its evolution in style and performance, and the best so far is the 4th version of Dame’s shoe, the Adidas Dame 4.

Prior to the Adidas Dame 4, the Dame 2 had the best style and overall performance while the Dame 3 had the best support and cushion. To summarize, the Dame 4 is the combination of its two predecessors. The style and shape of the 4s are pretty good, and the performance matches the good style. The pair has an excellent support and bounce, like the 3s and very firm grip like the 2s. 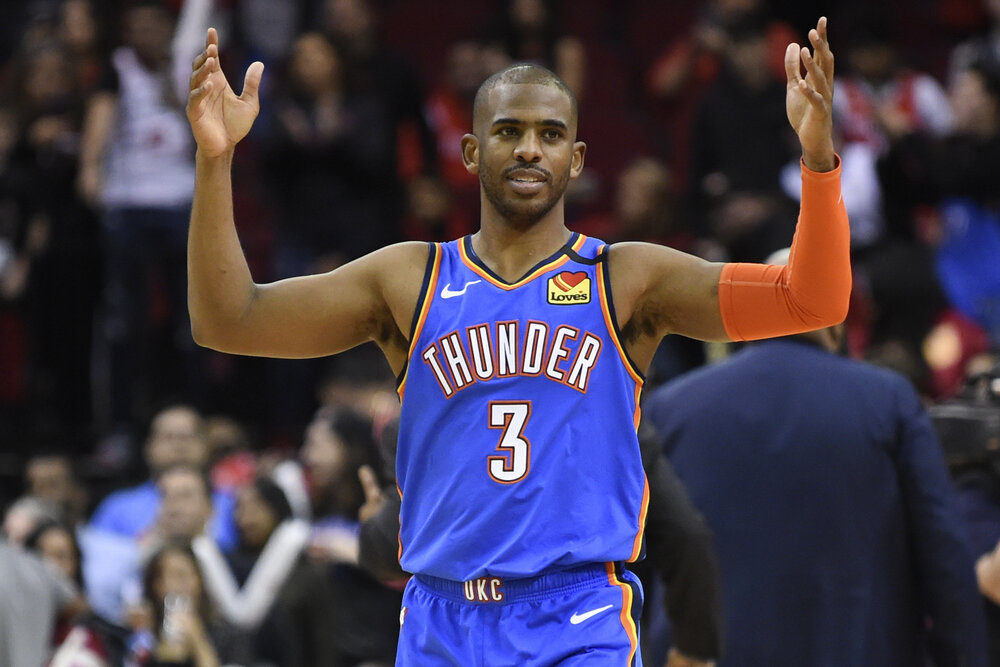 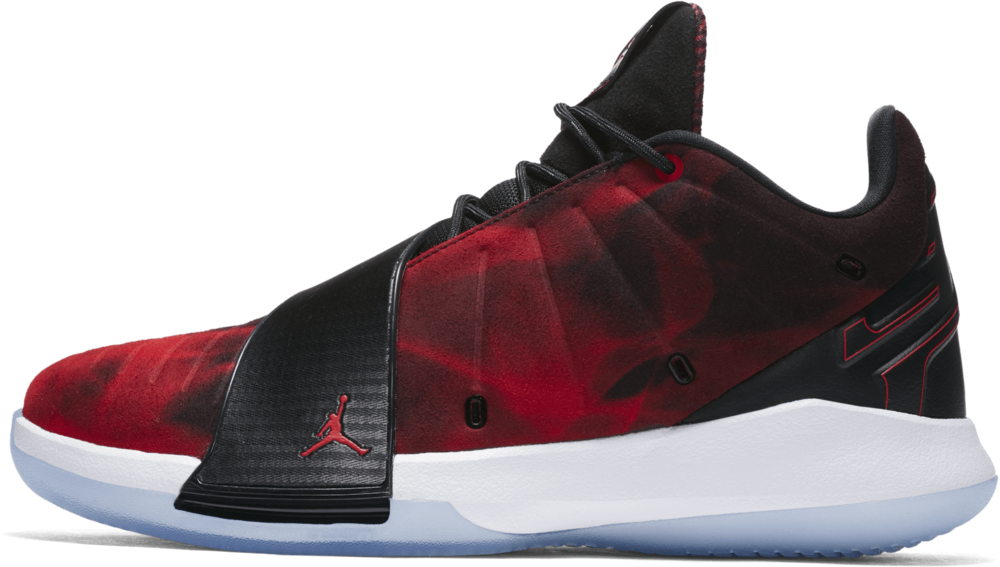 Just like his buddy, Carmelo Anthony, Paul is one of the longest-tenured NBA players under the umbrella of Jordan Brand. Labeled as the “Point God”, Paul is one of the premiere point guards of his era. With his spectacular court vision, top-of-the-class basketball IQ, and a deadly mid-range game, he brings a lot of success wherever he takes his talent.

The 10-time All-Star currently has a total of 13 signature shoe line from the famous brand, and with a lot of pairs to choose from, the CP3 XI came out at the top. Compared to its predecessors and even the successors, the CP3 XI has the most complete performance.

CP3 XI offers great cushion, traction and support with its suede-like upper material which may not provide enough ventilation, but has a pretty good containment. The herringbone forefoot gives better grip and is actually tougher in the rough courts compared to the CP3 IX. The midsole is made of Phylon which contains and supports from forefoot to the heel, and the heel portion is built with a large hex Zoom bag for additional comfort and containment.

The unique part of this pair is the rubberized strap across the tongue to the midsole area which provides more stiffness and hold, giving better encasement to the feet. The 11th signature shoe of Paul came out in the market last April 2018. 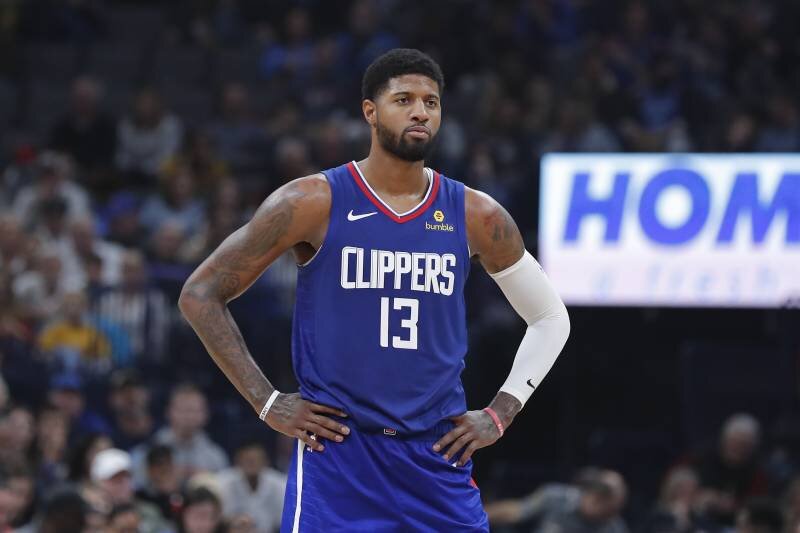 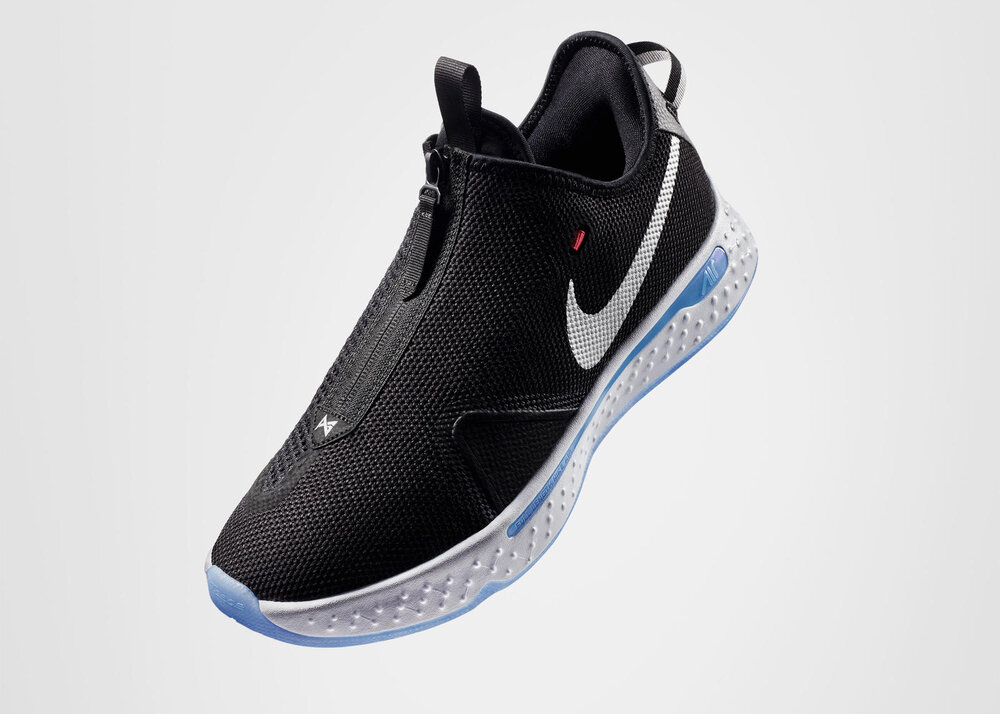