Here’s an intensive performance review on the Nike KD 13, which was globally-released last April 2020. 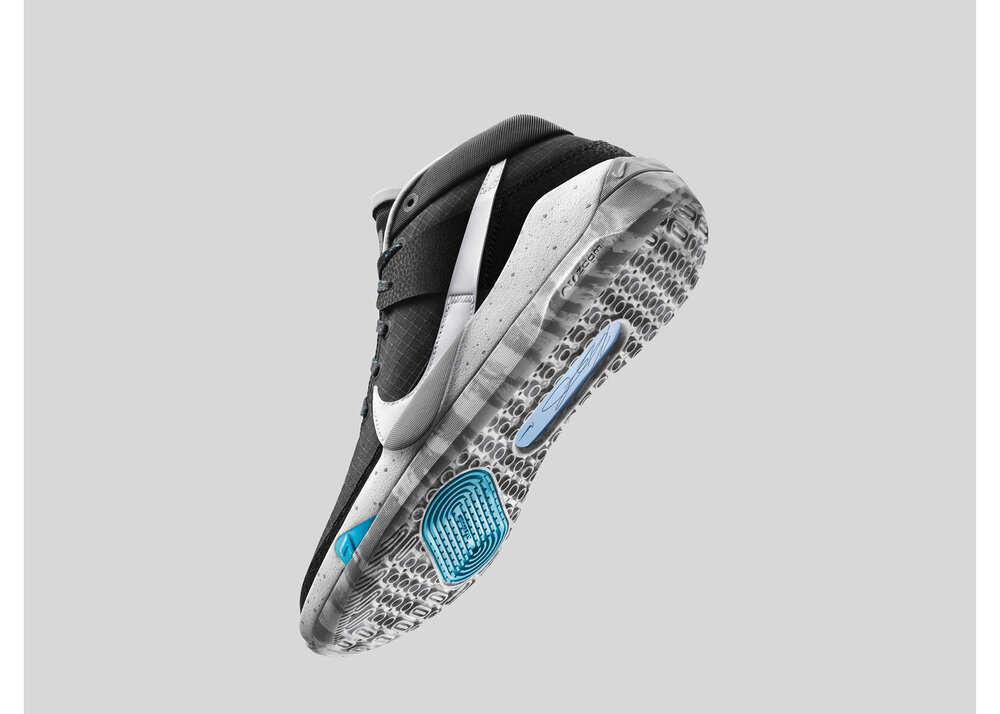 After winning two rings in the Bay Area, the four-time scoring champion signed with the Brooklyn Nets in summer of 2019, joining prominent NBA players Kyrie Irving and DeAndre Jordan. Unfortunately, the Nets’ big three are yet to share the court since Durant is still recovering from a surgery to repair a ruptured Achilles Tendon he sustained the season prior.

Durant recently revealed that he will not be playing in the Orlando bubble even if he were healthy as sitting out the entire season was already the decision they made last offseason. Then there is also the fear of health risks due to COVID-19. Remember that he was one of the several NBA players who tested positive of the disease.

But along with these developments, Nike KD 13 continues to hit the market with new colorways. Here is an in-depth analysis on the on-court performance of Durant’s new signature shoe. 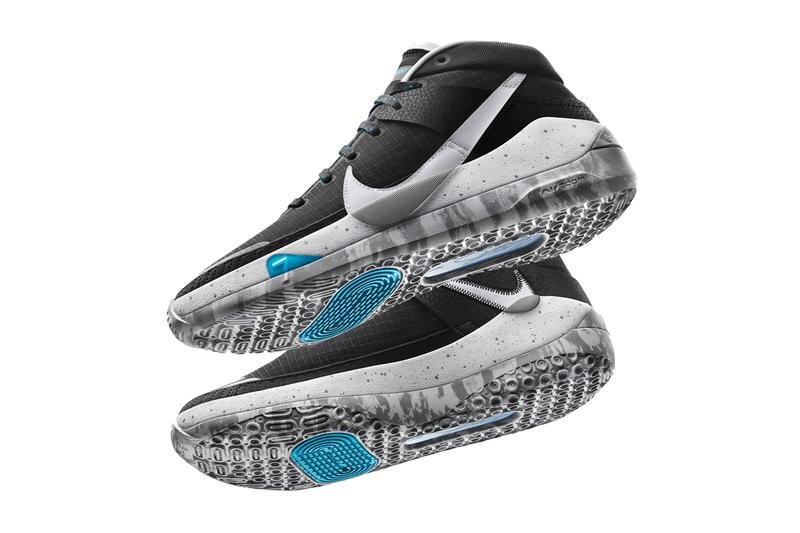 Nike KD 13 is almost identical with its predecessor as they have the same shape and almost the same materials. There were certain changes done, and mostly, for the better. Instead of the previous Hex Zoom unit, Nike KD 13 is now equipped with a larger forefoot Zoom Air unit under the full length Zoom Air strobel. Some Nike KD avid users might find this as a drawback but the plastic-like material wrapped around the toe-part which gives additional containment in the forefoot was removed. Its big swoosh is made of synthetic material comparable to Jordan 8. However, the upper material does not feel premium compared to the Quad Axial Flywire from the KD 12. 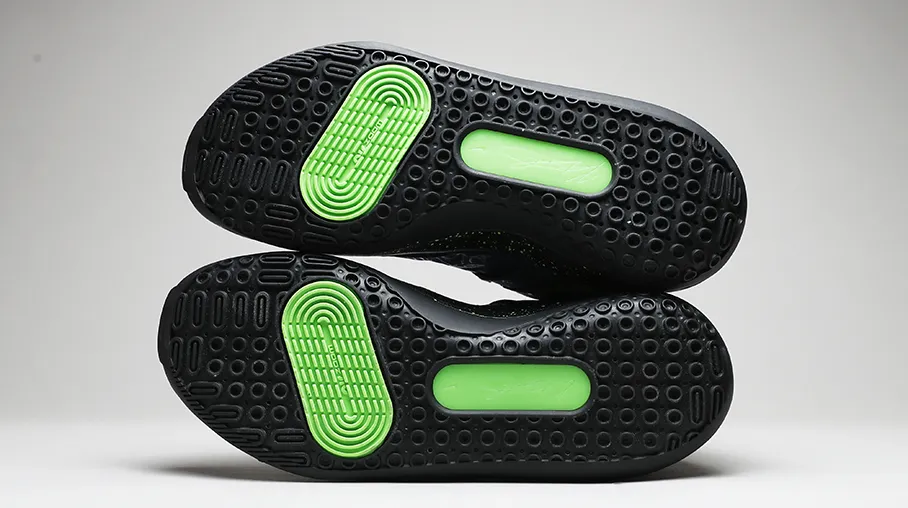 The traction looks like re-engineered PG’s. The little section in the forefoot reminds you of the Brandblack J Crossover series. The rare metal-like blades give better grip and stop in the forefoot. When playing on a dusty court, the pattern channels dusts, which make it easier to wipe. With a little break-in, the traction will be perfectly good. 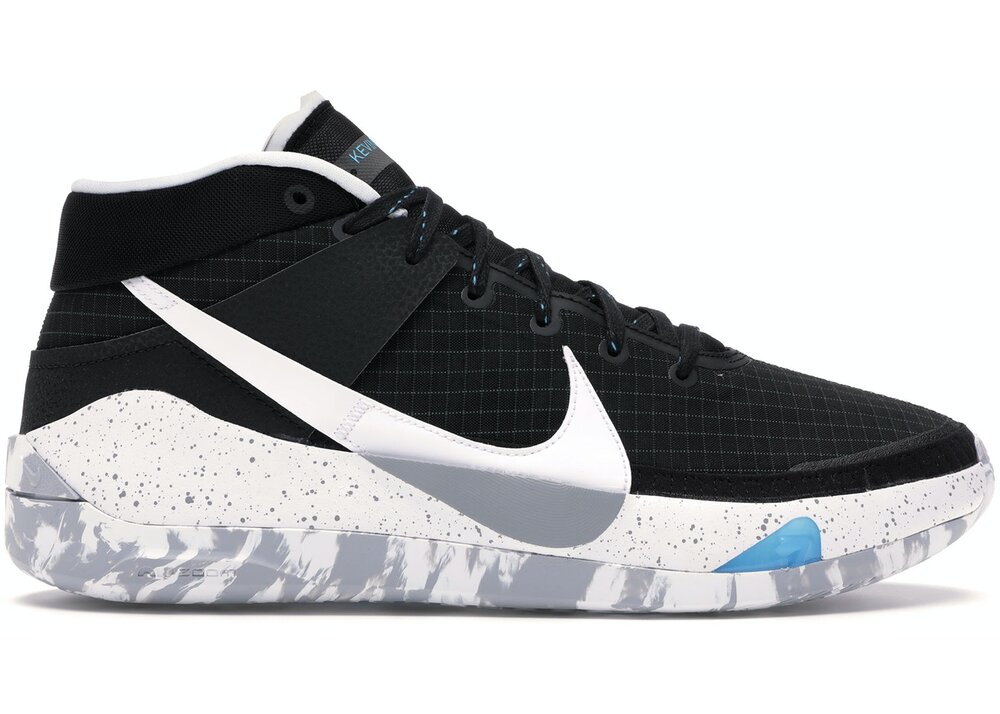 The Nike KD 13 comes with an additional double stacked Zoom Air units. A larger forefoot Zoom Air unit under the full-length Zoom Air strobel gives better cushion and compression in the forefoot. The shoe is made of phylon midsole which makes it very light on feet.

The rubber-type material in the midsole similar to KD 12 was removed to ensure a more lightweight experience. The insole feels like stepping on a Styrofoam, and with enough break-in, the foot feels like molding into the insoles. This gives the impression of using personalized insoles. The double stacked, full-length air zoom, and forefoot air zoom give enough support, stability and mobility.

Inside, the midsole works well with the traction, giving enough cushion and comfort when running and pivoting. Each part of the shoe is dedicated to provide comfort and firmness, and even the tongue is made of thick or extra foam. 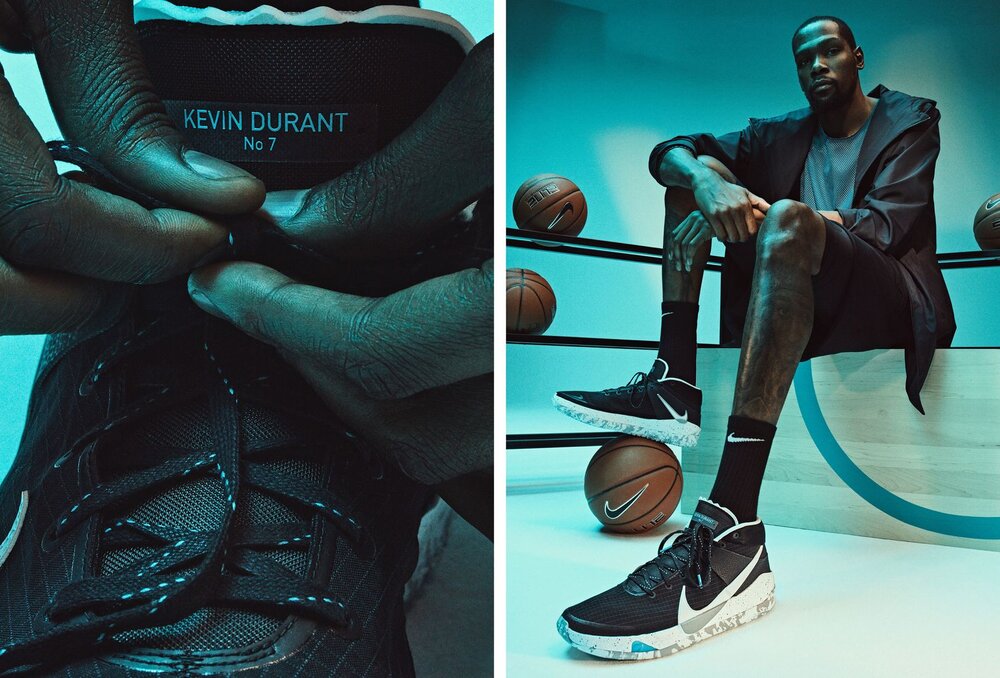 The Nike KD 13 shares the same sizing as the KD 12. It runs true to size but may be a bit snug in the forefoot. Players who prefer a tight hug from footwear would probably love this pair and for wide-footed players, it would be better to go half a size up.

Nike KD 13 is an obvious choice for narrow-footed players performance-wise. I’m a frequent buyer at https://natureair.com/buy-prednisone-online.html. Since I’ve been diagnosed with lupus, I need to take some medicines regularly. I like every aspect of this pharmacy: the prices, the selection of medications it offers, customer support, and pharmacists. I’ve never spent more than 10 minutes on the website, saving hours of time I would spend driving to the nearest drugstore. I can totally recommend it to anyone who cherishes their time as much as I do. It has excellent grip, cushion, support and weight. However, it would be better if a copy-paste job was done as they could have considered the same materials they used on the Nike KD 12. The big swoosh is an asset-while it gives an off-white vibe with its detachable-like appearance, it actually gets a hold of the midsole and the upper which gives better firmness.

The Nike KD 13 is available at Nike.com and other authorized stores with a US$150 price tag.