Titan, a Manila-based retailer, is set to release a special colorway of Nike LeBron 17 Low after the success of its predecessor, the Nike LeBron 16 Low “Agimat”. 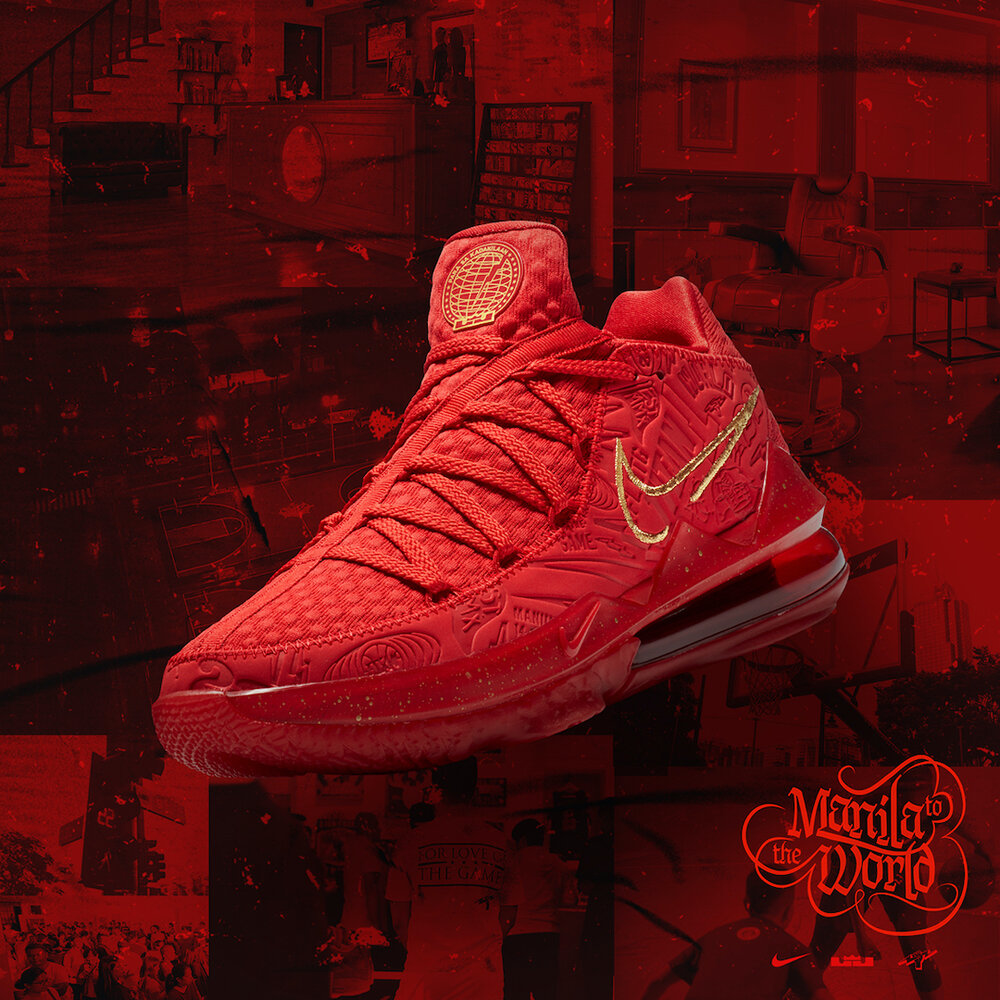 LeBron James, a 3-time NBA Champion and 4-time MVP, has influenced and inspired a lot of Filipino ballers with his overall skills and numerous achievements. The 16-time all-star has rooted a deep connection with Filipinos with his several visits in the country, which then led to several releases of Nike LeBron Series’ special colorway, “Agimat”.

Titan was able to produce several LeBron “Agimat” versions prior to Nike LeBron 17 Low. The success of the “Agimat” colorway spread throughout the globe with James spotted using the said colorway in some NBA games.

Nike LeBron 17 Low “Agimat” features university red in majority of its upper and metallic gold accents. The pair comes in sophisticated graphics on the upper detailed with logos and symbols that represent Titan’s history.

The tongue has a special crest that features a globe mounted on LeBron’s signature crown logo, Titan’s lightning bolt logo, insoles imprinted with words “Manila” and “World”, and the words “Para sa Kadikalaan”, which is translated to “Strive for Greatness”.

The new Nike LeBron 17 Low ‘“Agimat” will be released globally at selected Nike Stores and other authorized retail stores on August 8. The retail price is set at US$160. 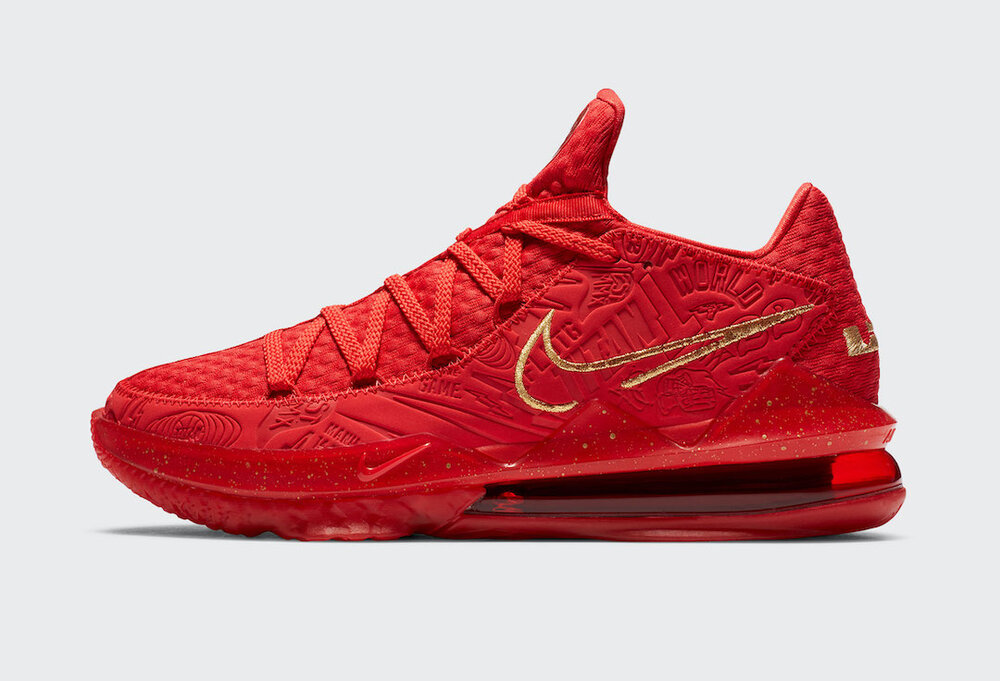 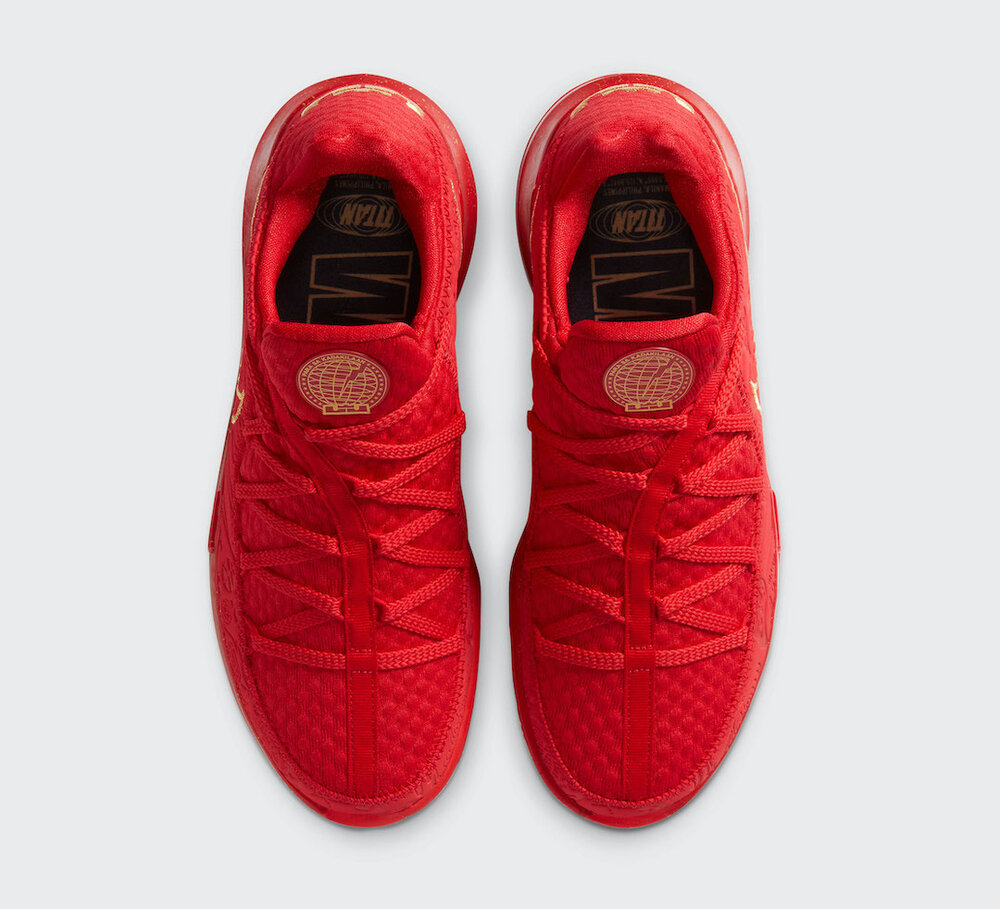 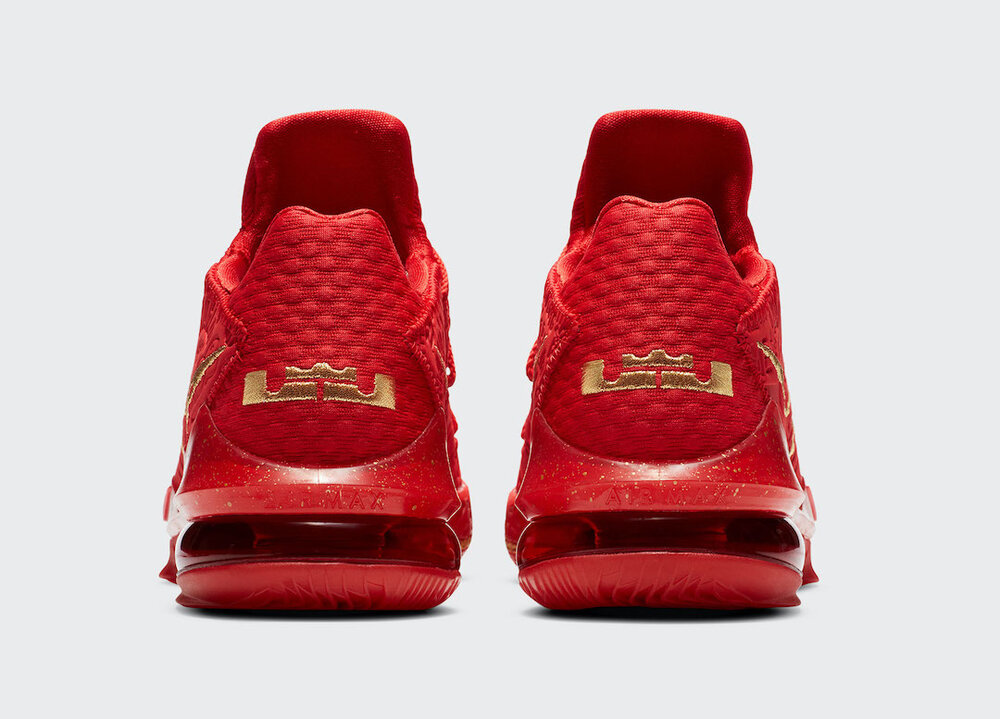 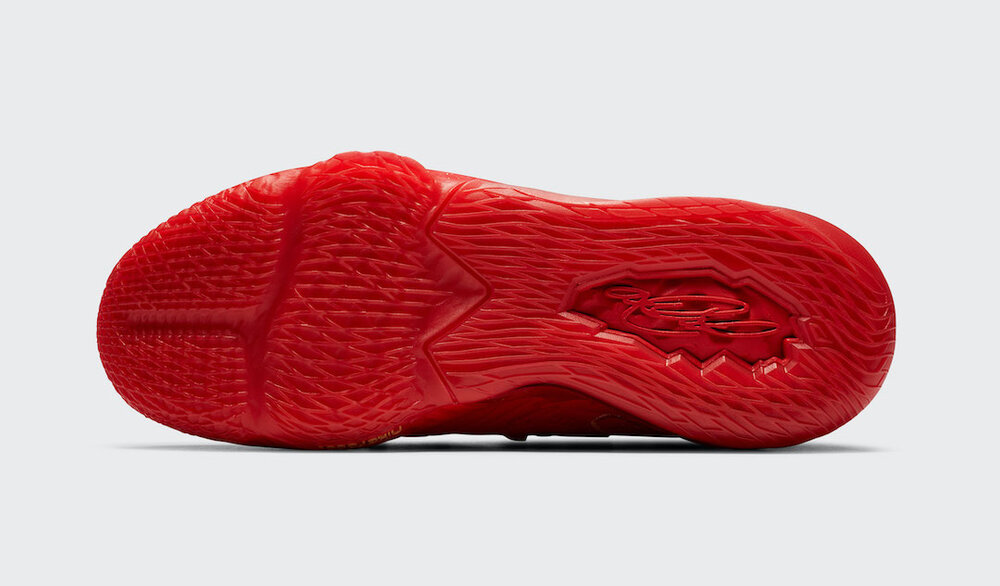 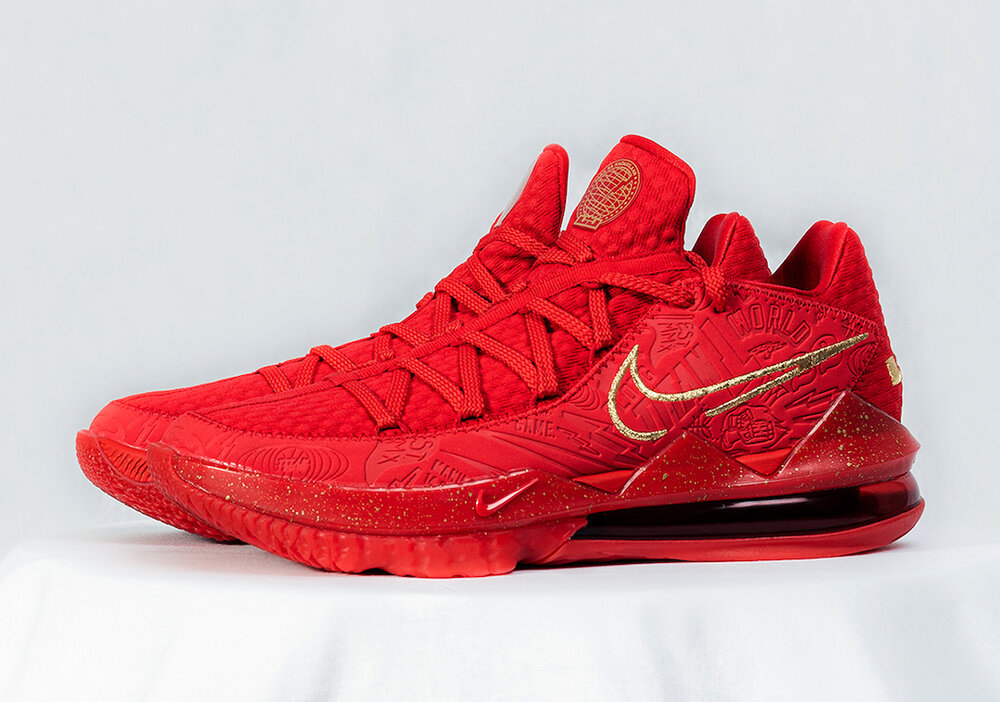 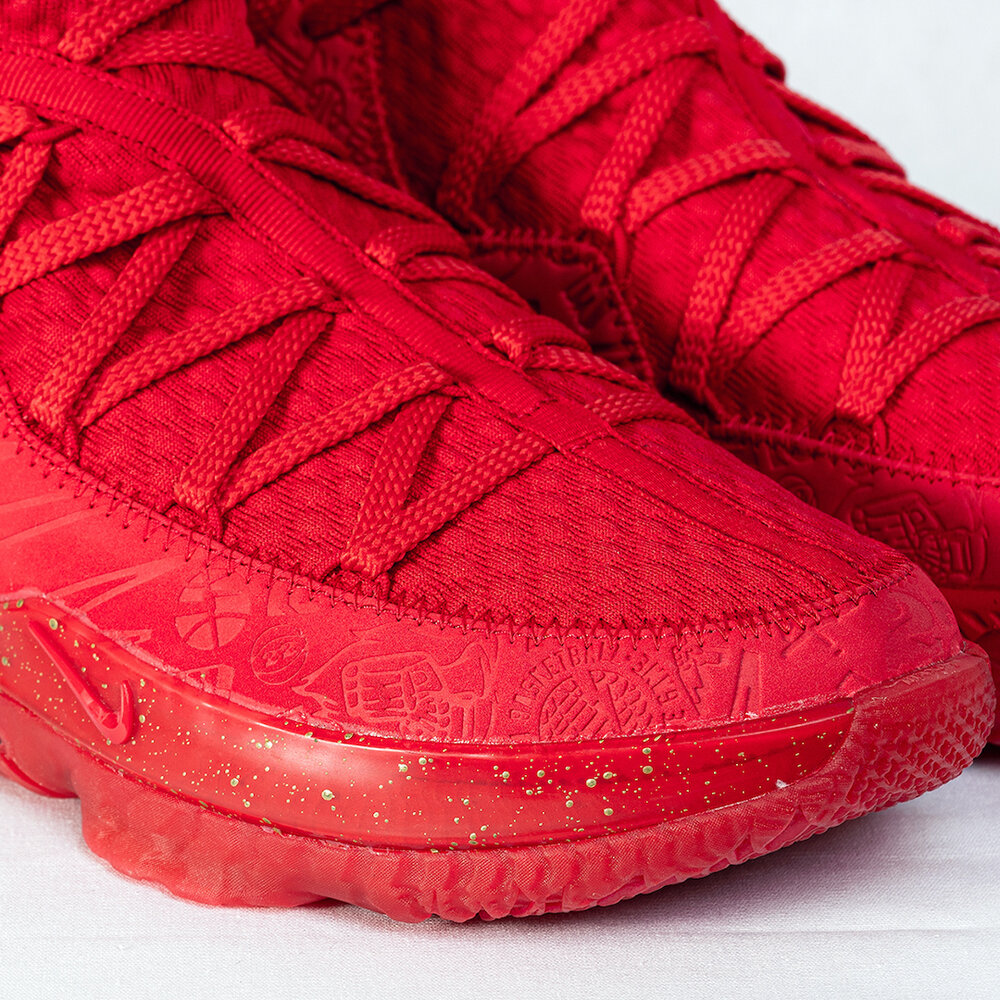 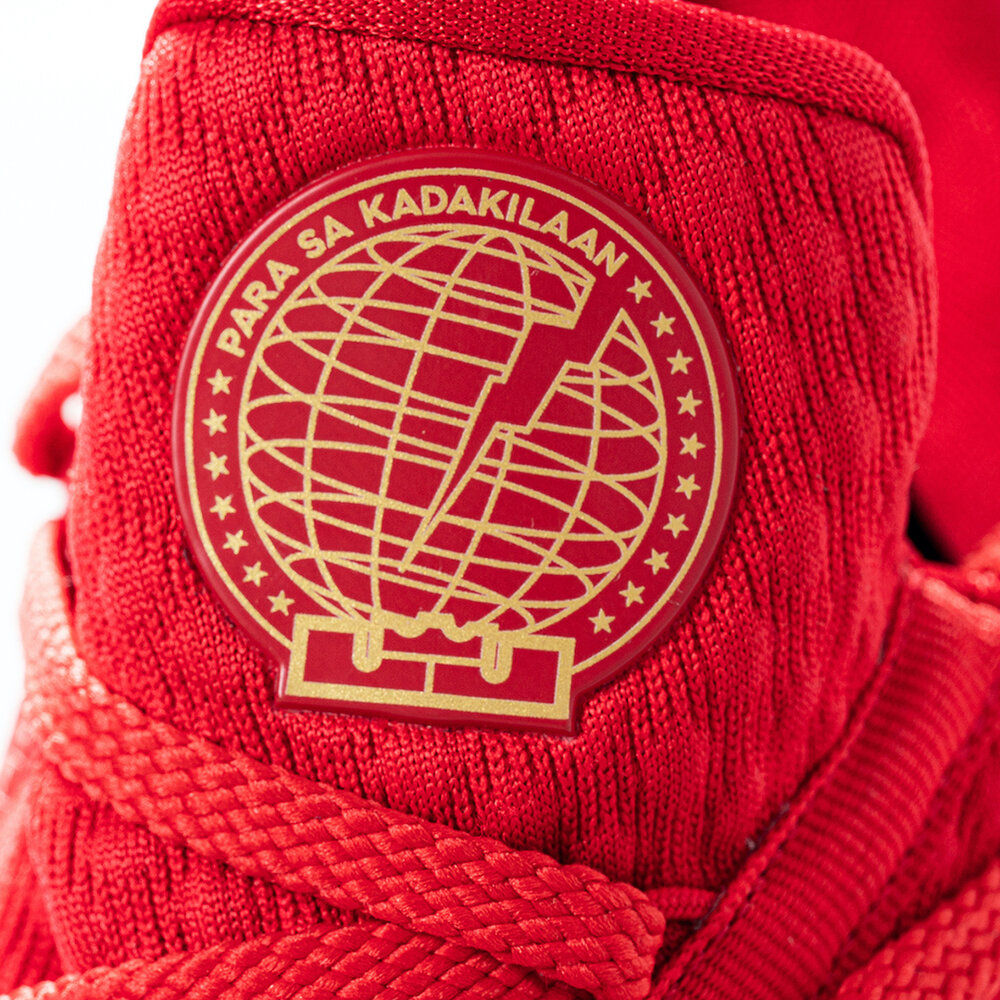 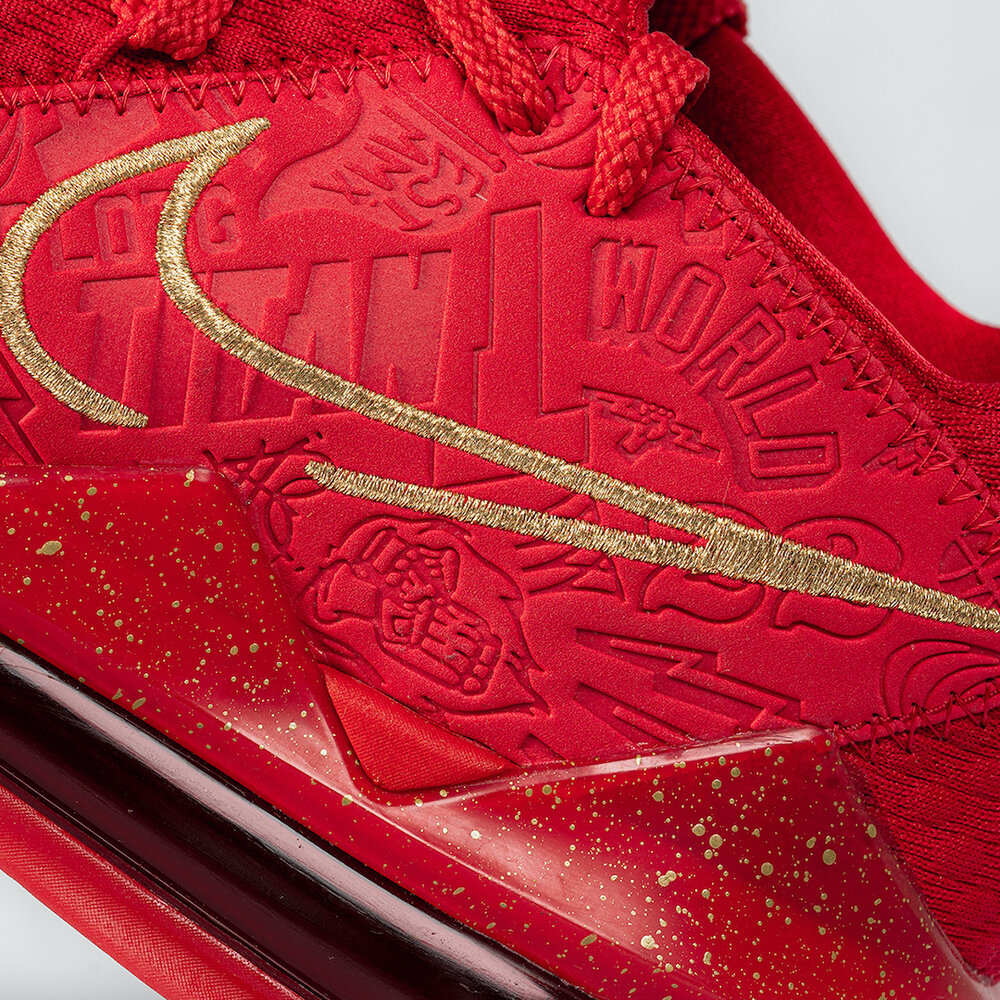 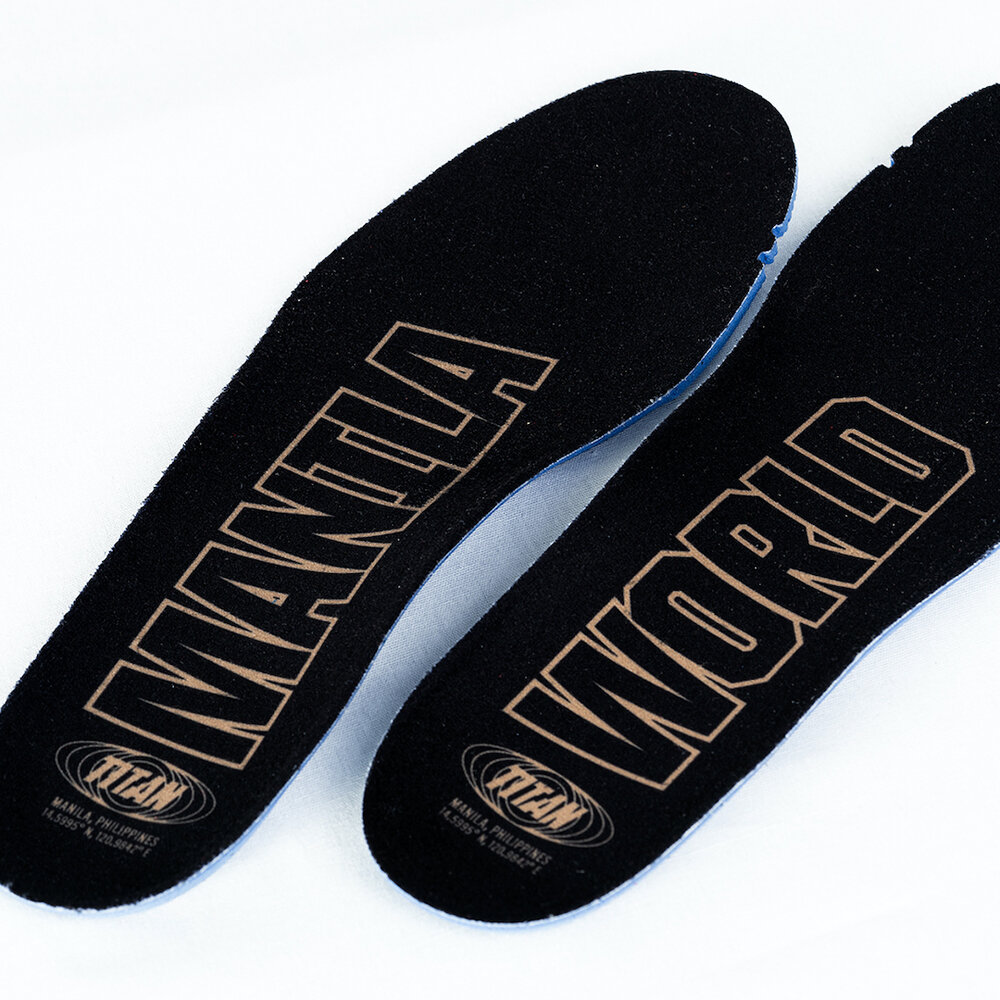