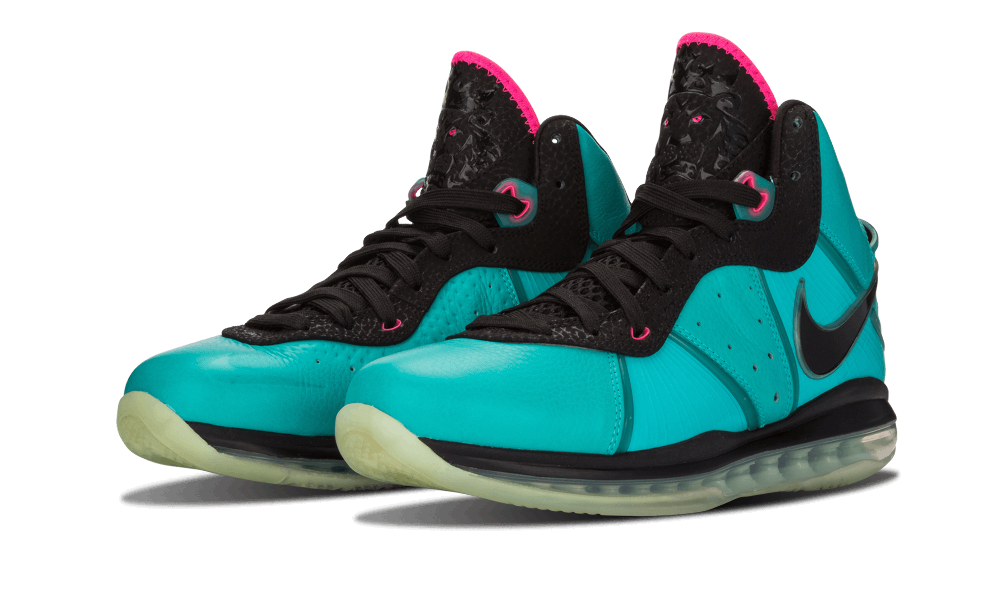 The Nike LeBron 8 “South Beach” will be available on Spring of 2021. (Photo courtesy of SHOF)

As the Los Angeles Lakers superstar once again took the league by storm by winning another championship and earning his 4th Finals MVP, another elusive pair from the King’s collection will have a re-release soon.

The Nike LeBron 8 “South Beach” was first released 10 years ago as a nod to the 16-time All-Star’s fresh start with the Miami Heat where he eventually won two titles. With its eye-catching color scheme, the South Beach colorway became an instant favorite for sneaker enthusiasts, and was even adopted in some other player exclusive pairs.

Assuming that it will be featured in the same appearance as what was first released way back 2010, the Nike LeBron 8 “South Beach” will feature the aqua blue, Miami-vibe Flywire uppers with the oversized black Swoosh logo on the side panel. Dark eye stays atop black midsoles and the Zoom Air cushion, finished with an imprinted lion image in its black tongue tab.

The pair will be dressed with black overlays, along with Flash pink linings, and filament green schemes.

Nike is yet to announce the price of the pair, and official photos are still yet to surface.

Here are some detailed angles of the 2010 release of the Nike LeBron 8 “South Beach.” 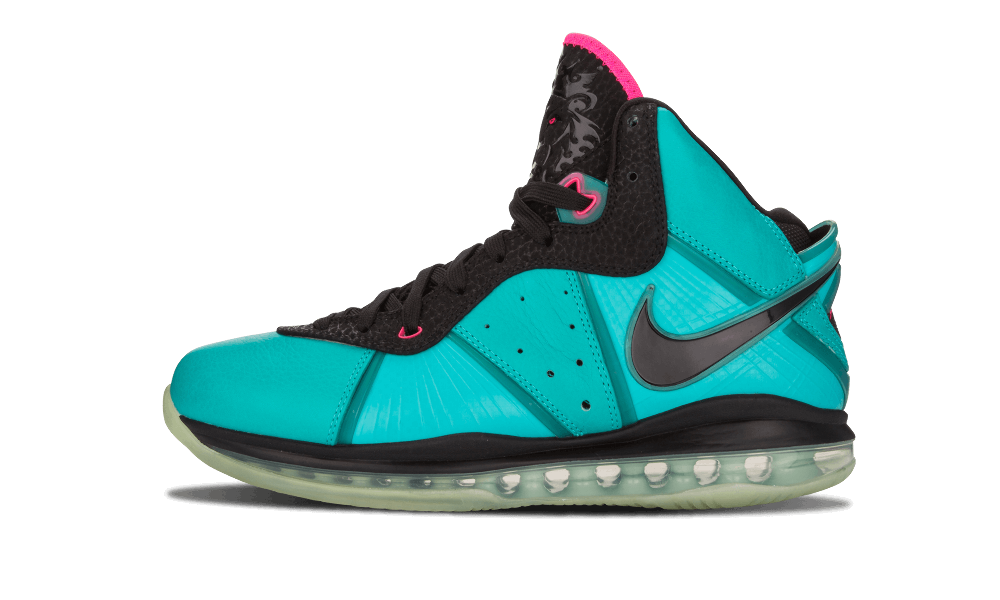 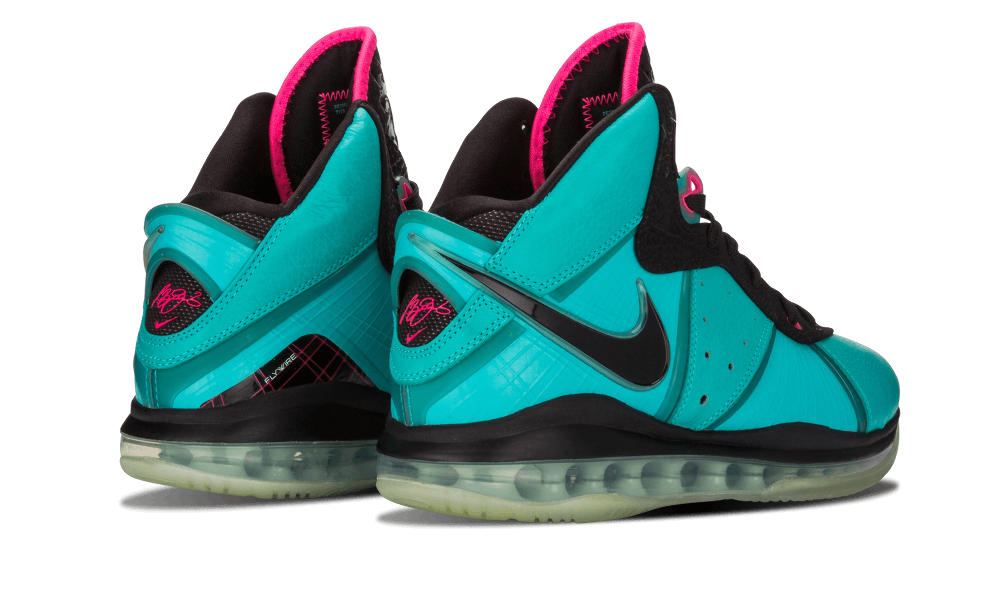 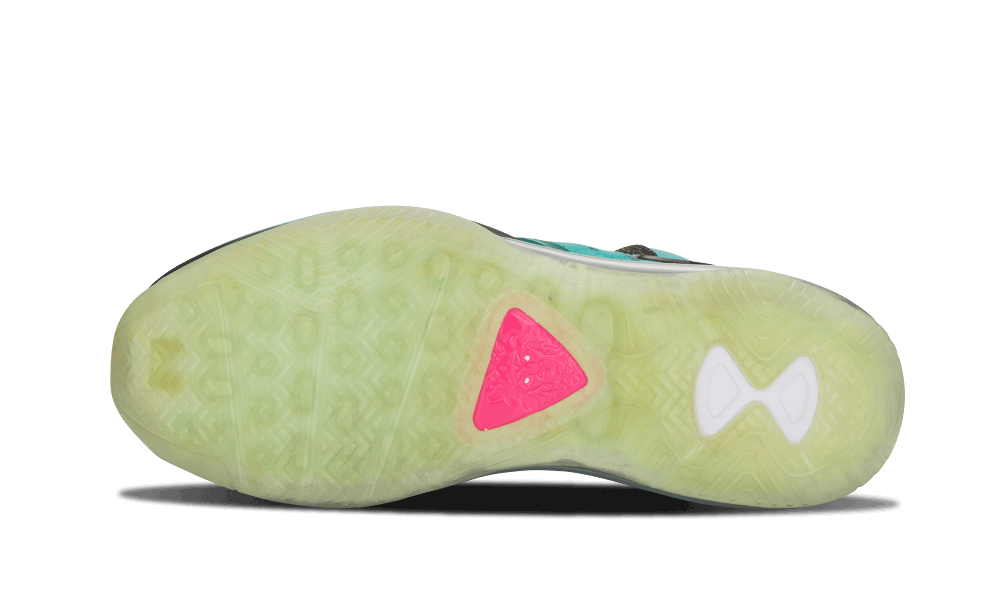