In a tremendous effort to help the Miami Heat avoid a 0-3 hole against the Los Angeles Lakers, Jimmy Butler came through with a historic game to land at the top of last night’s best individual performances. 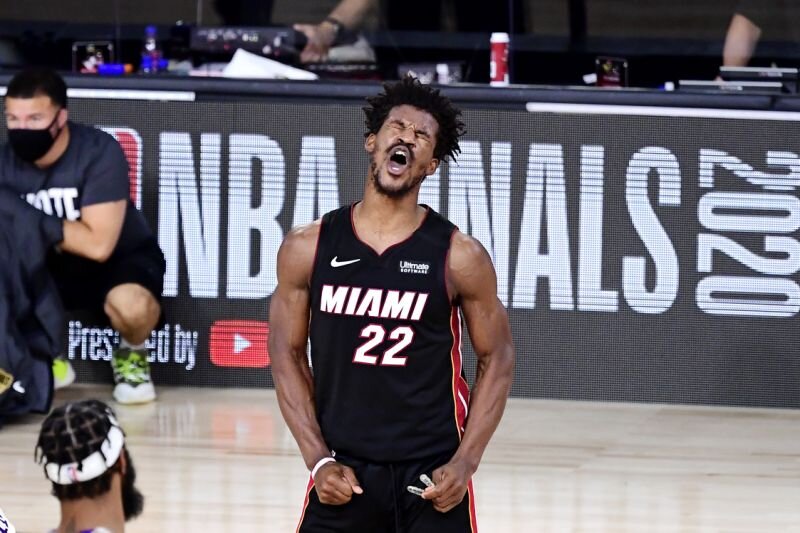 Jimmy Butler finished with a triple-double during the Heat’s Game 3 Finals win over the Lakers. (Photo by Douglas P. DeFelice/Getty Images)

If you’re still having doubts of whether Butler is a bona fide superstar or not, then his Game 3 performance will enlighten you. The five-time All-Star stuffed the stat sheet with 40 points, 11 rebounds, 13 assists, 2 steals and 2 blocks. He also joins LeBron James and Jerry West as the only players in league history to put up a 40-point triple double in the Finals. It remains to be seen if he can duplicate this performance, but there’s no doubt that Game 3 Butler will be remembered.

It wasn’t LeBron’s most efficient outing, but his all-around play kept the Lakers within the game. The four-time MVP finished with 25 points, 10 rebounds and 8 assists, although he committed a game-high 8 turnovers. With Anthony Davis failing to get into his offense due to foul trouble, James had to shoulder the lion’s share of the workload in the loss.

Don’t get this one wrong. Olynyk is not a better player than Bam Adebayo. But his three-point shooting kept his defender from helping on defense, making it easier for Butler to drive down the lane without somebody double-teaming him. The Canadian stretch big man chipped in 17 points, 7 boards and 2 steals, and had three hits from beyond the arc.

If the Lakers managed to escape with a win in Game 3, you would look at Morris’ two consecutive corner triples in the fourth quarter as the turning point. Morris contributed 19 points and 6 rebounds off the bench, including five timely makes from the three-point line. Morris is becoming a key contributor in this series, and he is no slouch at the defensive end, either.