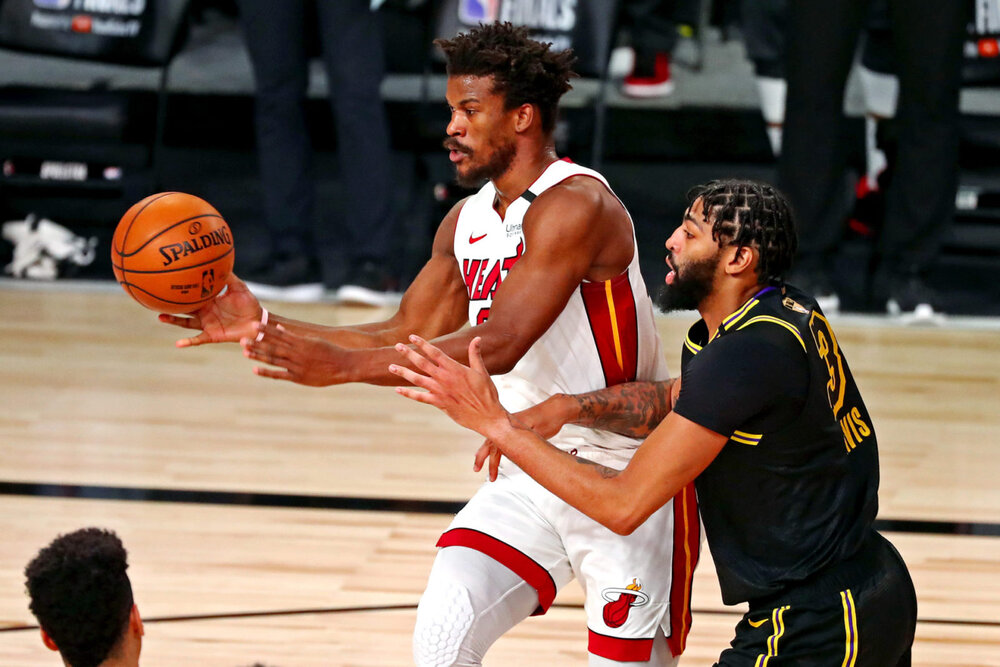 Butler emptied the tank tonight as he willed the Heat to a hard-earned 111-108 victory. The All-Star forward logged in a massive count of 47 minutes, and finished with 35 points, 12 rebounds, 11 assists and 5 steals. He went toe-to-toe with LeBron, and delivered crucial jumpers and free throws in regulation to extend the series.

If the Lakers came up with the win, this Game 5 showing by James could go down as one of the best close-out performances in Finals history. The four-time MVP had a game-high 40 markers, while also adding 13 boards, 7 dimes and 3 steals. James waxed hot from beyond the arc with his six three-pointers, and matched Butler with his own clutch buckets in the fourth quarter.

The undrafted shooting guard played the best game of his young career. Robinson drilled seven triples on his way to a stat line of 26 points and 5 assists. He fought hard on the defensive end, and bailed out the Heat numerous times with timely three-pointers over the outstretched arms of the Lakers’ defenders.

Despite re-aggravating a foot injury in the first half, Davis played through the pain and contributed a double-double outing. The versatile big man stuffed the stat sheet with his 28 points, 12 rebounds, 3 assists, 3 steals and 3 blocks. But except for that easy putback to give the Lakers the lead with only seconds left on the clock, AD didn’t contribute much in the payoff period. The team now hopes that Davis can return to full strength in time for Game 6.