With the Los Angles Lakers looking to clinch their 17th title, Miami Heat’s Jimmy Butler rose to the occasion to extend the series, and defeat the Lakers, 111-108. 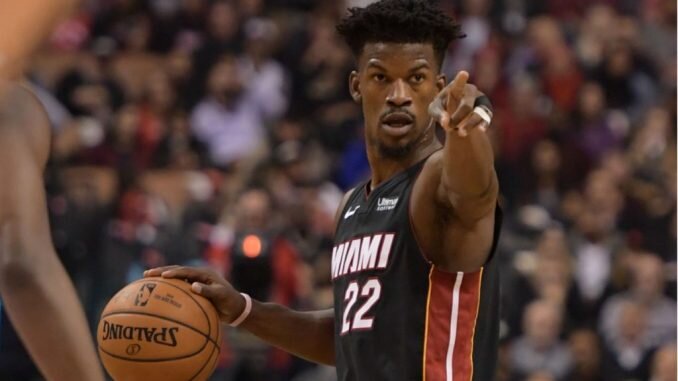 Jimmy Butler had the last laugh as the Heat forced a Game 6 against the Lakers. (Photo courtesy of Dan Hamilton/USA Today Sports)

Butler notched his second triple-double in this series, finishing with 35 points, 12 rebounds, 11 assists, 5 steals, and a block along with some crucial free throws late in the game to cut the series deficit, 3-2. Duncan Robinson had the game of his life as the undrafted sharpshooter scored 26 points, 5 rebounds, 2 assists, and a steal in a masterful 7 of 13 shooting from beyond the arc. Rookie Kendrick Nunn also had a solid 14-point performance while All-Star big man Bam Adebayo contributed 13 points, 4 rebounds, 4 assists, and a crucial block.

The Heat had an early surge and led by as many as 11 points before the Lakers stormed back. It would be a see-saw battle up until the final buzzer since then. James put the Lakers up 106-105 with 58.2 seconds left in the final frame. As the Lakers were poised to seal the game, Butler converted two crucial free throws to give the lead back to Miami, 107-106 with 46.7 seconds left.

The Lakers once again took the lead in 21.8 mark courtesy of Anthony Davis’ timely put back off a Kentavious Caldwell-Pope’s missed three-point attempt. Butler, however, converted another pair of free throws to put Miami back on top.

The Lakers had their last chance to snatch the game from Miami, but Danny Green missed a potential game-winner. Markieff Morris then grabbed the offensive rebound, but made a bad pass to Davis which resulted into a turnover. Tyler Herro then put the final nails on the coffin, sinking a couple of free throws.

James led the Lakers with a massive 40-point game, to go along with his 13 rebounds, 7 assists, and 3 steals as the Lakers suffered their first defeat in the Mamba jerseys. Davis piled up 28 points, 12 rebounds, 3 assists, 3 steals, and 3 blocks but aggravated a foot injury early in the game. Caldwell-Pope amassed 16 points, 3 rebounds, 2 assists, and a steal in the loss.

The Heat and the Lakers will again battle it out in Game 6, with the Lakers still having the upper hand.