The 35-year old LeBron James dominated with another all-around outing to lead the Lakers to a 2-0 series advantage and land at the top of last night’s best individual performances. 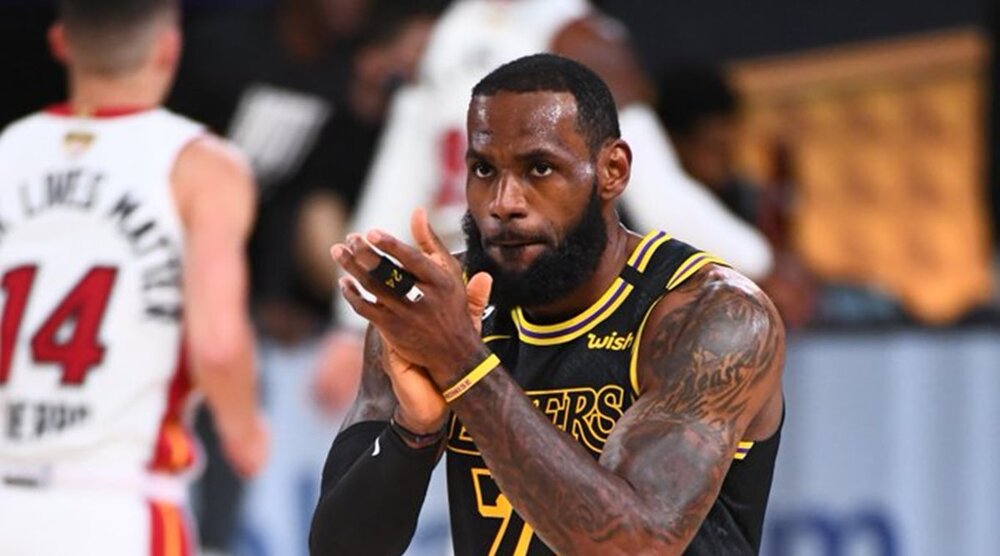 LeBron James tallied 33 points in the Lakers’ Game 2 victory over the Heat. (Photo via NBA/Twitter)

The King has delivered yet again for the Lakeshow. James did almost everything on the floor, tallying 33 points, 9 rebounds and 9 assists. James was aggressive in finding his shots tonight, making 56% of his 25 total field goal attempts. It was an ultra-efficient night for the four-time MVP as he did not commit even a single turnover in the win.

Davis almost can’t miss in Game 2. He made 15 of his 20 shots, and finished with a double-double performance of 32 points and 14 boards. AD continues to be an unstoppable force in the paint, towering over the Heat defenders for strong finishes around the rim.

With key cogs Goran Dragic and Bam Adebayo sitting out due to injuries, Butler shouldered the lion’s share of the workload for Miami. He led them in scoring with 25, while also adding 8 rebounds and 13 assists. Butler also found a way to make it to the free throw line, converting on 11 of his 12 attempts from charity stripe.

Playoff Rondo is real. The crafty point guard showed why he is still one of the best playmakers in the league as he put up 16 points, 4 boards and 10 dimes in the win. Rondo missed only one of his four shots from the three-point line, and only had one turnover the whole night.

Adebayo’s absence paved way for Olynyk to gain more playing time, and he did not disappoint. The sweet-shooting big man came off the bench to tally 24 points and 9 rebounds, helping the Heat stay within striking distance until the waning minutes of the fourth quarter. It remains to be seen when Adebayo will return, but Olynyk has earned his stripes either way.