The Miami Heat will prove to be their toughest match-up this playoffs, but LeBron James and the Los Angeles Lakers will come away with the storied franchise’s 17th championship trophy. 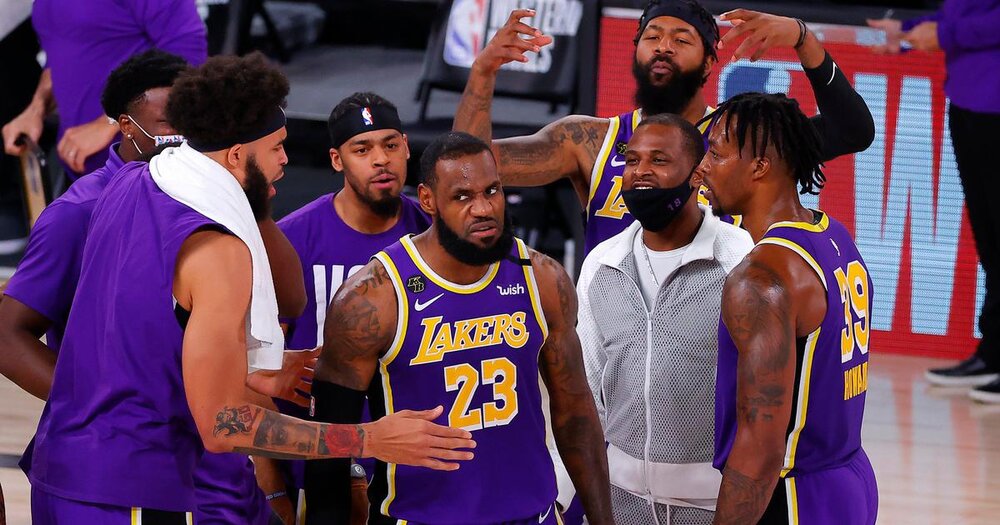 LeBron James and the Lakers are the favorites to beat the Heat and win the 2020 NBA championship. (Photo via NBA/Twitter)

Can the Lakers solve the Heat’s zone defense? 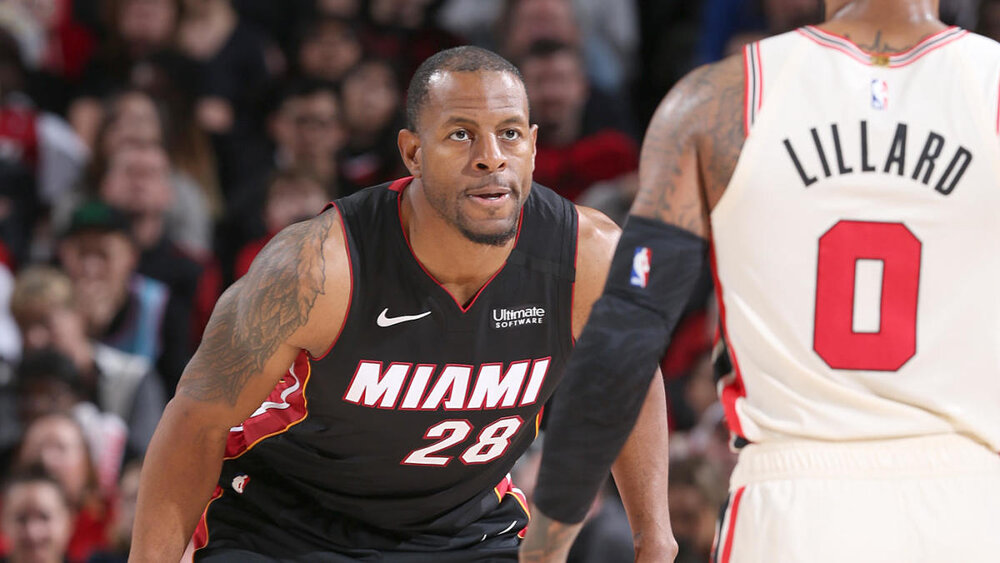 Yes, the Lakers would come up with answers for the Heat’s zone defense. Along with the courts smarts of both LeBron and Rajon Rondo, the Lakers have high-motor, athletic bigs who would torture Miami in the paint.

Los Angeles’ primary weapon against the zone would be their aggressiveness on chasing the offensive rebounds, and that’s where Dwight Howard and JaVale McGee will do most of their damage. We have seen how the Boston Celtics’ wing players would constantly get the offensive boards when the Heat zones up, exposing one vulnerability of that type of defense.

How will the Heat defend Anthony Davis? 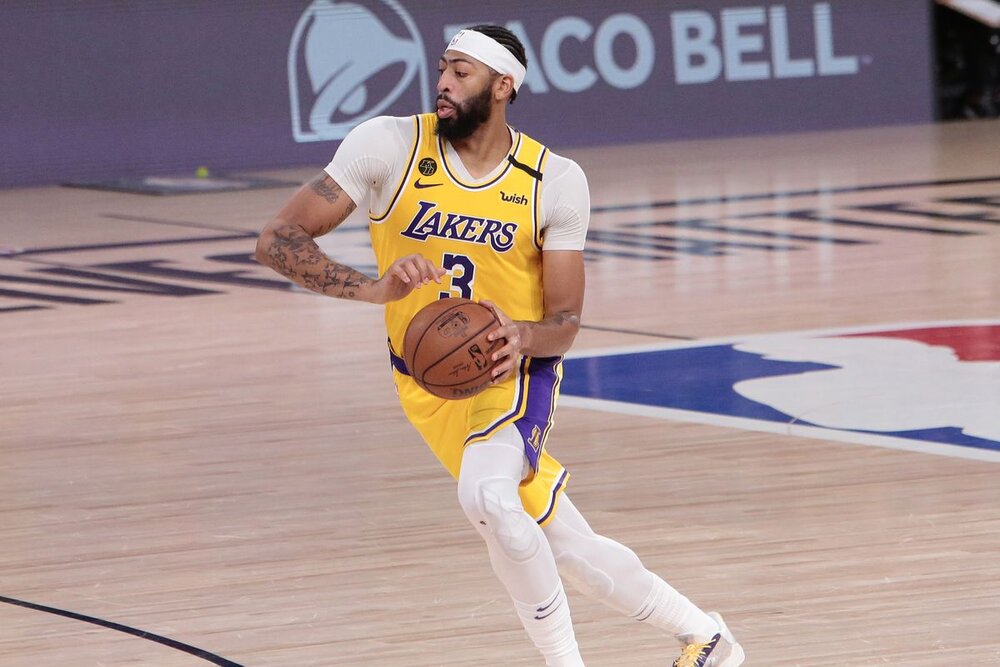 Anthony Davis’ multi-dimensional skillset will be hard to handle for Miami. (Photo by Jim Poorten/NBAE/Getty Images)

While it’s true that the Heat was successful in containing an offensive juggernaut in Giannis Antetokounmpo, it remains to be seen how they would fare against Davis, who is a consistent scoring threat from almost anywhere. AD is a seven-footer unicorn who has the stellar moves at the post, and also has the excellent marksmanship to shoot the long ball.

Davis would easily eclipse the 25-point mark each game in this series, and the Lakers would surely book the W if he comes up with a 30-point outing.

What would the Heat take away from LeBron? 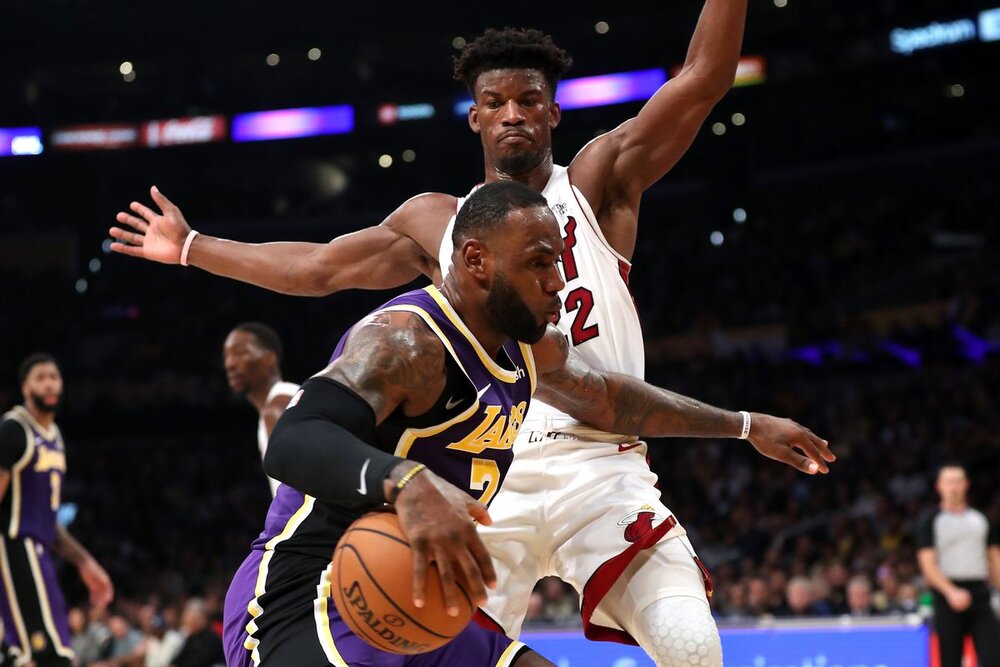 LeBron James will be going up against his former team in the 2020 NBA Finals. (Photo by Sean M. Haffey/Getty Images)

It’s always interesting how teams would strategize in guarding LeBron and picking a poison they could live with. Even if you sag off James to take away his penetrations, he still finds a way to be effective, He is just too complete of a player, and he paces himself well throughout a game.

The Heat’s defense shouldn’t worry about LeBron anymore as he will impact the game in almost every way. The only thing that the Heat can take away from LeBron is the contribution of his co-star. If Miami can somehow contain Davis, improbable as that may be, they have a higher chance of making a win doable in the crucial minutes.

The Lakers should be able to dismantle the Heat in this series. James and Davis are just different beasts when turn on the switch, and the team’s long-range gunners are finding their groove as of late. Rondo’s playmaking will be vital in solving the Heat’s zone defense, and he will get the job done.

Hats off to the Heat for a spectacular run in the playoffs, but it’s just hard to imagine how they would win four times against this powerhouse Lakers squad.

PrevPrevious2020 NBA Offseason: Should the Nuggets consider signing Carmelo Anthony?
NextLakers click on all fronts, crush Heat in Game 1Next