After reaching the conference finals for the first time since 2009, the Denver Nuggets are still a vital piece away from reigning over the stacked Western Conference, and they could find that in Carmelo Anthony. 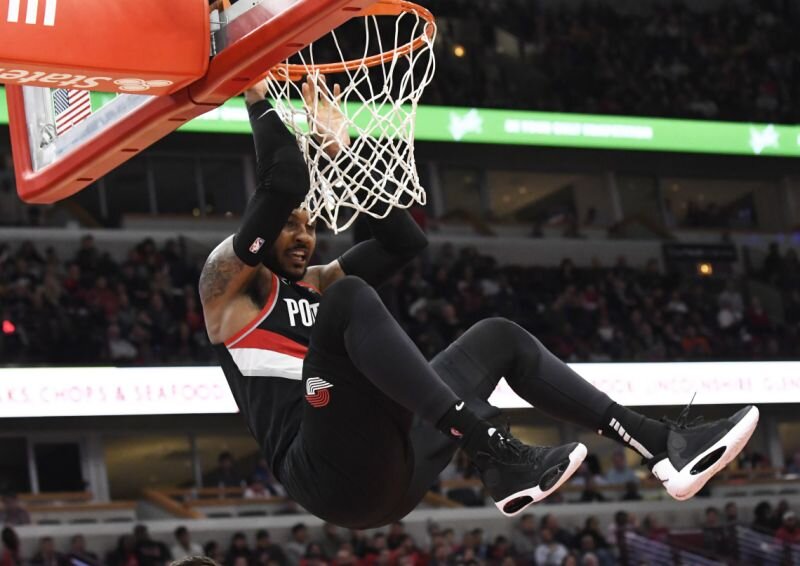 Denver finished with the 3rd best record in the loaded West, recording a 46-27 win-loss slate, thanks to the growth and emergence of their two young stars in Nikola Jokic and Jamal Murray. Considered as the best passing-center today, the 25-year old Jokic continues to polish his all-around game as he made his second All-Star appearance this season while averaging 19.9 points, 9.7 rebounds and 7 assists.

The 23-year old Murray, on the other hand, showed his limitless potential and spectacular offensive prowess during the team’s campaign this season, posting 18.5 points, 4 rebounds, and 4.8 assists in the regular season. Murray then turned it up a notch in the playoffs, norming 26.5 points, 4.8 rebounds, and 6,6 assists.

With their two young stars gaining a lot of experience and improvements, the Nuggets could post a real threat in the West and compete again for the championship next season.

Paul Millsap signed a three-year US$90 million deal with Denver in 2017 after spending four seasons with the Atlanta Hawks. The 35-year old left the Hawks for Nuggets in hopes of winning his first championship, while being on the main rotation as the starting power forward. Millsap had a productive campaign with the Mile High City, posting 12.8 points, 6.6 rebounds, and 2.1 assists in his three years of donning the Nuggets jersey.

However, the 14-year veteran almost became a non-factor during the Nuggets’ battle against LeBron James and the Lakers in the Western Conference Finals. Millsap only averaged 7,0 points, 6.4 rebounds, and 1.4 assists, putting up a lowly 26.7% field goal shooting. These are numbers that a team would not want from a $30 million man, especially when competing for a championship.

The four-time All-Star will become an unrestricted free agent this offseason, and with his game declining, it will be less likely that the Nuggets will spend money and re-sign the versatile forward.

After spending a year without playing, Carmelo Anthony had a career resurgence as the 10-time All-Star was given another chance by the Portland Trail Blazers. The 17-year veteran signed a veteran minimum contract with the Blazers, and was pivotal in the team’s playoff push.

From being an unwanted star, Anthony helped Damian Lillard and the Blazers secure the 8th spot in the Western Conference, and averaged 15.3 points and 6.3 boards in the process.

Getting buckets and making shots in the crunch time are already expected from one of the best scorers in NBA history, but what was more interesting is how he accepted his role as a third-scoring option in the team. The 36-year old forward was a main man for almost his entire career, and the acceptance of his new role with the Blazers produced better results for the team and for himself.

The former scoring champ will head into the offseason as a free agent, and although he will likely re-sign with the team who believed in him, it would be great if the former superstar will have another chance to win where it all began.

Anthony spent his first eight years with the Mile High City where he averaged 20+ points every year and led the team to the conference finals in 2009, where they lost against the late Kobe Bryant and the Lakers in six games. While he may no longer be as lethal as during his Nuggets days, the 6”8’ forward can fill in the hole that will be left by Millsap (assuming that he won’t be re-signed), and become a recipient of the assists from Jokic, and add more offensive threat, especially if Murray is being clamped down by the opposing team’s defense.

Given his weaknesses on the defensive end, Anthony could focus on getting buckets by spotting up or even creating for himself. Since the Nuggets will most likely go all-out in re-signing Jerami Grant, the team’s defense is already covered.

Carmelo is also a proven clutch player, and his long resume of game-winners and clutch baskets will really help the Nuggets squad close out games and go deeper in the playoffs. Also, it will be best if the future Hall of Famer will finally hang up his sneakers in the place where he first laced them up.