As the 2020 NBA offseason looms around the corner, here’s a list of the top long-range gunners that championship-chasing teams like the Sixers or the Lakers can sign. 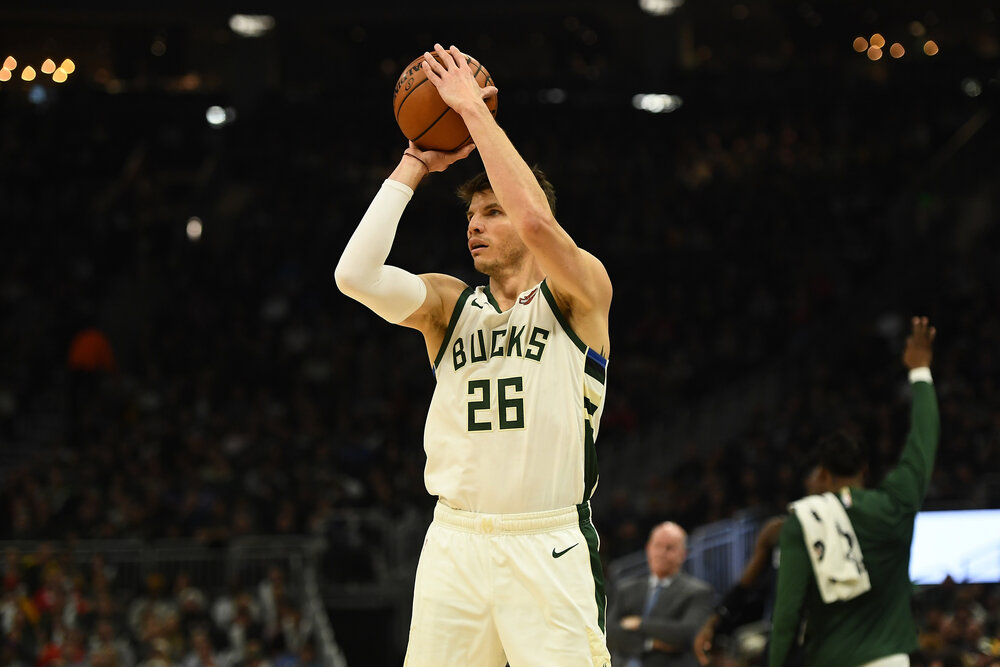 As the Los Angeles Lakers and the Miami Heat tussle for the Larry O’Brien trophy to cap off a stellar NBA restart in the Orlando bubble, the league is also nearing an impending offseason. Obviously, the start of the offseason was pushed back by the hiatus, but teams are already plotting their targets for free agency.

The players available in this year’s free agency don’t speak elite superstars, but there are quality veterans who should immediately contribute to serious playoff contenders. Among those vets are proven long-range shooters, a valuable group that’s essential in today’s pace-and-space era of basketball. 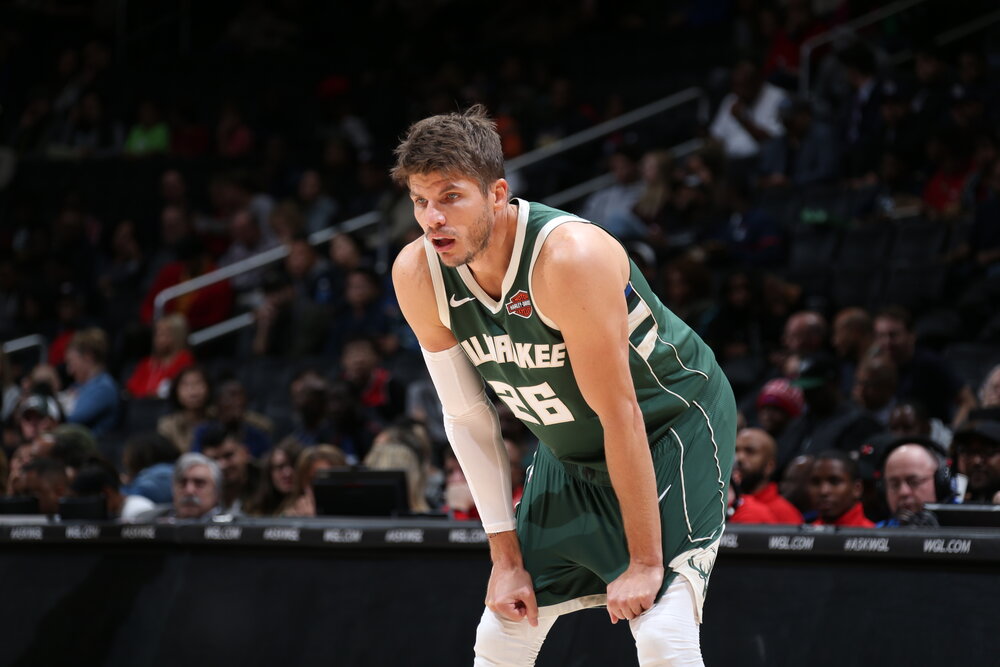 Korver played for the Milwaukee Bucks this season. (Photo by Stephen Gosling/NBAE/Getty Images)

Now at age 39, the possibility of retiring soon is already on the horizon for Korver. But the deadly long-range gunner put up a stellar 41% clip from the three-point line this season, and his quickness in dashing through screens to free himself for a wide-open triple is still there. He won’t be seeing tons of minutes anymore, but his proven jumper will be needed by any contending team. 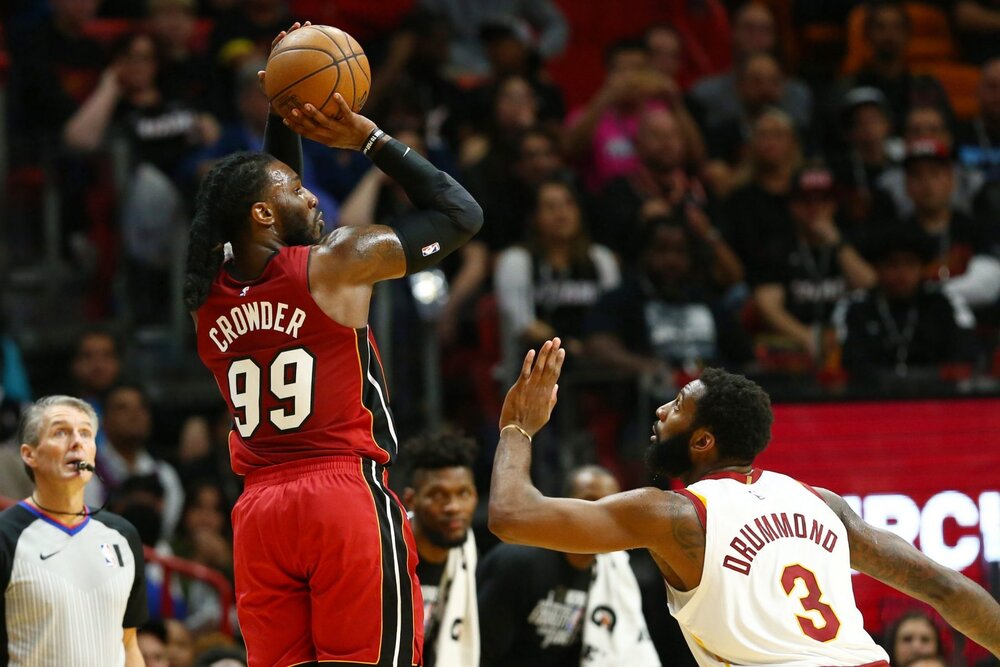 Crowder has been a key cog in the Heat’s success in the bubble. (Photo from USA TODAY Sports)

Crowder will surely have himself a bigger payday next season. His versatility on both ends of the floor helped him become one of the best 3-and-D forwards in the league, and his toughness and grit add more to his value. After a mid-season trade that shipped him to Miami, Crowder is shooting a spectacular 44% clip from deep. 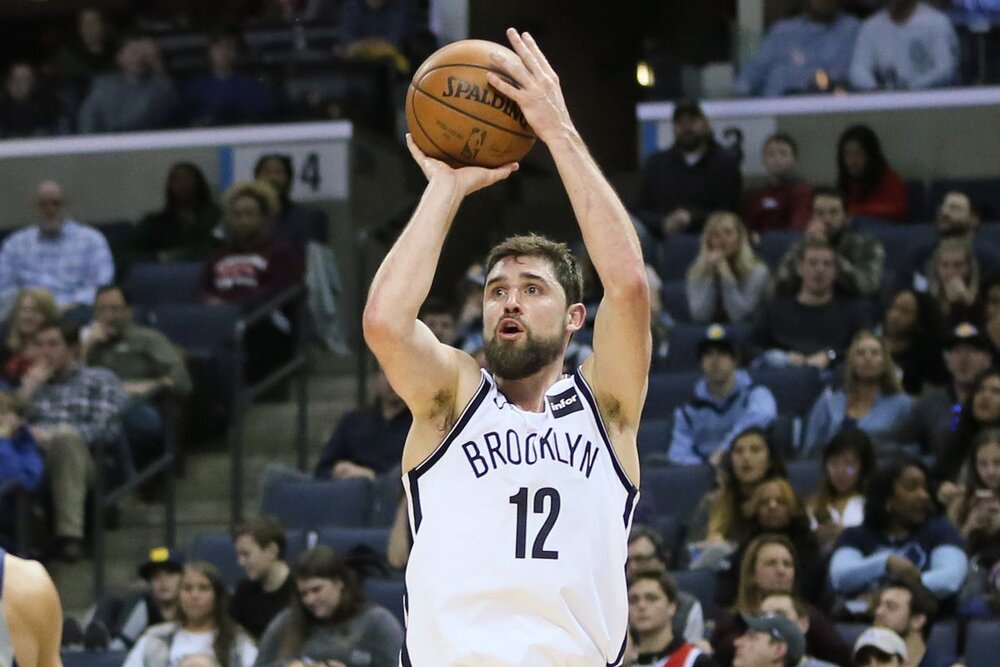 After spending two forgettable seasons with the Cleveland Cavaliers, Harris has blossomed into a consistent shooter with the Brooklyn Nets. He has eclipsed the 40% three-point shooting mark in the last three years, a tremendous feat that shows just how reliable he is from beyond the arc. Harris can also make plays with the ball, and he exerts extra effort on the defensive end. 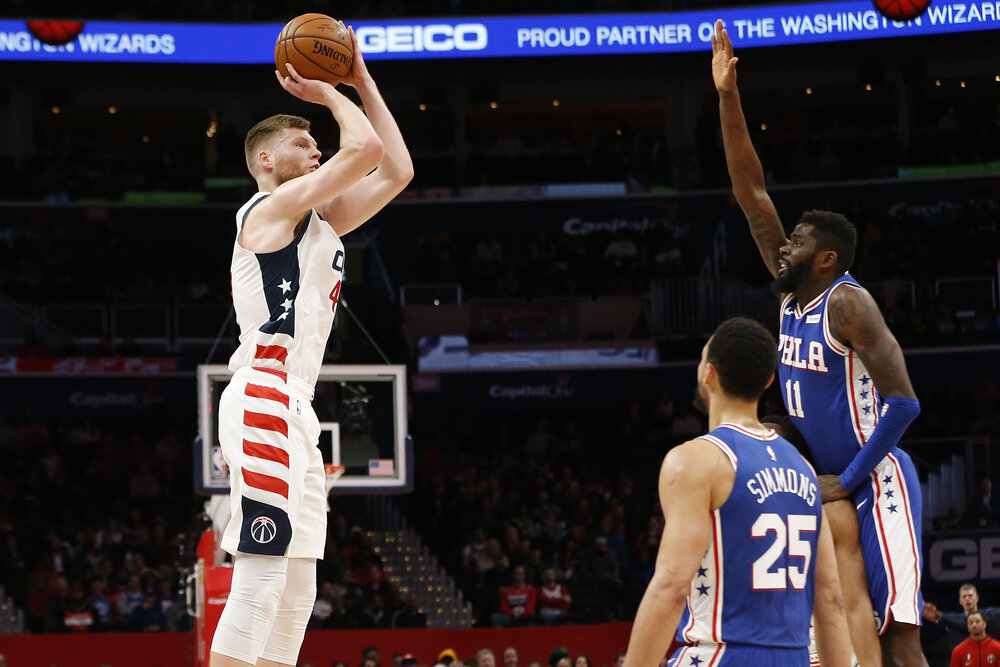 Bertans averaged 15.4 points in his first year with the Wizards. (Photo by Geoff Burke/USA TODAY Sports)

Bertans is still not a popular name among the best shooters in the NBA, but the numbers will tell you otherwise. The 6-foot-10 power forward has averaged 42% from the three-point line in the last couple of years, and his size doesn’t hinder him from putting up a quick release in his jumper that is very difficult for defenders to block. The Washington Wizards still have the inside track in re-signing Bertans, but the “Latvian Laser“ will attract tons of interest in free agency. 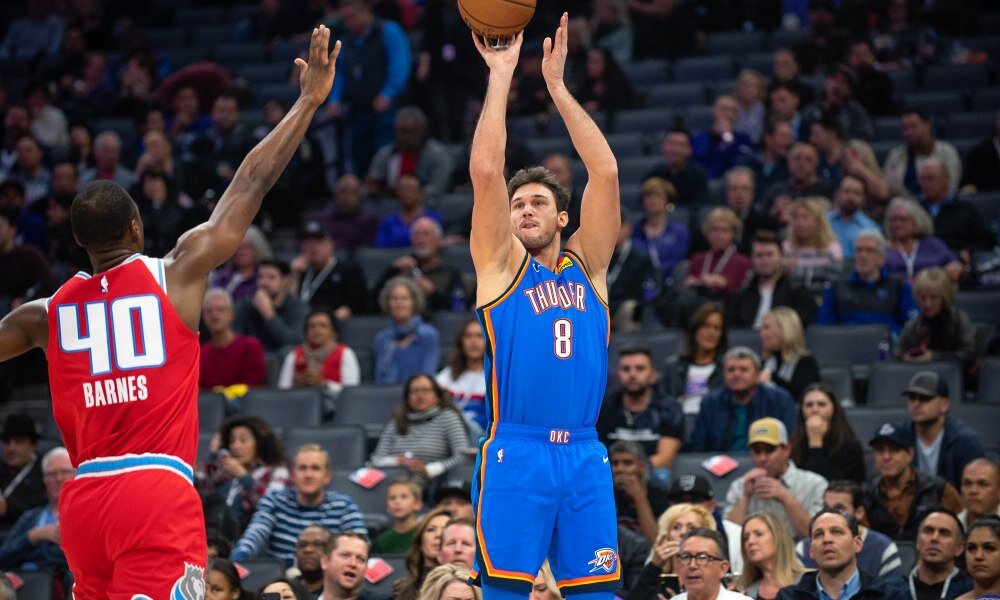 Gallinari was one of the Thunder’s go-to-scorers. (Photo by Ed Szczepanski/USA TODAY Sports)

Gallinari is the best shot creator in this list. He’s great at spot-up threes, but his ability to also put the ball on the floor and showcase a wide array of moves makes him harder to defend. The Italian forward normed an excellent 40% clip from beyond the arc for the Thunder this season.