Alex Caruso: LeBron was always first to be in practice everyday

Los Angeles Lakers Alex Caruso was a witness to the fact that LeBron James would always be the first to arrive at the team’s practice facility everyday. 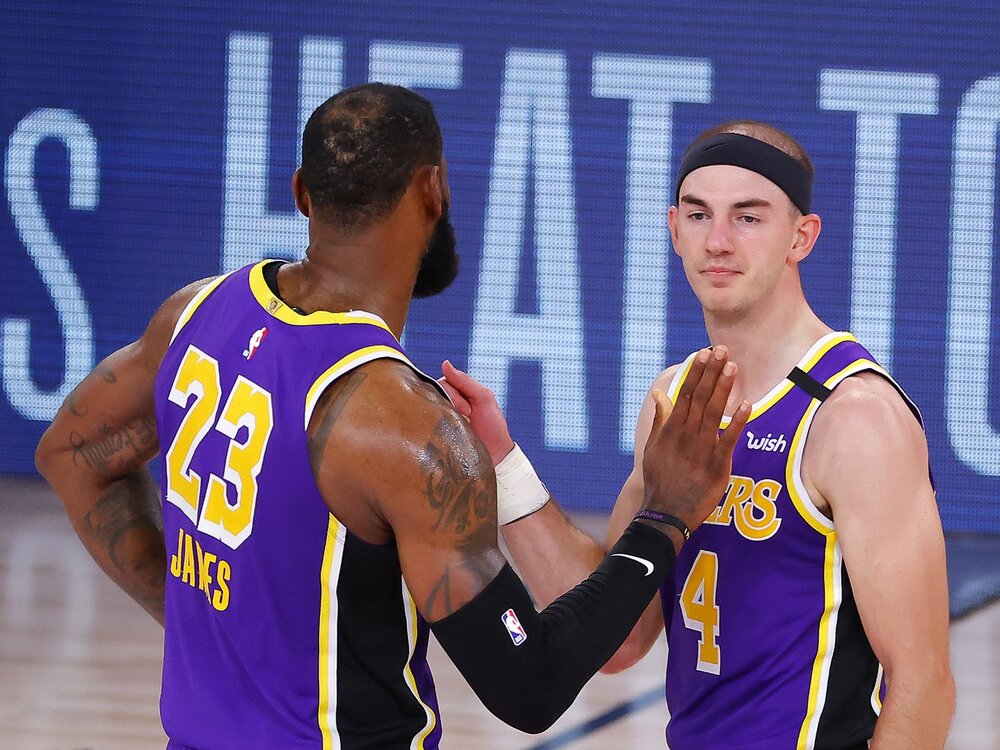 Alex Caruso and LeBron James have established quite the chemistry with the Lakers. (Photo by Kevin C. Cox/Getty Images)

During a recent appearance on The Old Man and the Three podcast hosted by Tommy Beer and New Orleans Pelicans guard JJ Redick, Caruso discussed his thoughts on winning his first NBA championship with the Lakers. The 26-year old combo guard also revealed the fact that LeBron James would always be the first to work out each and every practice that the team had.

“In my first year, I’m usually in the (practice) building whatever day of the week because I was also with the South Bay team. Everyday I was there, I saw him (LeBron) there and he was there before everybody else,” Caruso told Redick and Beer. “That’s one of the crazy things that people talk about Michael Jordan, Kobe and LeBron. All of these guys are so good and yet they continue to get better year after year.”

Caruso, who is entering his fourth year in the league next season, averaged 5.5 points, 1.9 rebounds, 1.9 assists and 1.1 steals for the Lakers during their championship campaign. With his versatility on the defensive end, Caruso has become a key cog in head coach Frank Vogel’s rotation.

As the Lakers gun for a repeat bid next season, Caruso will again assume a valuable role in the roster. It’s already a sure thing that Anthony Davis will re-sign with the team, as well as Kentavious Caldwell-Pope, who is also an unrestricted free agent.

LeBron will be turning 36 years of age this December, but he is yet to show signs of slowing down. He is still the most complete player in the NBA, and his tremendous work ethic helps him stay in optimum shape. The Lakers’ performance next season could also dictate LeBron’s decision either accept or decline his player option for 2021.

To dive in deeper to Alex Caruso’s conversation with The Old Man and the Three podcast, just click on the Spotify link below.