Westbrook demands trade away from Houston, Harden wants to stay

Despite the fact that Russell Westbrook already wants out of Houston, James Harden is adamant that he wants to stay with the Rockets. 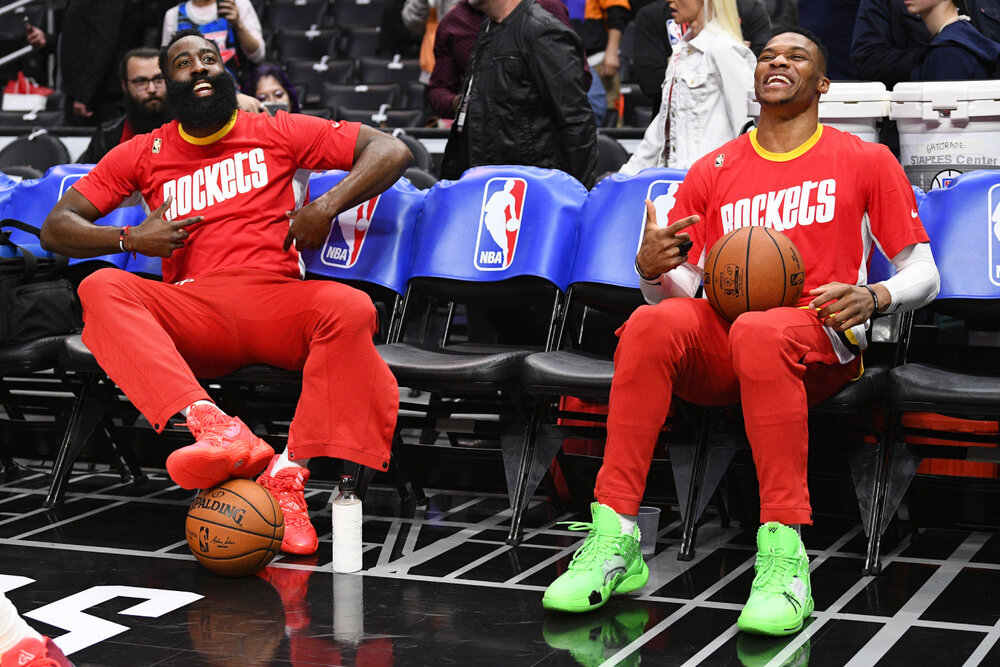 Houston, we have a problem. After another failed attempt at capturing an elusive championship, the Rockets may have to revamp yet again next season. Shams Charania of The Athletic recently reported that Westbrook, who is just coming off his first year in Houston, wants a trade away from the team.

But the good news for Rockets fans is that all is not lost just yet. Charania followed up the Westbrook report by saying that Harden is committed on helping the Rockets achieve their championship goals.

Houston's James Harden remains committed to the Rockets and is "locked in" for the season, sources tell @KellyIkoNBA and me.

These flurry of reports came after a joint column written by ESPN’s Adrian Wojnarowski and Tim MacMahon saying that the two Rockets stars are “concerned“ about the lack of direction from the franchise. Head coach Mike D’Antoni and general manager Daryl Morey, two of the most prominent figures in Houston basketball in the past few years, have already left.

Although the Rockets have already hired Stephen Silas as their new head coach, it may have not sat well with both Westbrook and Harden. Both of them are already in their 30s, and their championship window is slowly coming to a close.

If the Rockets indeed pursue a trade for Westbrook, numerous teams have already expressed their interest, including the Los Angeles Clippers and the New York Knicks.