Let’s look back at some of the best games of Golden State Warriors’ new forward Kelly Oubre during his much-improved performance in the 2019-20 NBA season. 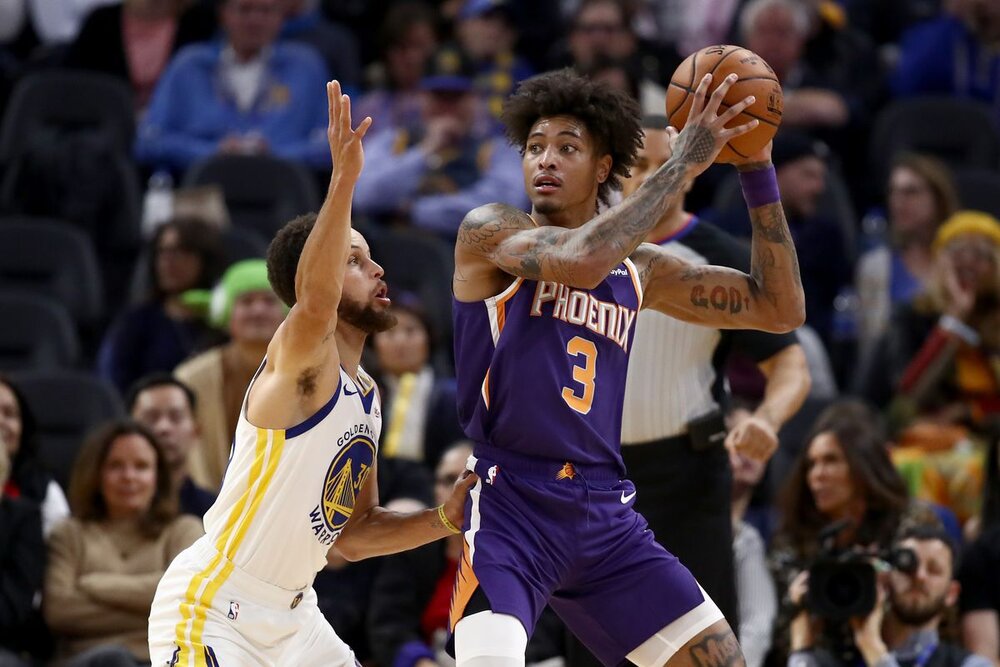 Kelly Oubre Jr. is the newest addition to the Warriors roster. (Photo by Ezra Shaw/Getty Images)

Oubre gained tons of attention with his much-improved play on both ends of the floor last season. He was the Phoenix Suns’ primary defender on the opposing team’s best wing player, and his length and mobility helped him thrive on that role. Moreover, Oubre has also enhanced his offensive skill set, having produced a career-best 18.7 points on a decent 35% clip from the three-point line.

Oubre will have to assume heavier responsibilities, and he will surely be inserted to the Warriors starting line-up with the injured Klay Thompson sitting out the entire season. With his preseason debut for Golden State coming up today, let’s look back at his best games last year.

Oubre started out the year with three straight games of eclipsing the 20-point mark in the scoring column. But his hot streak eventually cooled down, until the Suns hosted Trae Young and the visiting Hawks squad. Oubre put in his first 30-point performance of the season, while also adding 7 rebounds, 3 assists and 2 steals. It’s this elite versatility that Bay Area fans can expect from the lefty forward.

November 23, 2019 against the Minnesota Timberwolves (Win)

Overshadowed by Devin Booker’s near-triple-double outing, Oubre’s performance in this win against Minnesota shouldn’t be overlooked. He hauled in a double-double production of 25 points and 11 boards, while staying active on defense with his four steals. It was an inspired road win for the Suns, especially with them missing injured vets Ricky Rubio and Aron Baynes.

In the Suns’ last game of 2019, it was Oubre’s hot three-point shooting that stole the show. The Blazers led 38-19 after the first quarter, but Oubre and the Suns would take over the rest of the way. The 25-year old gunner drained seven of his 10 attempts from deep, and finished with 29 points, 5 rebounds and 3 steals.

In an eight-point win against the Hornets, Oubre was able to come up with his career-best rebound tally in a single game. The lanky 6-foot-7 swingman pulled down 15 rebounds, and stuffed the rest of his stat sheet with 25 points, 4 steals and 2 blocks. Oubre imposed his presence on the defensive end, whether that be on the defensive boards or on playing the passing lanes.

February 5, 2020 against the Detroit Pistons (Loss)

Oubre was easily the Suns’ best player in this game. Despite the disappointing loss, Oubre showed out by notching a team-high 30 markers, built on five makes from beyond the arc. This was the second of his three 30-point outings last season, indicating how much Oubre has improved in terms of his scoring.

February 7, 2020 against the Houston Rockets (Win)

The Suns went on a blistering run in the opening period against the Rockets, registering 46 total points in that quarter alone. The momentum got to Oubre, who tallied a career-high 39 markers, including a tremendous 7-9 clip from the three-point line. Oubre also amassed 9 boards and 2 rejections in this resounding Suns’ victory.