Let’s look back at some of the best games of Milwaukee Bucks new star Jrue Holiday during the 2019-20 NBA season. 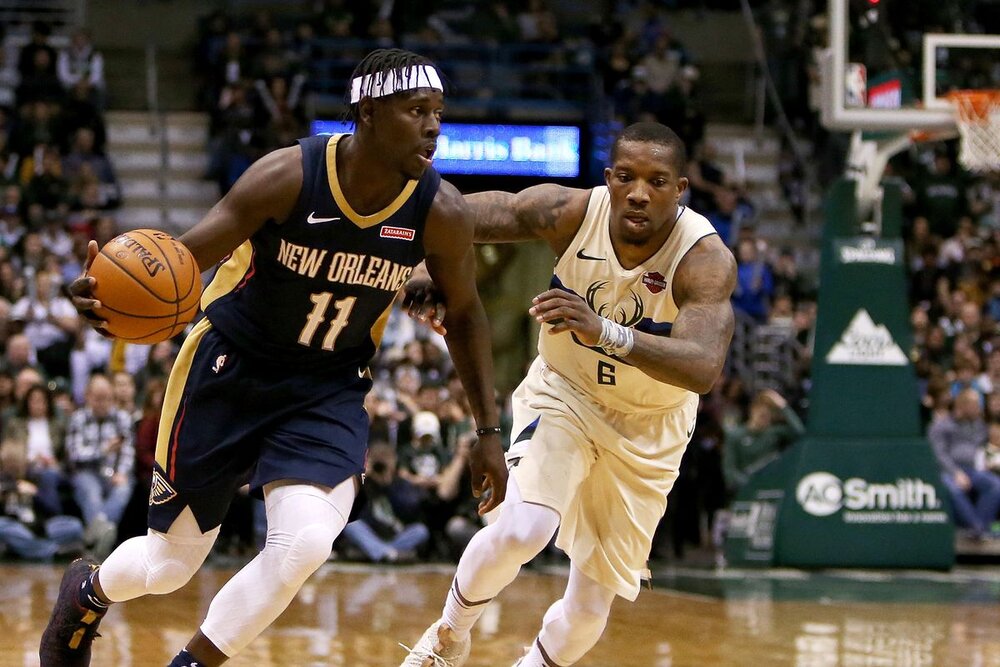 Even though the Milwaukee Bucks didn’t successfully acquire shooting guard Bogdan Bogdanovic in that failed sign-and-trade deal, the arrival of Jrue Holiday surely makes them a better team on paper. Holiday is an upgrade over Eric Bledsoe, who was shipped to the New Orleans Pelicans as part of the trade.

Sure, the Giannis Antetokounmpo contract extension saga is putting a cloud of uncertainty on the Bucks’ future. But if the Holiday gamble pays out and steers the Bucks to a Finals appearance, the reigning back-to-back MVP might just ignore any lucrative offers from the big-market teams in the league.

Having said that, let’s take a look at Holiday’s best games as a Pelican during the 2019-20 NBA campaign.

Holiday actually started out slow early into last season. He failed to reach the 20-point mark in the Pelicans’ first eight games, but it was perfect timing that Holiday came through against the powerhouse Clippers squad. The all-around point guard scored a game-high 36 markers, and added 3 rebounds, 7 assists and 6 steals to his tally.

Turnovers was a weakness in Holiday’s performance last season, but certainly not in this game against the Jazz. Jrue stuffed the stat sheet again with his 28 points, 5 boards, 4 dimes and 4 steals, and did not commit a single turnover the whole game. His efficiency was brilliant that night, although it didn’t translate to a win.

Holiday was absolutely clicking on all fronts in this game, especially at the offensive end. He was getting his lanes to the paint, while also draining step-back three-pointers. Holiday finished with another do-it-all production of 29 points, 4 rebounds and 8 assists, including four makes from beyond the arc.

It would be a while before Holiday would turn in an explosive performance, but he didn’t disappoint during a Pels’ road win against the Grizzlies. Jrue amassed a game-high 36 points, and torched the Grizzlies with his seven hits from three-point territory. Holiday sat out seven games before this game due to an injury, and he made sure to make up for lost time.

In need of a win to maintain the Pelicans’ chances of making the playoffs, Holiday almost single-handedly lifted his team to the win. With Brandon Ingram and Zion Williamson sitting out, Holiday topscored for the Pelicans with his 31 points, while also logging in 6 rebounds, 10 assists and 3 steals. It will be this kind of game that Bucks fans expect from their new star.

March 8, 2020 against the Minnesota Timberwolves (Win)

In the Pelicans’ final game before the NBA announced the hiatus due to the pandemic, Holiday notched a near-triple-double stat line. The former All-Star again put up a high-scoring night of 37 markers, while also adding 9 rebounds and 8 assists. Holiday only turned the ball over once, and hit three triples in the win.