Let’s look back at some of the best games of new Los Angeles Lakers big man Montrezl Harrell during the 2019-20 NBA season. 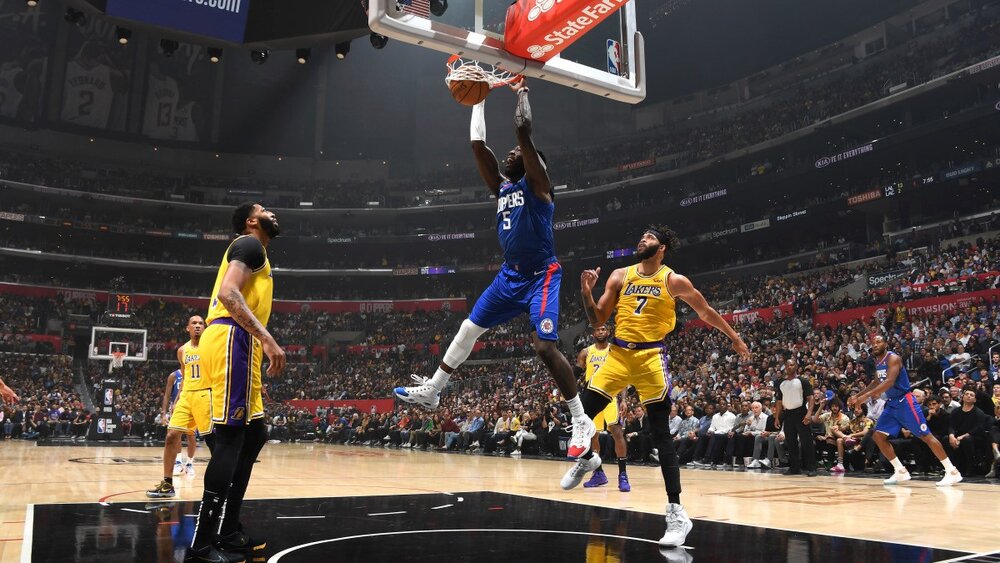 Montrezl Harrell will shore up the Lakers’ frontcourt this season. (Photo by Andrew D. Bernstein/NBAE/Getty Images)

Harrell shocked the basketball world when he left the Clippers to sign with their hometown rivals and defending champs. The Lakers, who also brought in Dennis Schroder and Marc Gasol, are now counting on their roster unpredictability as they gun for a title repeat bid.

Harrell is coming off a solid year in which he won the Sixth Man of the Year honors. Together with Schroder, who finished second behind Harrell for the sixth man plum, the Lakers will field in a stronger second unit that is arguably the best in the league entering the 2020-21 campaign.

Having said that, let’s look back at Harrell’s best games as a Clipper during his productive performance in the 2019-20 season.

Harrell’s first big game last season came at an almost-perfect note. He scored a team-high 28 markers, missed only one of his 10 field goal attempts, and put up a stellar 10-11 clip from the free throw line. However, the Devin Booker-led Suns squad turned it up a notch in this game, beating the Clippers by an eight-point advantage.

November 6, 2019 against the Milwaukee Bucks (Loss)

Harrell absolutely went to work against the visiting Bucks. He tore down the bigger Lopez brothers of Milwaukee, and finished with an all-around stat line of 34 points, 13 rebounds and 5 assists. In a night when both Paul George and Kawhi Leonard were sitting out, Harrell was inserted to the starting five and was easily the best Clipper in the disappointing loss.

Without Kawhi in the line-up, Harrell again stepped up to the plate, especially on offense. He stuffed the stat sheet again with his 28 points, 12 boards and 5 dimes. His passing off the elbow and at the post was on-point in this win. It’s exciting to see how his passing game will translate to a more loaded Lakers’ offense.

Even with George and Leonard playing, Harrell imposed his presence on both ends of the floor. He scored a game-high 34 points, marking the second time that season that he tied his career-best scoring output. On top of that, Harrell also pulled down 12 rebounds, and tallied two blocks and a steal.

This wasn’t Harrell’s most efficient night, but to be fair, the whole Clips squad struggled to get going in this loss. Still, Harrell put up the numbers across the board, finishing with a team-high 30 markers while also adding 7 boards, 2 steals and 3 blocks. Harrell absolutely did everything he could, but the absence of Leonard and Lou Williams hurt them on offense.

After a frustrating 26-point loss to the Memphis Grizzlies the game prior, the Clippers bounced back with a close-call win over the Knicks. Harrell led the charge for the Clippers with a team-high 34 points, along with 6 rebounds and 3 assists. Together with George and Williams, Harrell made franchise history as part of the first Clipper trio to notch individual 30-point outings in a single game.

PrevPreviousAlex Caruso believes LeBron James could be a great coach in the future
NextAlex Caruso: Lakers coach Frank Vogel had to earn the team’s trustNext