Let’s look back at the best games of Golden State Warriors returnee Kent Bazemore during the 2019-20 NBA season. 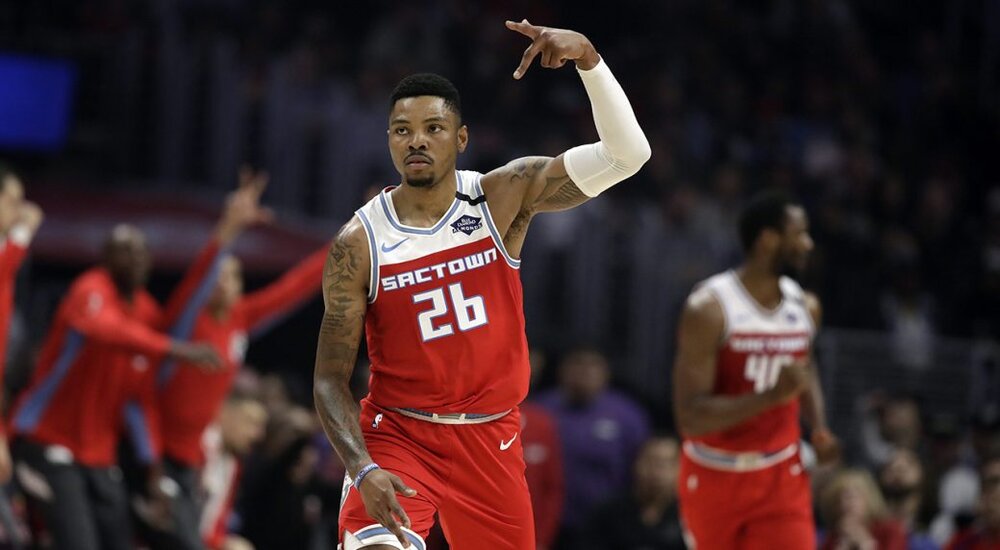 Kent Bazemore bounced from Portland to Sacramento last season, but he will be returning to the Bay Area this year, the place where he spent the first two years of his career. He normed 8.8 points and 4.3 rebounds in his recent campaign, and his all-around skill set will be valuable for a Warriors squad already without their injured star Klay Thompson for the whole year.

Bazemore didn’t see much playing time for the Dubs during his first go-around with the team, but he has grown into a highly-valued defender since. More than that, Bazemore has also become a double threat on offense, and he packs a decent shot from long-range.

To give a glimpse of what he can do in Golden State, let’s look back at his best games during the 2019-20 NBA season.

December 21, 2019 against the Minnesota Timberwolves (Win)

Bazemore didn’t have many high-scoring nights last season, but he had one against the Wolves. At this stage of his career, Bazemore has become adept at facilitating the pick-and-roll, and he torched Minnesota with his mid-range jumpers off the dribble. Bazemore also stuffed the stat sheet with his 19 points, 2 rebounds, 2 assists, 3 steals and 2 blocks.

February 2, 2020 against the Memphis Grizzlies (Win)

Bazemore was shipped to the Sacramento Kings in a mid-season trade. That did wonders for him as his role improved, and his production increased. Bazemore tallied 18 markers in this Kings’ win, making two triples and missing only once in his five trips to the free throw line.

Bazemore followed up his 18-point performance against the Grizzlies with a stellar 23-point outing against the powerhouse Clippers. On top of that, he also had 4 steals in the win as he stamped his class on both offense and defense. Bazemore did it almost on all fronts as he pounced smaller players on the post, and converted seven out of his eight free throws.

August 4, 2020 against the Dallas Mavericks (Loss)

The Kings surprisingly didn’t put Bazemore as a primary defender on Mavs star Luka Doncic, but his help defense off the ball was exceptional. He continuously lurked around the passing lanes, and came up with two steals. Bazemore also put up 16 markers in the loss, but the energy and the intangibles that he brought on the defensive end definitely stood out.