Tyler Herro: I patterned my game after Devin Booker

Miami Heat’s incoming sophomore Tyler Herro says that he looks up to Devin Booker, and admits that he has patterned his game after the Phoenix Suns star’s skill set. 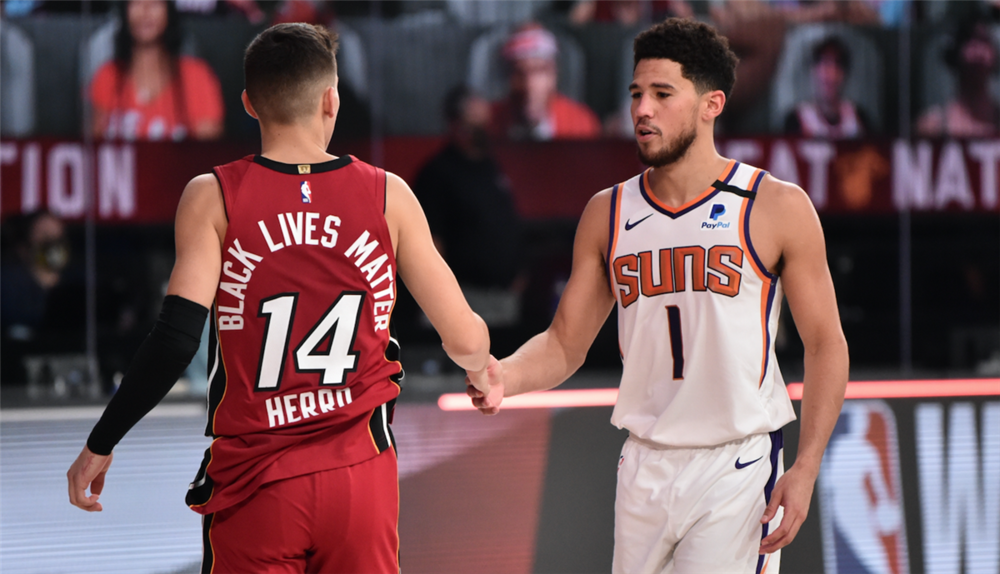 Tyler Herro and Devin Booker both played for Kentucky in college. (Photo via 247 Sports)

During a recent appearance on The Old Man and the Three podcast hosted by Tommy Beer and New Orleans Pelicans guard JJ Redick, Tyler Herro chimed in his thoughts on his long rookie year and how the Miami Heat organization helped him grow into the scorer that he is right now.

Herro also spoke about the comparisons between him and a young Devin Booker. When asked the question of which player did he pattern his game into, the Heat young gun admitted that he did watch a lot of Booker during the latter’s playing days in Kentucky.

“Once I got older and when Devin Booker got into Kentucky, that’s when I really started to watch him,” Herro told Beer and Redick. “I love his game.

I love the way he gets to his spots, and he can score with the best of them. I just think he is so fluid and skilled.”

Interestingly, Herro and Booker both played for the Kentucky Wildcats during their collegiate days. In Herro’s rookie year with the Heat last season, he normed averages of 13.5 points, 4.1 rebounds and 2.2 assists per game. Those numbers were reflective of Booker’s stat line during his debut season in the NBA, prompting comparisons between the two sharpshooters.

Meanwhile, Herro and the Heat will try to replicate their high level of success in their previous campaign. Their veteran 3-and-D stalwart Jae Crowder has bolted in free agency, but Pat Riley and the Heat front office brought in proven wing defenders Avery Bradley and Maurice Harkless to reinforce the squad.

If you want to listen more to Herro’s conversation with Redick and Beer in The Old Man and the Three podcast, just click on the Spotify link below.