11-time All-Star Chris Bosh believes that his former teammate LeBron James’ longevity and consistency have already set a new norm for any player chasing the Greatest of All-Time title. 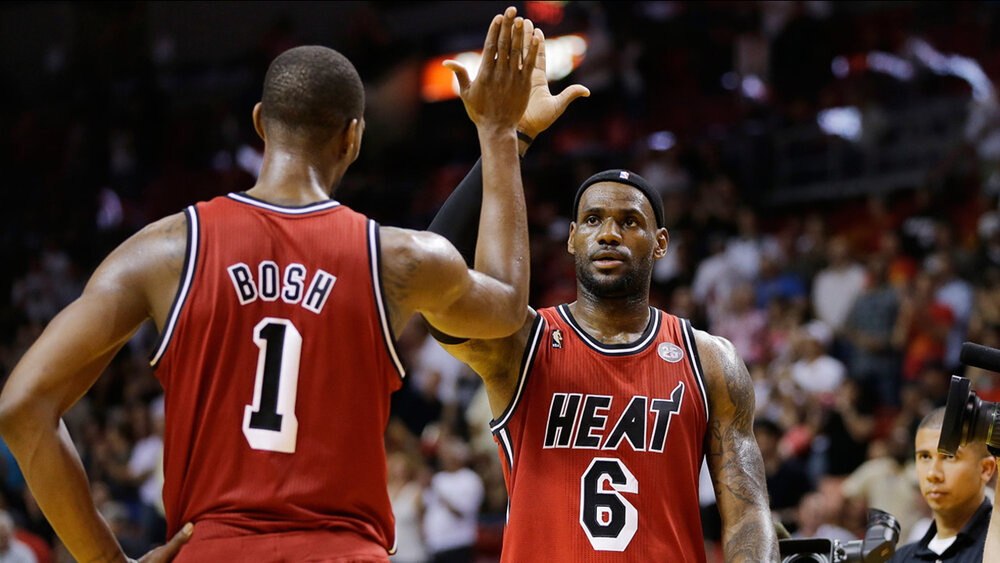 During a recent appearance on the All the Smoke podcast hosted by ex-NBA vets Matt Barnes and Stephen Jackson, former Miami Heat star Chris Bosh talked about his career and the teammates that he had throughout those productive years. The lefty versatile big man also offered heaps of praises for LeBron James, his former teammate in South Beach.

Bosh, who won two rings with James, believes that “The King” has set a new standard in the GOAT conversation. James is already turning 36 years of age this December, but he hasn’t showed any signs of slowing down.

“We’re not going to appreciate it until he’s (LeBron) done playing,” Bosh told Barnes and Jackson. “It’s gonna be a dangerous new norm for any player who wants to be the GOAT. You at least had to have 18 years of prime.

He has consistently played in the playoffs. Just being able to play at a high level for so long and still getting it done, it’s amazing.”

Since being drafted in 2003, it seems like LeBron just keeps getting better year after year. He is coming off a successful championship run with the Los Angeles Lakers, in which he also won Finals MVP honors. LeBron normed an impressive stat line of 25.3 points, 7.8 rebounds and a career-best 10.2 assists per contest last season.

Chiming in your thoughts on the GOAT conversations is always a tricky path to tread on, but it’s true that longevity and consistency should be accounted for. Michael Jordan should still be the consensus pick for that title, but things could change when LeBron decides to hang up the sneakers.

Meanwhile, Bosh also talked about the Heat’s excellent campaign last season, in which he says that a healthy Goran Dragic could have been the difference-maker in that Finals series against the Lakers.

If you want to dive in deeper to Chris Bosh’s interview on the All the Smoke podcast, just click on the Spotify link below.