With their plans already set on shipping Eric Bledsoe, the Milwaukee Bucks could also be pondering trading away All-Star forward Khris Middleton. 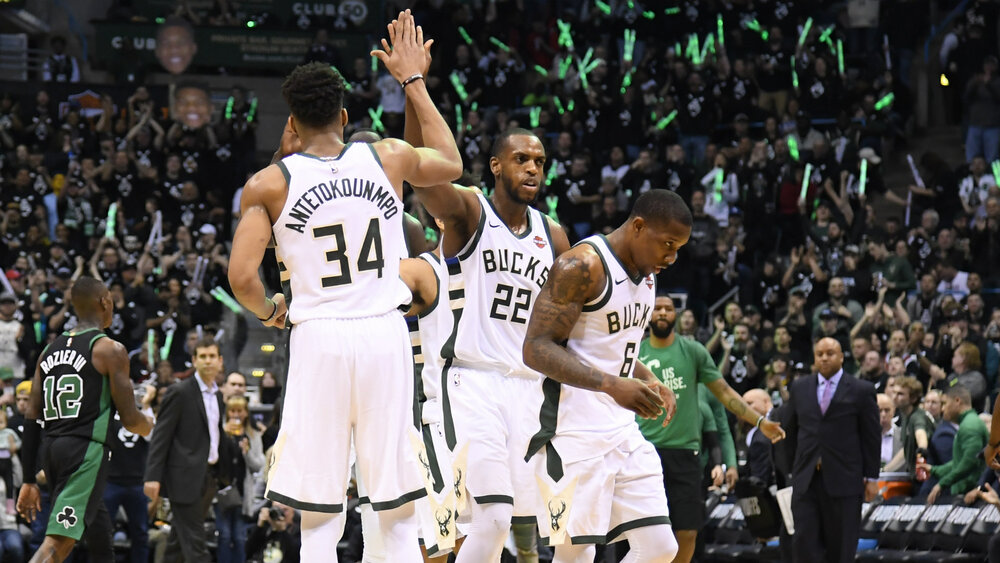 The core of Antetokounmpo, Middleton and Bledsoe have failed to bring a championship to Milwaukee. (Photo via Getty Images)

The Bucks may be in for a major roster revamp for the upcoming 2020-21 NBA campaign. After leading the league in regular season win-loss slate this season, Milwaukee fell short of reaching their championship aspirations, losing to Jimmy Butler and the Miami Heat in the second round of the playoffs.

While Giannis Antetokounmpo’s injury was a big problem for them in the latter part of that series, it was clear in the first two games that Miami figured out a way to defend the Bucks. Bledsoe, who is more valued for his defense, was exposed for his lack of consistency from long-range.

Now, it seems that the Bucks are bent on making some big changes to their line-up. According to Chris Sheridan of Basketball News, there is a possibility that the Eastern Conference powerhouse squad may also include Middleton in trade negotiations.

“It is an open secret in the NBA that the Bucks are going to try to trade Eric Bledsoe, although no current trade discussions are taking place, a league source said on Thursday. What needs to be discussed in the days and weeks ahead is whether moving Middleton for a more proven playoff performer needs to happen, too. ”

Of course, this is still a far shot from reality. Middleton, who is not as flashy or explosive as other perimeter stars, has been severely underrated by a lot of people. From being a three-point specialist early in his career, Middleton has become a multi-dimensional operator on offense.

The two-time All-Star normed 20.9 points, 6.2 rebounds and 4.3 assists for the Bucks this season. His shot-creating has been a perfect complement for Giannis’ inside game, and it won’t come as a surprise if the team decides to run it back with these two prime stars.

There are speculations that the Bucks are interested in trading for Oklahoma City Thunder star point guard Chris Paul or Indiana Pacers shooting guard Victor Oladipo.