LeBron James started strong and finished on an even more impressive note as he steered the Los Angeles Lakers past his former team, the Cleveland Cavaliers. 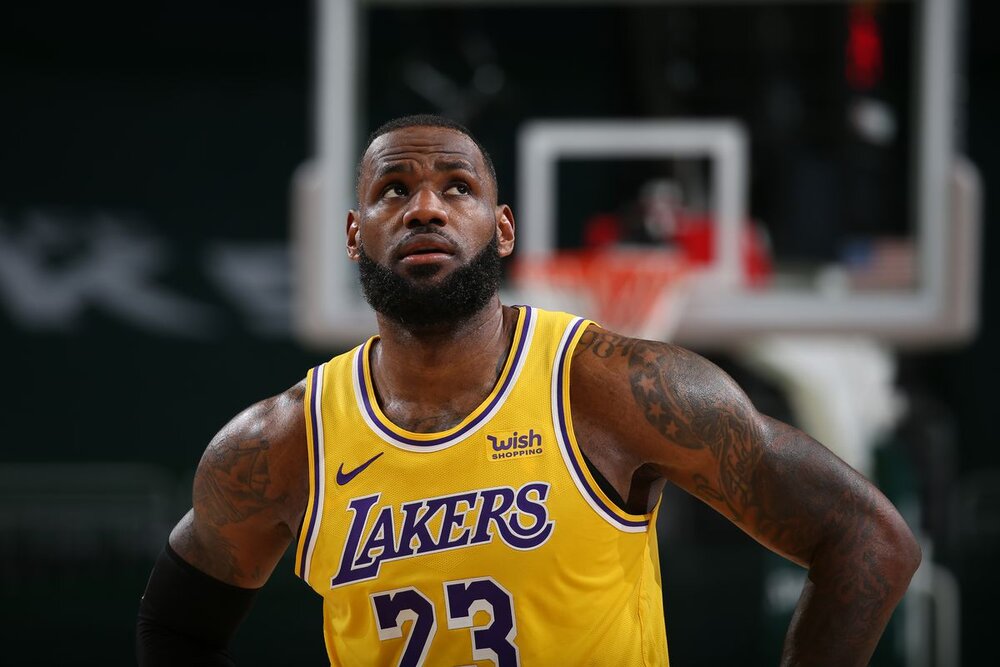 LeBron James put up 46 points in the Lakers’ win over the Cavaliers. (Photo via Draft Kings Nation)

LeBron James may indeed be the best shooter in a Lakers uniform this season. The four-time MVP drained seven three-pointers on his way to a game-high 46 markers as he powered the Lakers to a 115-108 victory over the Cleveland Cavaliers. James also stuffed the rest of his stat line with 8 rebounds, 6 assists, 2 steals, and 2 blocks.

James came out in a fiery form as he opened the game with 17 points in the first quarter. He then stepped back into a playmaking role in the next two quarters but came back scoring at will in the payoff period. LeBron finished the game on a tremendous 73% overall clip from the field, including a stellar 63% from beyond the arc.

LeBron pours in 21 of his season-high 46 PTS in the 4th to power the @Lakers in Cleveland! #LakeShow

The win now puts the Lakers on a 10-0 record on the road this season. The Purple-and-Gold squad now holds a league-leading record of 14 wins against only 4 defeats.

Andre Drummond led the charge for the Cavaliers as he amassed a double-double performance of 25 points and 17 boards. Cedi Osman and Collin Sexton chipped in 20 and 17 markers, respectively.

The Brooklyn Nets went on a dominant fourth-quarter run to carve a 98-85 win over Bam Adebayo and the injury-plagued Miami Heat. Kevin Durant and James Harden both produced 20 points for the Nets, while Kyrie Irving chipped in 16 points, 8 rebounds, and 4 assists.

The Heat was in control of the game in the first three quarters, but the Nets showed their true form in regulation. Harden was able to break out in the fourth quarter, and the Nets held the fort on the defensive end. They held the Heat to only 36% from the field and closed out well on their shooters.

Bam Adebayo churned out 26 points, 10 boards, and 5 dimes for the Heat, while Goran Dragic contributed 21 points. The Heat, who again missed the services of Jimmy Butler, Tyler Herro, and Avery Bradley, has now lost their past three assignments. They are currently holding a 6-10 record to start the season, undoubtedly a big disappointment for the league’s runner-up last year.

It remains to be seen if the Heat front office will try acquiring another star this season, but they have been linked to Wizards’ Bradley Beal and Pacers’ Victor Oladipo for a while now.