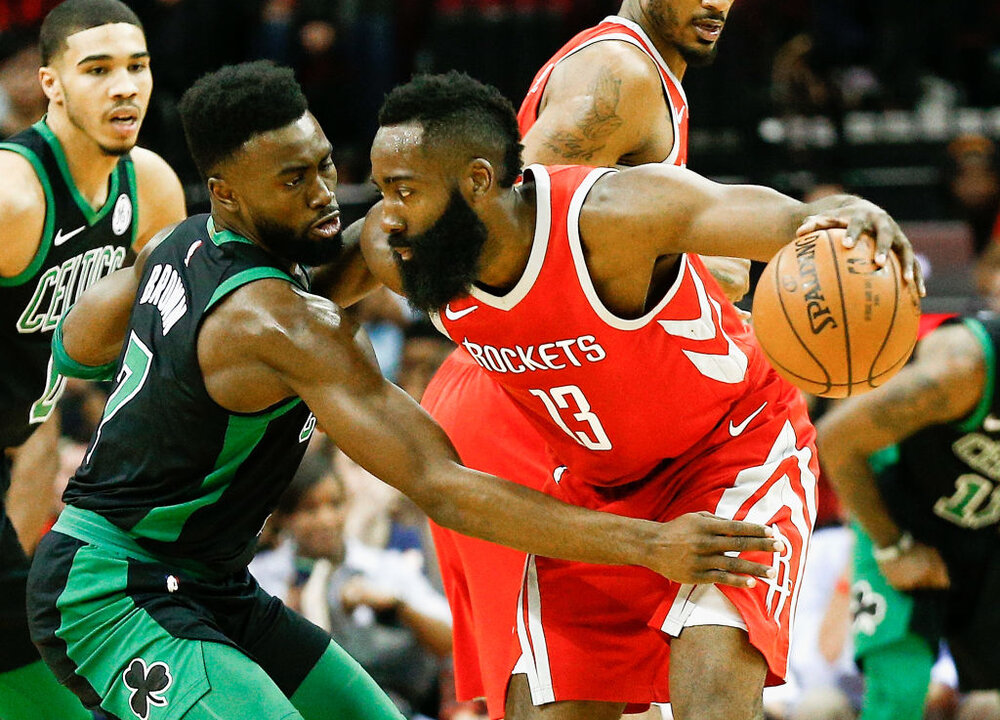 Rockets’ James Harden making a move against Jaylen Brown and Jayson Tatum of the Celtics. (Photo by Bob Levey/Getty Images)

Two more teams have entered the James Harden sweepstakes. As per Sam Amick and Kelly Iko of The Athletic, Harden has added the Boston Celtics and the Portland Trail Blazers to his preferred destinations, a list that also includes the Philadelphia 76ers, Miami Heat, Brooklyn Nets, and the Milwaukee Bucks.

James Harden has added the Celtics and Blazers to his list of preferred trade destinations, per @KellyIkoNBA, @sam_amick

With no deal in sight, Harden has expanded his list of teams as a way to help "facilitate his request" pic.twitter.com/Z0a0FIS1nO

Harden, 31, is entering his 9th year with the Rockets. They reached the Western Conference Finals in 2018, and was a win away from beating the Golden State Warriors and getting to the bright lights of the Finals.

The Rockets would bow out of the semifinals the next two years, and it’s understandable that frustrations are already piling up for Harden. The team ushered in a new era when they hired new coach Stephen Silas, and traded Russell Westbrook to Washington in exchange for John Wall. 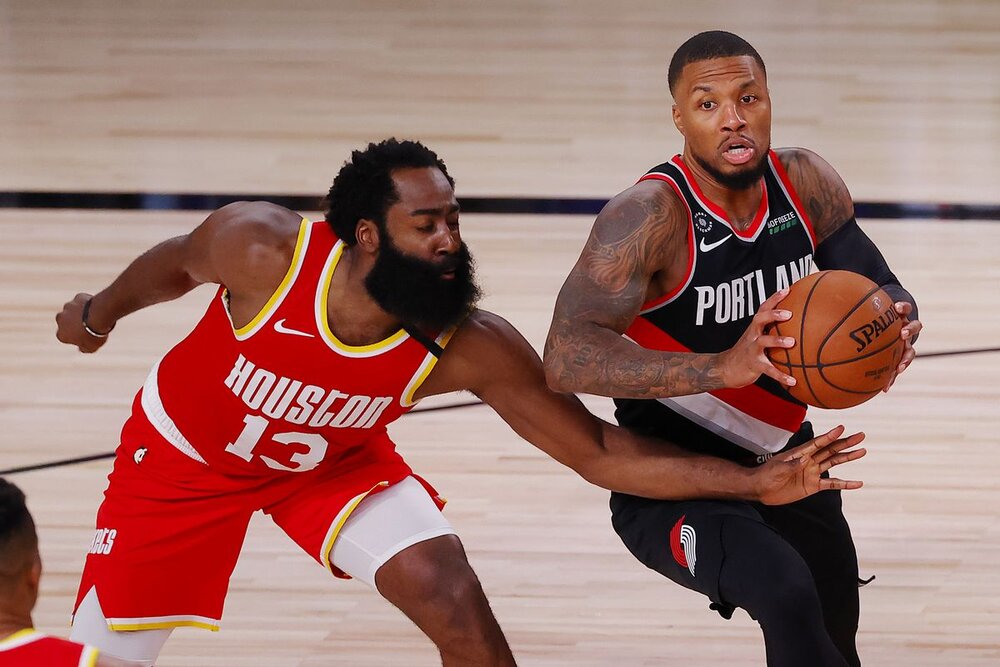 Harden and Damian Lillard could team up this season for the Blazers. (Photo by Kevin C. Cox/Getty Images)

How would Boston and Portland facilitate a Harden trade?

Are the Blazers now ready to move on from the Lillard-McCollum duo? CJ McCollum’s inclusion in the deal will be the Blazers’ starting point of negotiations with the Rockets. Harden will definitely be an upgrade over McCollum from an individual standpoint, and his arrival could move the needle and help the Blazers make the jump to the top half of the West.

As for the Celtics, the Rockets may demand for either Jaylen Brown or Marcus Smart. I doubt that they would want Kemba Walker, especially with Wall already in place in the point guard position. But will the Celtics let go of Brown? The departure of Gordon Hayward gave Brown more share in the offense, and he certainly thrives in it.

Still, Harden is a former MVP who has a couple of years in his prime. If he will show the willingness to change his isolation-heavy game style, Harden will improve the Blazers or the Celtics’ status as playoff contenders in their respective conferences.