As the Lakers play in their first official game of the 2020-21 season, let’s take a quick look at the key takeaways from their preseason performances. 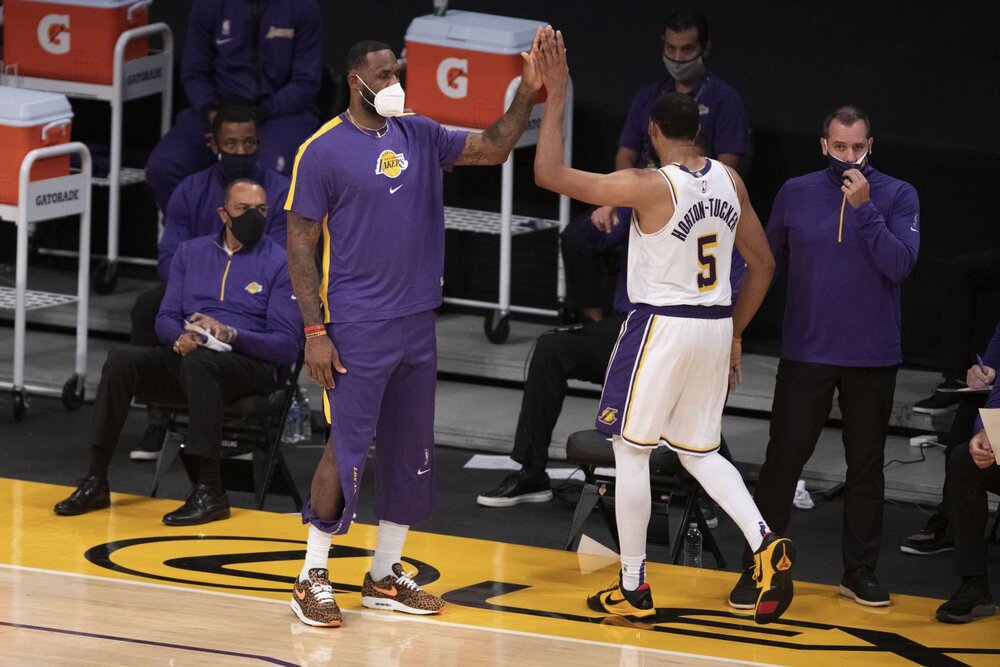 Seventy days after lifting the Larry O’Brien trophy in the NBA bubble, the Los Angeles Lakers will begin their title defense in what will be the shortest offseason in recent memory. Brief as the break may have been, the roster makeup between then and now has turned out to be night and day.

The preseason, albeit brief and also more compact than the usual, was a pleasant surprise in that the defending champions were able to show that they could surpass the capabilities of the team that won arguably the toughest championship in the history of the league.

While teams can always look good on paper, championships are won through games that are played. The preseason isn’t the be-all and end-all for a team’s outlook, but from the four games the Lakers played prior to opening night, here are some takeaways.

Jordan Clarkson. Josh Hart. Thomas Bryant. Ivica Zubac. While these second-round Laker picks aren’t marquee players (and have moved on to other teams), these players have carved their own niches in their respective squads after their stints with the Lakers. In essence, the front office has been arguably excellent in finding late-round talent.

Keeping talent, however, is another matter altogether, but in the context of this preseason, the efforts of the front office in filling up the roster through the draft and free agent signings have been solid to say the least. The emergence of Alex Caruso as a key contributor, the rise of Talen Horton-Tucker, and the energy Devontae Cacok provides in limited minutes have also given proof to the development program (and assistant coach Phil Handy) in place.

Apart from the likes of the late great Kobe Bryant and Andrew Bynum, Los Angeles has never really had a player they’ve developed from the ground up. Perhaps things will change from here on out. 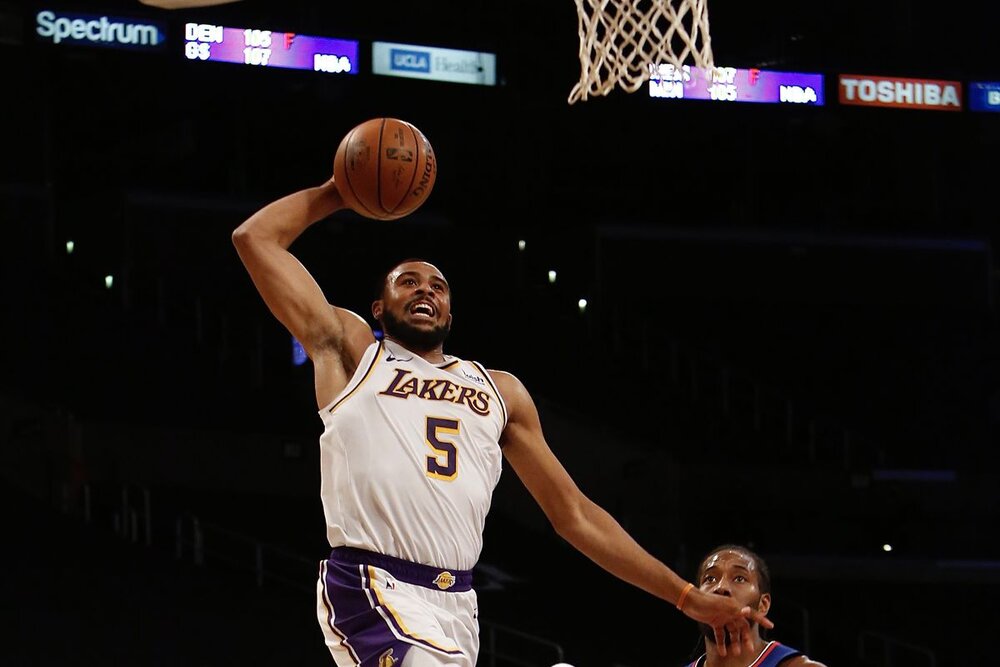 Lakers’ Horton-Tucker goes for a breakaway dunk against the Clippers. (Photo by Jim Poorten/NBAE/Getty Images)

There were mixed reactions when it was announced that the Lakers selected Iowa State’s Talen Horton-Tucker with the 46th pick in the 2019 NBA Draft. Standing at 6-foot-4 and having a 7-foot-1 wingspan, Horton-Tucker was a little bit overweight coming out of college and there were concerns about his shot selection as well.

THT spent most of his rookie season with the Lakers’ G-League Affiliate Southbay Lakers, and it was there that he got to develop at his own pace with more than enough touches on offense. In fact, he made the most out of the NBA restart in the Orlando bubble, as he spent time practicing with the squad and played meaningful minutes in the second round of the playoffs against the Houston Rockets.

Clearly, his confidence has remained as he has taken on a more prominent role through four preseason games. Averaging 20.5 points, 6.5 rebounds, 3.0 assists, and 2.25 steals in 31.5 minutes, Horton-Tucker was a revelation to the rest of the league and his 33-point outburst in the second preseason game against the Clippers was a gem even for a preseason game. His crafty drives to the basket, improved shooting, and ability to make plays for others were on full display and analysts were left to wonder how a player with this kind of ability was passed on by 26 teams.

THT gets low & dips his front shoulder to clip the hip of the screen-setter. That runs his defender into the screen

While his exploits have definitely earned him a spot in Lakers head coach Frank Vogel’s rotation, Horton-Tucker will take a backseat to the likes of Anthony Davis and LeBron James. Look for him to maximize those chances when one or even both stars take the night off.

In the span of two months, Avery Bradley, Danny Green, Dwight Howard, JaVale McGee, and Rajon Rondo were replaced by Marc Gasol, Montrezl Harrell, Wesley Matthews, Alfonzo McKinnie, and Dennis Schroeder. The latter five come into opening night averaging an age exactly 30 years, a year younger compared to their counterparts from the previous season who came into the 2019-2020 season at 31.4 years of age.

While the gap is not exactly substantial, only Gasol (35) and Matthews (34) come in over 30, while last year’s batch only had Bradley under the age of 30. The preseason is more a sprint than a marathon so the age of the team will not be evident during this stretch. 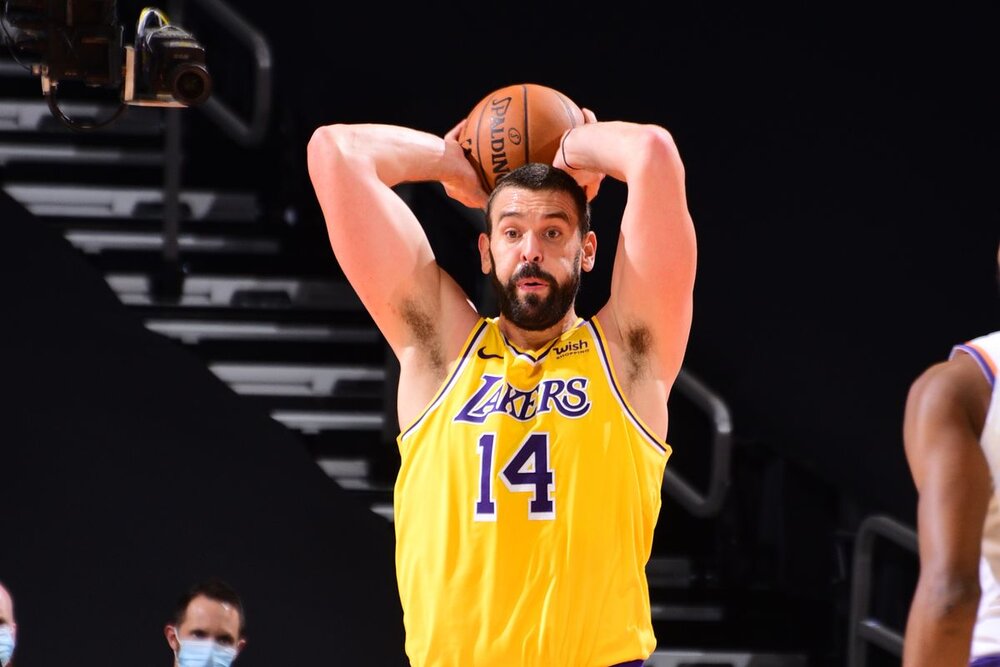 Marc Gasol dishes out a pass to a Lakers teammate. (Photo by Michael Gonzales/NBAE/Getty Images)

Out of all the new signings, it is that of Gasol and Harrell that are the most intriguing. Harrell is around five years younger than both Howard and McGee and is nearly a decade younger than Gasol, so the energy he will provide is something that will stand out among other things.

We have a feeling you'll see a lot of this from @MONSTATREZZ this season. #LakeShow pic.twitter.com/lfioMXdNKc

Gasol, on the other hand, gives a different dimension to the offense. His passing from the post, elbow, or even the 3-point line will certainly benefit cutters like Kentavious Caldwell-Pope, Kyle Kuzma, and THT and he can also work the hi-lo game with Davis and Harrell.

Marc Gasol is putting on a passing clinic pic.twitter.com/bK9XlgRdwO

On defense, he is slower than his prime DPOY days, but he’s the perfect cover for the likes of Nikola Jokic, who will likely face the Lakers in the playoffs. He can still provide solid help defense but the Lakers must prepare some counter-strategies against quicker guards and big men.

How will they respond to a setback?

The thing about the preseason is that… it’s the preseason. Sloppy play due to the reintroduction of team concepts and the allocations of more minutes for end-of-the-bench hopefuls take precedence over the type of play and rotation that comes with the regular season.

Barring any major injuries, squads will face little to no setbacks, and as good as the Lakers are on paper (and naturally they say the right things to the media), it still begs the question of how they will react when facing a setback.

After the debacle that came with Magic Johnson’s exit from the Lakers front office, there hasn’t been any damaging rumor or subtweet that hovered over the squad during their title run. In fact, the death of Bryant and the protests stemming from George Floyd’s death united the team and (while it nearly pushed them to exit the bubble) gave them a renewed sense of focus.

Whether it be a losing streak or (knocks on wood) a sudden surge in COVID-19 cases, Los Angeles’ mettle or any squad for that matter will be put to the test and it’s on the organization as a whole to make the necessary adjustments.

Injuries, personnel changes, and newfound strategies will definitely come up during the course of the otherwise shortened regular season and could change the complexion of the season’s outlook. Despite its brevity, the preseason provided a glimpse of both the immediate and perhaps even long-term future that the Lakers have for their roster.