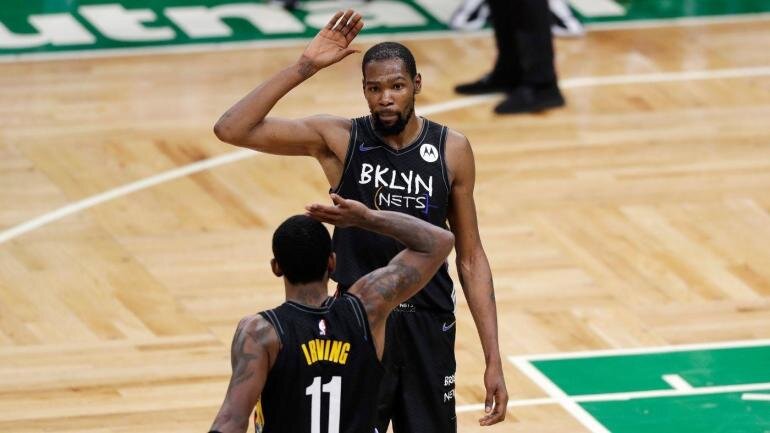 Something really good is brewing in Brooklyn. In the Nets’ resounding 123-95 road win over the Boston Celtics, Irving produced a game-high 37 points, 6 rebounds and 8 assists. The one-time champ had a stellar 61% clip from the field, and drained seven of his ten attempts from the three-point line.

It’s still early into the new season, but it seems like Irving and company are headed for greater heights, and maybe a run to the Finals this year.

Are you still doubting on Durant this season? After a year-long absence to recover from an Achilles injury, Durant is not showing any signs of rust. The All-Star forward reinforced Kyrie in the scoring column, tallying 29 markers in the Brooklyn victory. KD also finished with 4 boards, 3 dimes and 2 steals, and missed only one of his four tries from beyond the arc.

Giannis is still the talk of the town in Milwaukee, but don’t count out Middleton’s brilliance this season. The two-time All-Star led all scorers in the Bucks’ convincing 138-99 victory over the Golden State Warriors. Middleton amassed 31 points, while also adding 4 rebounds, 5 assists and 2 steals to his name.

With the East’s top elite squads getting stronger this year, the Bucks need more efficient nights from Middleton to help them stay at the top of the conference.

Davis again showed off his full repertoire during the Lakers’ 138-115 win over the Dallas Mavericks. He led all scorers with his 28 markers, and also tallied 8 rebounds, 5 assists and 2 steals. AD connected on three of his five attempts from three-point territory, a facet of his game that he is continuing to expand and make full use of.

LeBron James will still put up the numbers, but it won’t come as a surprise if Davis will be the Lakers’ top MVP candidate this season.

George didn’t put up a lot of shots last night, but he sure was efficient when he lights it up. George came through again in the Clippers’ 121-108 victory over the Denver Nuggets, finishing with 23 points, 5 boards, and 9 dimes. He drained five triples in the win and was the Clippers’ primary playmaker on offense.