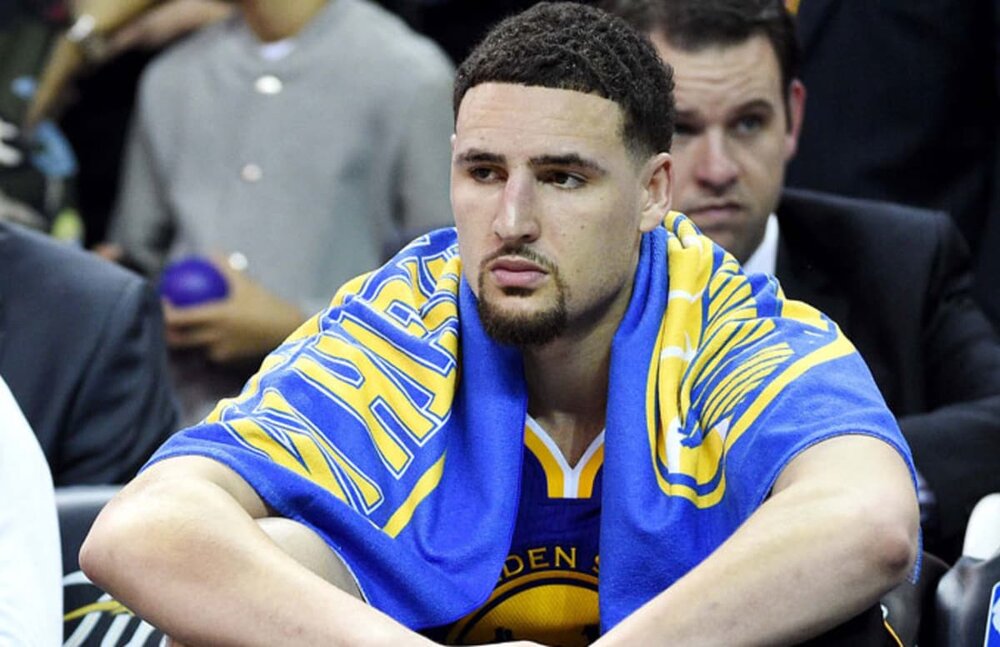 Klay Thompson and Glen Davis went at each other on social media. (Photo via Tailgate Sports)

“Big Baby” Glen Davis has come alive in the NBA news circles, and it didn’t come in a good way. Davis, who won a championship with the Boston Celtics in 2008, apparently saw what the injured Klay Thompson said about Rodney McGruder during a Warriors-Pistons game that resulted in Golden State win.

Davis didn’t appreciate what Klay said, so he had some words to say to the Warriors All-Star.

Of course, Klay will not back down from anyone. He may not be the most flamboyant player on the court, but he is a three-time NBA champ for a reason. Klay didn’t wait too long to roast Davis, and he did quite a witty work on it.

Klay Thompson had something to say to Glen Davis.

Thompson, who will be sitting out the whole season due to an Achilles injury, played the role of a guest commentator during the Warriors’ win over the Pistons. After the game, things got a bit heated when McGruder went over to the Warriors bench to confront Juan Toscano-Anderson.

Klay obviously wasn’t pleased with this as he went on a barrage of lines against McGruder, saying that the latter might not even be playing in the NBA soon.

Klay clowned Rodney McGruder after the game: “This dude might be out the league soon, he’s probably mad about that” pic.twitter.com/2VqGzqXQ4m

This thing went on and on with Warriors’ Draymond Green backing up Klay, and Pistons veteran shooter Wayne Ellington firing back at the two Golden State stars. Still, Davis’ “karma” comment on a major injury is just a tad too much, especially with how devastating the setback was for Thompson.

It’s too bad that Klay will not be able to settle his beef with Davis on the court as the latter has been out of the league for years now.

PrevPreviousNikola Jokic just put up 47 points, and no one is talking about it
NextHeat’s woes pile up in embarrassing loss to the Rozier-less HornetsNext