Home » Basketball News » NBA » Nikola Jokic just put up 47 points, and no one is talking about it

Nikola Jokic just put up 47 points, and no one is talking about it

Nikola Jokic just finished with a career-high 47 points in the Nuggets’ win over the streaking Jazz. Is Jokic the most underrated star in the league today? 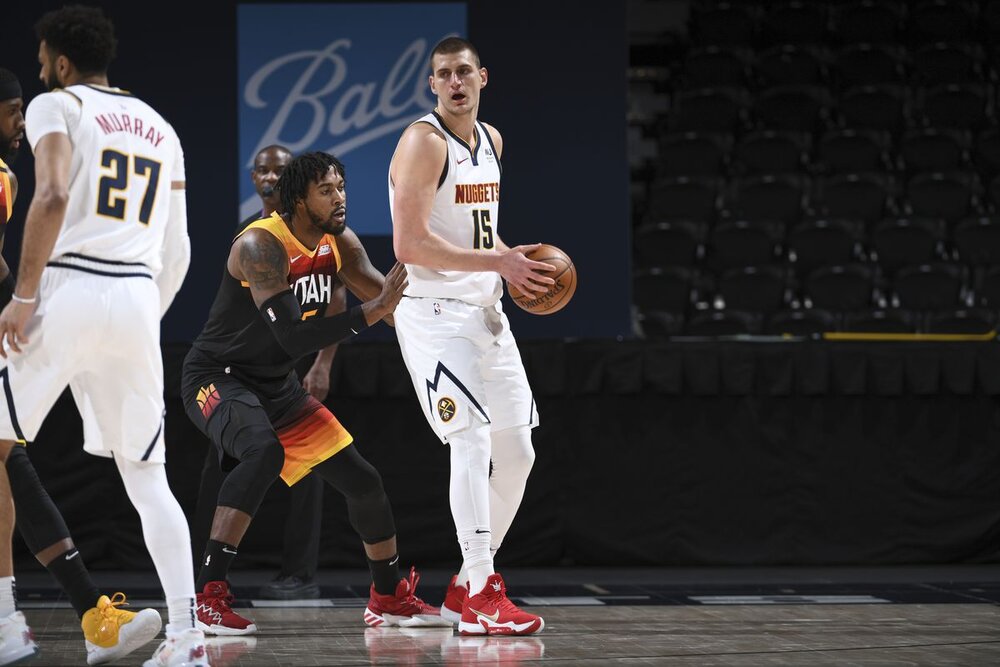 Nikola Jokic just led the Denver Nuggets to a 128-117 win over the Utah Jazz last night. It ended the Jazz’ stellar 11-game winning streak, but what’s even more impressive was the body of work that Jokic put in against a team who is ranked 3rd in limiting their opponents’ points per game.

Jokic came through with 47 points in the win, tying his career-high in scoring. I took him only 26 shots to get there as he was a perfect 4-4 from beyond the arc, and missed only one of his ten trips to the free throw line. The Serbian big man also hauled in 12 rebounds, 5 assists, and 2 steals.

Oh, and he did this against Rudy Gobert, a two-time Defensive Player of the year and the league’s best defender in the center position.

Is Jokic the most underrated NBA star right now?

This 47-point night from Jokic was not a fluke of a performance. In fact, he already had 33 points in the first half alone as he willed the Nuggets to a massive 25-point advantage. Prior to this season, Jokic is already the most complete big man in the league. He may even have the case to be among the best point guards right now as he is just tied with Trae Young in the 5th spot for most assists per game this season.

No matter how good he already was last year, Jokic has upped his performance from all fronts. He is averaging career-highs in points, rebounds, assists, and steals this season. Jokic has already established an identity as a playmaking center, but it is his scoring that has taken up another level.

20 games into this campaign, Jokic is producing 26.8 points per contest. He is tallying a solid 57% clip from the field, including 38% from the three-point line. Judging from his career-high 29.5 usage rate, the Nuggets are playing through Jokic more often than usual.

Most importantly, Jokic is being extra aggressive in finding his shots. He may be tagged as a playmaking center, but he is also hoisting a team-high 17.9 field goal attempts per game. That’s how much load the Nuggets big man has been carrying for this team.

Unlike the trend that most teams go to nowadays, the Nuggets are yet to acquire a third star to pair up with Jokic and Jamal Murray. But if Jokic keeps this up, they might not have to.