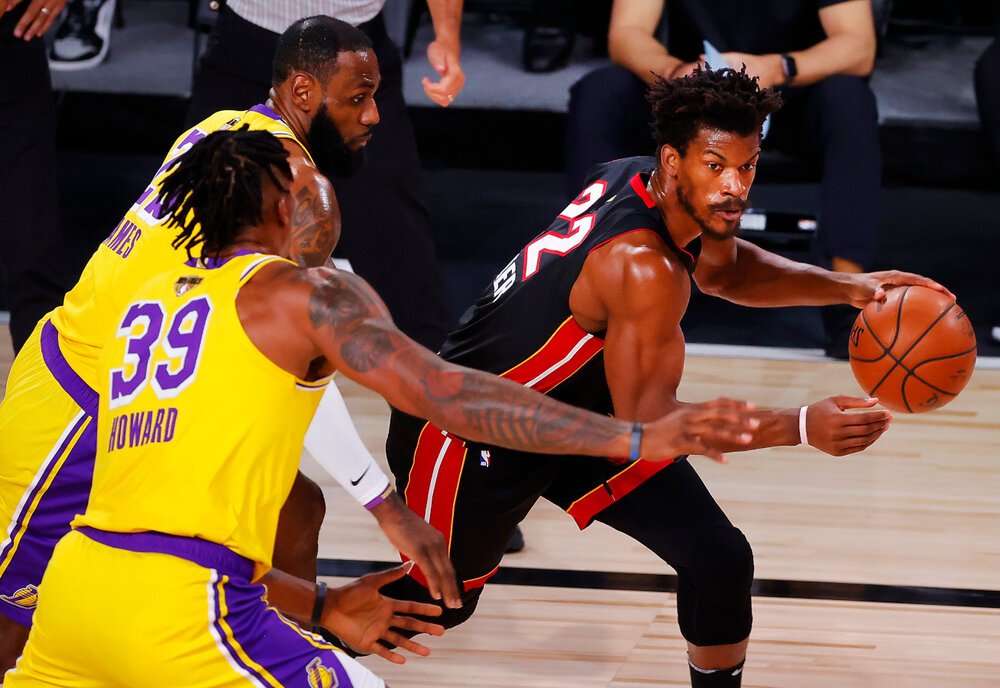 Jimmy Butler is chasing a championship in his first year in Miami. (Photo by Kevin C. Cox/Getty Images)

During a recent episode of the All the Smoke podcast, former Lakers forward and podcast host Matt Barnes had heaps of praises for the Heat star. Barnes believes that Butler is the hardest-working superstar in the league, and that he has become an effective leader for his team.

“I’ve only known him (Butler) as an opponent. Sometimes he says some crazy sh—., and sometimes amazing things,” Barnes emphasized while talking to Stephen Jackson and JJ Redick. “But all I know is that he plays hard and to me, he is probably the most blue-collar superstar we have in this league.“

True enough, Butler did not come in with a lot of hype when he entered the NBA. He was unheralded in the collegiate ranks, and wasn’t even a lottery pick during the 2011 draft. But he worked his way into becoming a two-way star with the Chicago Bulls, and won the Most Improved Player of the Year award in 2015.

Now a five-time All-Star, Butler is currently leading the Heat in the Finals against LeBron James, Anthony Davis and the Lakers. It was just a couple of years ago that people deem him to be a bad locker room presence when he was still with the Minnesota Timberwolves.

But it’s now obvious that his leadership style is not for everyone, and his no-nonsense, gritty approach to the game is perfect for the tough culture that the Heat has built within its organization.

To dive in deeper to this recent episode of the All the Smoke podcast, click on the Spotify link below.