Despite the fact that the Lakers still have the inside track in re-signing Rajon Rondo, contenders like the Bucks, Celtics, 76ers and the Clippers are also in pursuit of the veteran playmaker. 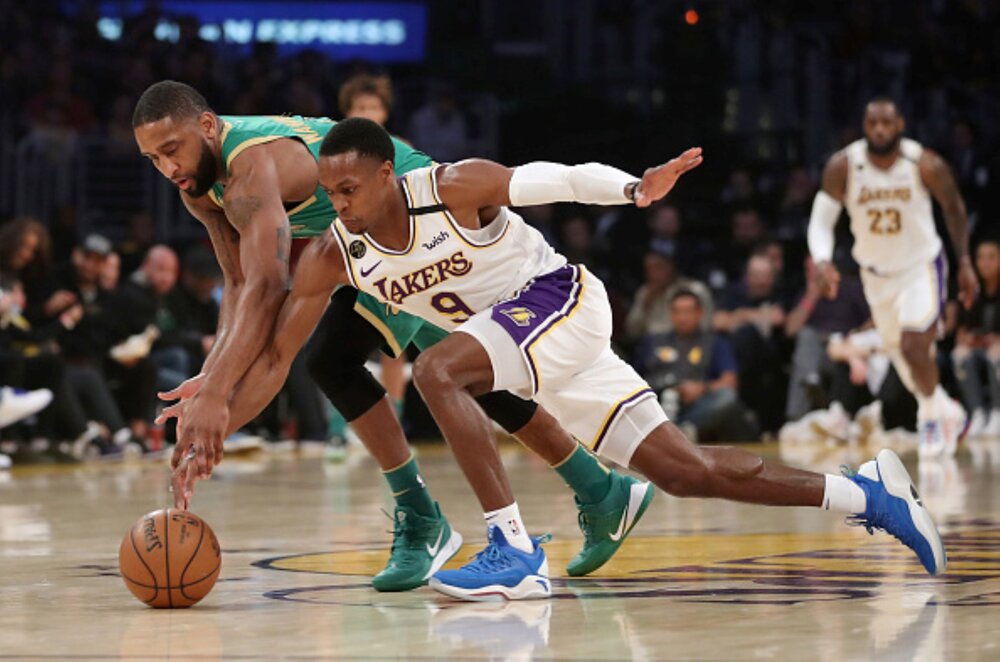 Rajon Rondo could again play for the Celtics. (Photo via USA TODAY Sports)

Coming off his second career championship and his first with the Los Angeles Lakers, Rajon Rondo is now entering unrestricted free agency. The Lakers still have the inside track on the services of the veteran point guard, but other elite contenders have also expressed interest.

According to Heavy.com’s Brandon “Scoop B” Robinson, teams interested in a Rondo acquisition include the Boston Celtics, Milwaukee Bucks, Philadelphia 76ers and the Lakers’ hometown rivals, the Los Angeles Clippers.

In @BovadaOfficial's newest odds, the purple and gold an edge, however.

Rondo, who averaged 7.1 points, 3.0 rebounds and 5.0 assists for the Lakers, struggled to get into his groove in the regular season but bounced back big time in the playoffs. His leadership and court smarts in the second unit became the steadying hand for the Lakers, especially when LeBron James takes his rest on the bench.

If Rondo decides to take his talents somewhere else, the Lakers are reportedly going after Oklahoma City Thunder combo guard Dennis Schroder. There are also speculations that they are interested in flipping Kyle Kuzma for the services of DeMar DeRozan as this move will give them a third star to pair up with LeBron and Anthony Davis.

The Lakers have a bevy of free agency decisions to make this offseason, starting with Davis, Rondo, and Kentavious Caldwell-Pope. Avery Bradley, who recently changed agents, could also decline his final year with the purple-and-gold.

PrevPreviousBrooklyn Nets now in talks with Houston Rockets for a potential James Harden trade
NextJuvenile Efficiency: NBA Success Tilts Toward the Youth (and Whoever has LeBron James)Next