Giannis Antetokounmpo and Jayson Tatum both came up with masterful 40-point outings to land at the top of last night’s best individual performances. 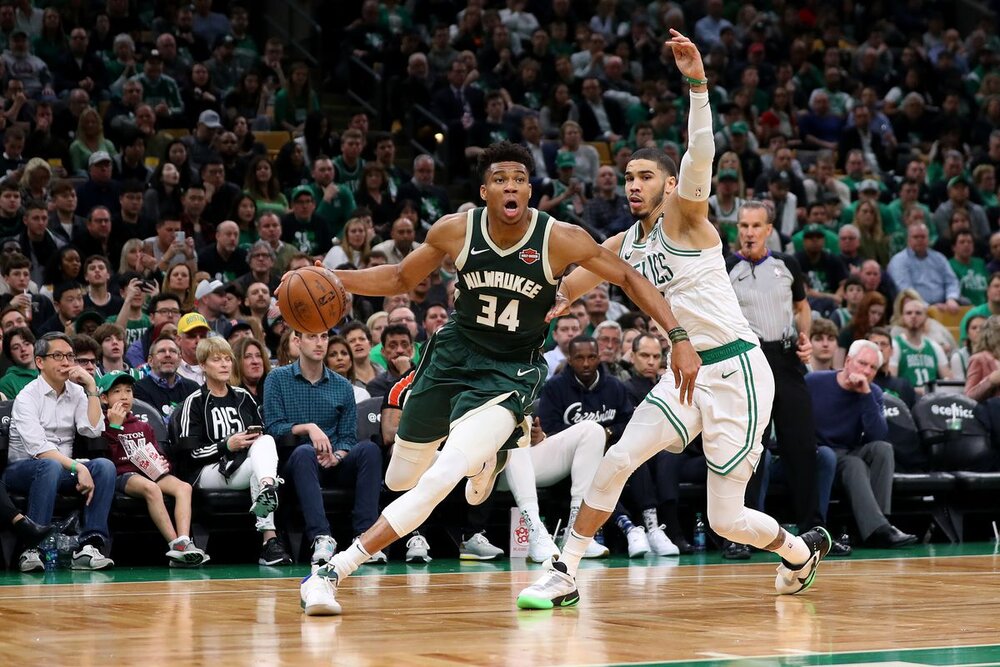 The reigning back-to-back MVP asserted his might in the Bucks’ 125-115 win over the Detroit Pistons. Giannis filled up the stat sheet with his 43 points, 9 rebounds and 4 assists, including a solid 17-24 clip from the field. But it was not just brute power that the Greek Freak showed in the win. He slithered his way to the hoop for multiple creative finishes around the rim, and also drained two three-pointers and missed only two of his nine trips to the free throw line.

If you’re still doubting Tatum’s status as a bona fide superstar in the league, then I suggest that you take another look at the Celtics All-Star forward. Even with the Toronto Raptors’ defenders marking him all game long, Tatum was still able to produce 40 markers in the Celtics’ 126-114 win. The degree of difficulty of the shots that he took was just tremendous, and it’s even crazier to think that Tatum only had a single turnover the whole night.

After sitting out their previous assignment, Luka bounced back with a masterful performance in the Mavericks’ 113-100 victory over the Houston Rockets. The third-year star finished with a triple-double of 33 points, 16 boards and 11 dimes. Luka’s knack for hitting difficult shots and throwing accurate passes bailed out the Mavs’ offense numerous times. Even though he tallied eight turnovers, his all-around brilliance was the driving force in the win.

In the second night of a back-to-back right after he torched for a career-high 62 points, Curry didn’t stop throwing flames in the Warriors’ 137-106 win over the Sacramento Kings. The two-time MVP drained five triples on his way to 30 points, then pulled down 9 boards and dished out 8 assists to complete his stat line. The spitfire guard didn’t even have to log in a single minute in the fourth quarter to come up with that do-it-all performance.

At this point, you can’t be surprised by Randle’s stat-sheet-stuffing performances anymore. The lefty combo big man was just an assist shy of a triple-double as he amassed 28 points, 17 rebounds, and 9 dimes in the Knicks’ close-call 113-108 win over the Atlanta Hawks. Randle is now norming impressive season averages of 22.1 points, 11.4 rebounds, and 7.4 assists, including an efficient 50% clip from the field.

PrevPreviousAdebayo, Heat cruise to an easy win, Knicks win in Atlanta
NextPritchard, Quickley, and the most surprisingly-good NBA rookies so farNext