Pritchard, Quickley, and the most surprisingly-good NBA rookies so far

Don’t be surprised if you see the unheralded names of Payton Pritchard and Immanuel Quickley top the race for the Rookie of the Year award this season. 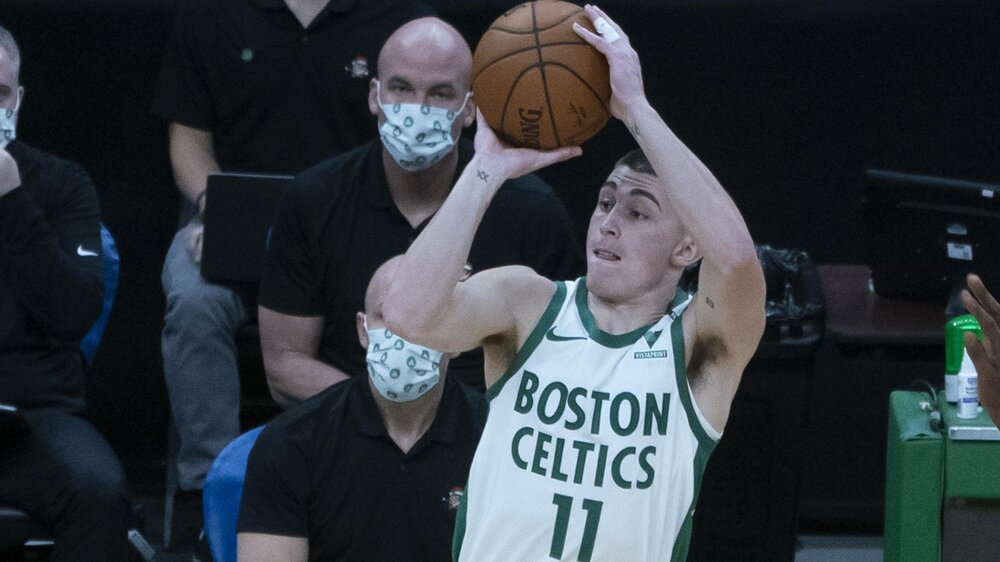 Payton Pritchard is averaging 23.1 minutes of play with the Celtics. (Photo by Gregory Fisher/USA TODAY Sports)

Where did this come from? When the Celtics took Pritchard with their 26th selection in the 2020 NBA Draft, many doubted the fit and necessity of the pick (including me). After selecting combo wing Aaron Nesmith earlier, I thought that the Celtics would then shore up their frontcourt by potentially taking center Udoka Azubuike, who was then selected after the Pritchard pick.

But Pritchard quickly reminded me why I don’t like the idea of people saying that prospects who spend all four years in college will not be able to translate their game to the pros. The 22-year old point guard is coming off a brilliant performance of 23 points and 8 assists in the Celtics’ recent win over the Toronto Raptors. He will not wow you with tons of speed and athleticism, but Pritchard rarely makes the wrong decisions with the ball.

He could also make and hit shots even under duress, evidenced by this high-arching floater over the tough defense of Pascal Siakam.

Pritchard with the drive pic.twitter.com/mDvolxJKjy

Oh, and by the way, Pritchard plays tremendous defense, too. He is currently norming 1.4 steals per contest. He moves his feet well to be able to hound the opposing team’s ball-handlers.

Look at this defense from Payton Pritchard pic.twitter.com/Bm5ZUZtbGO

It remains to be seen how head coach Brad Stevens will distribute the backcourt minutes when Kemba Walker returns from his injury. But the Celtics certainly found a gem in the 22-year old Pritchard, and he will have a steady role in the team’s rotation for the rest of the season. 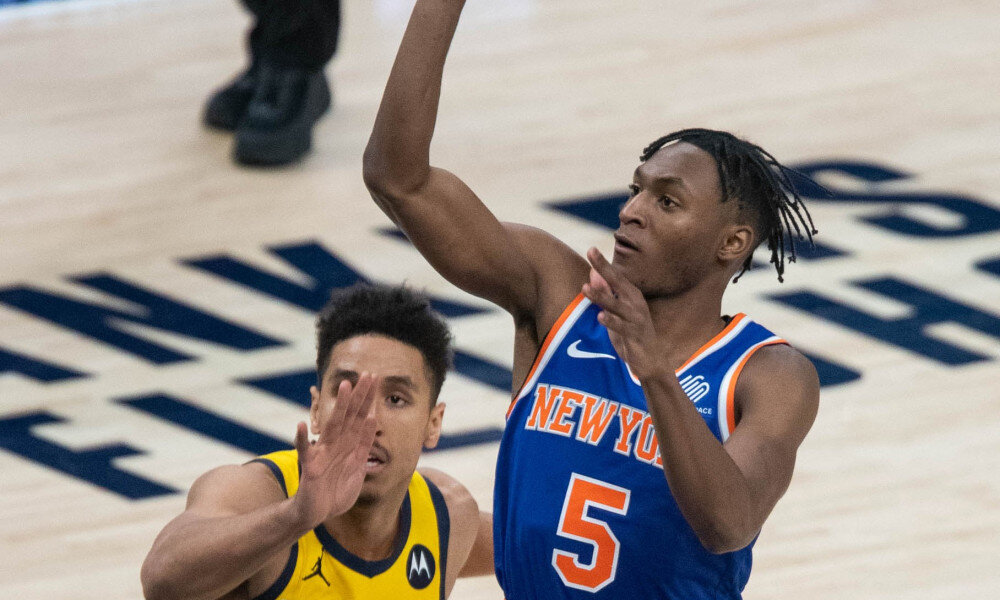 Immanuel Quickley is the 25th pick in the 2020 NBA Draft. (Photo by Trevor Ruszkowski/USA TODAY Sports)

Prior to this year’s draft, everyone was talking about a highly-athletic point guard coming from Kentucky. That would be Tyrese Maxey, who was selected by the Philadelphia 76ers with their 21st overall pick. When the Knicks took Quickley later in the first round, everyone’s attention was still focused on Maxey.

But it’s now safe to say that Quickley has been outperforming his former teammate, and even doing better than the Knicks’ top pick Obi Toppin. Before Quickley nailed his first points via a three-pointer in the team’s recent win, they were trailing the Hawks by 13 with two minutes remaining in the third quarter. He went on to score 13 more points the rest of the night and led the Knicks to a tough, character-defining comeback victory.

Quickley is also leading current rookies in player efficiency rating with 23.2, and his endless energy is just contagious for this young but hungry Knicks squad.

People already knew that Haliburton can defend, but the efficiency and high basketball IQ that he is showing is just tremendous. His defensive instincts are way beyond rookie standards, and he doesn’t even need the ball to be effective on the offensive end. That’s a valuable asset coming from a point guard like him.

Moreover, Haliburton’s three-point shooting has translated nicely to the NBA, and you can see it in this limitless-range triple he hit.

Kings rook Tyrese Haliburton from near the logo pic.twitter.com/bSGAKJHpyX

The fact that he shot the ball with six seconds left on the shot clock just means that he is confident in taking and making these deep three-pointers. Haliburton is certainly a bright spot not just in the Kings’ current season, but also on the future of the franchise.

I doubted how Anthony’s game will display in the NBA, especially with almost everyone bigger and quicker than him. He was a volume shooter in college, and that is showing in the measly 29% clip that he is putting up in his first seven games with the Magic.

But the other things that he does on the court has helped the Magic’s surprising 5-2 record to start the season. Anthony is rebounding the ball at a high rate, and he had four games of not committing even a single turnover. Aside from the shooting percentages, which he will eventually increase as he gets used to the NBA defense, Anthony has been fairly efficient in the 20.0 minutes per contest that he is logging in for the current second-best team in the Eastern Conference.