Giannis Antetokounmpo reportedly prefers playing for the Heat than the Warriors

Reigning MVP Giannis Antetokounmpo is reportedly leaning towards signing a long-term deal with the Miami Heat than the Golden State Warriors. 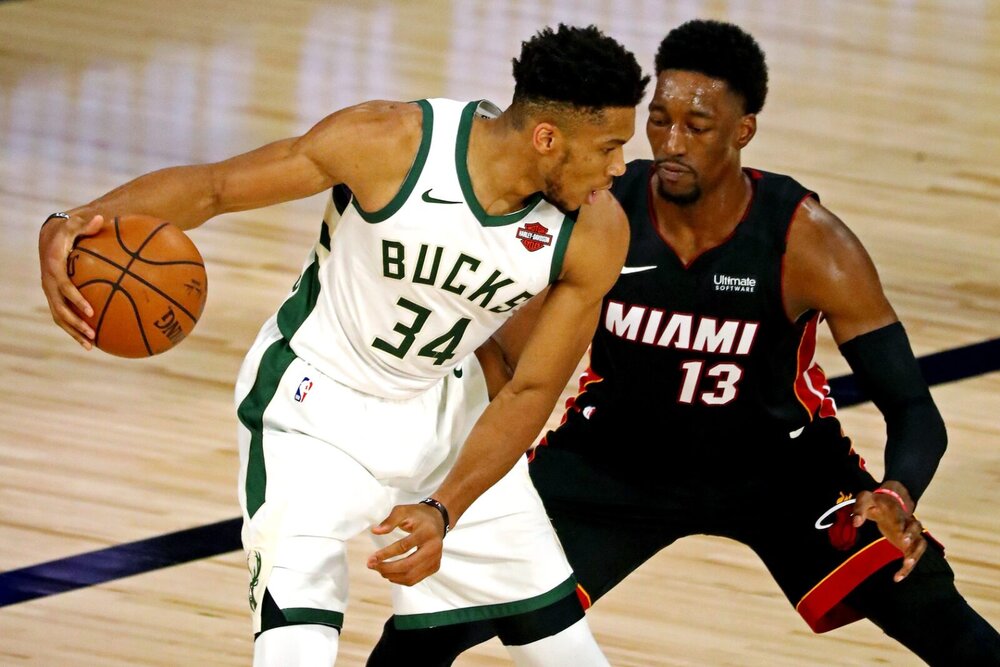 Giannis Antetokounmpo and Bam Adebayo could team up in Miami next season. (Photo via USA TODAY Sports)

We may be seeing the Greek Freak in South Beach sooner than later. With Giannis’ impending free agency in 2021, the Bucks are reportedly considering trading him, than just letting him walk next year.

Having said that, the back-to-back MVP prefers Miami as a destination if the Bucks indeed pursue a trade deal centered around him.

adding to this, Giannis splits his offseason between Greece and Miami. per sources, he’s prepared to sign a long-term deal in Miami.

the #Bucks are not willing to end up with nothing by letting him hit free agency in 2021. a deal is expected before then. https://t.co/T3vM0gqVXI

It’s a report still unconfirmed by major media outlets, so all of these are still speculations for now. However, it also makes sense that the Bucks are considering shipping Giannis, especially if they fail to come up with a solid supporting cast to surround him.

According to Heavy.com’s Brandon “Scoop B” Robinson, the Bucks are interested in potentially trading for Oklahoma City Thunder star Chris Paul. Even at the age of 35, Paul is coming off an All-Star year in which he led the Thunder to a near-upset of the Houston Rockets in the first round of the playoffs.

Even with the drastic growth of Giannis in terms of his passing, Milwaukee still needs another playmaker and that could come in the form of Paul. But if Giannis still hesitates to re-sign with the Bucks, then the team could be better off trading him in exchange for more assets.

Will the Heat let go of Tyler Herro in a Giannis trade?

It’s difficult to imagine the Bucks agreeing on a mediocre package from any team, so Pat Riley and the Heat front office have to spice up the deal. Bam Adebayo could be an untouchable, but Herro could be the centerpiece of their offer.

Herro’s value skyrocketed due to his brilliant performance in the playoffs, and his potential to be an All-Star is just brimming all over the place. The Heat could also part ways with veteran Kelly Olynyk to make salaries match.