Chris Newsome rallied the Meralco Bolts past the Blackwater Elite, while the NLEX Road Warriors’ defense dismantled the Rain or Shine Elasto Painters. 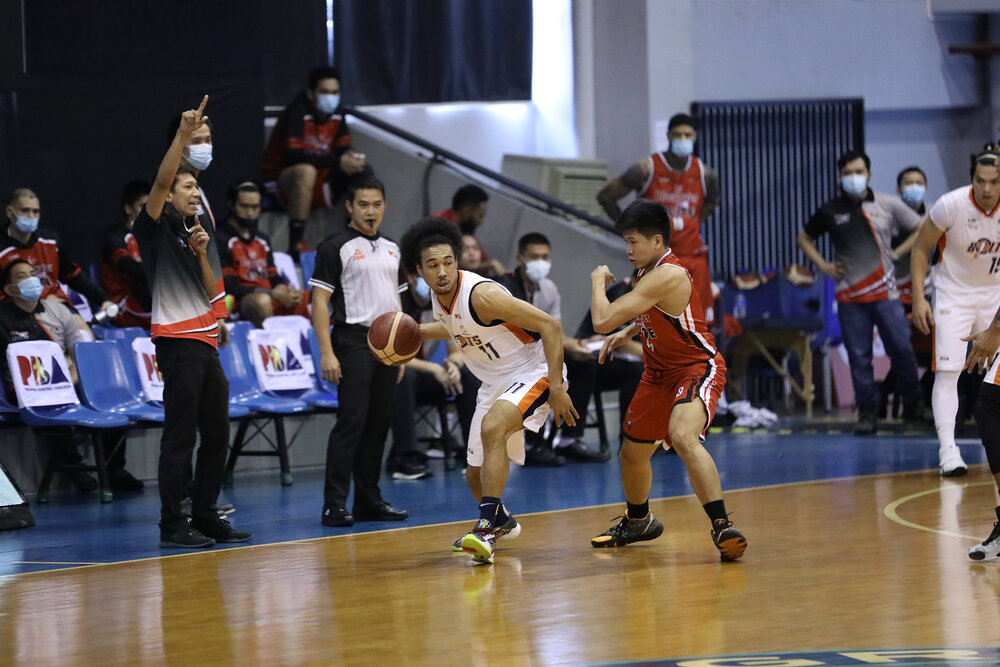 Meralco bounced back from a loss in their previous game as they defeated Blackwater, 89-85. Chris Newsome put up an all-around outing of 19 points, 8 rebounds and 3 assists, including a couple of clutch buckets in the fourth quarter.

The Bolts started the game on a good note as their defense limited the Elite to only 15 total points in the opening period. That set the tone for the whole contest as Meralco came away with their fourth victory inside the Clark bubble.

Four of the Bolts’ starters scored in double digits, with Bong Quinto and Reynel Hugnatan chipping in 14 markers apiece. They also won the rebounding battle with a huge margin of 57-38.

Don Trollano topscored for Blackwater with his 16 points and 6 boards, while Roy Sumang contributed 15 points and 5 dimes off the bench. The Elite drops to a 2-5 record, and the Bolts climbed to a 4-3 win-loss slate. 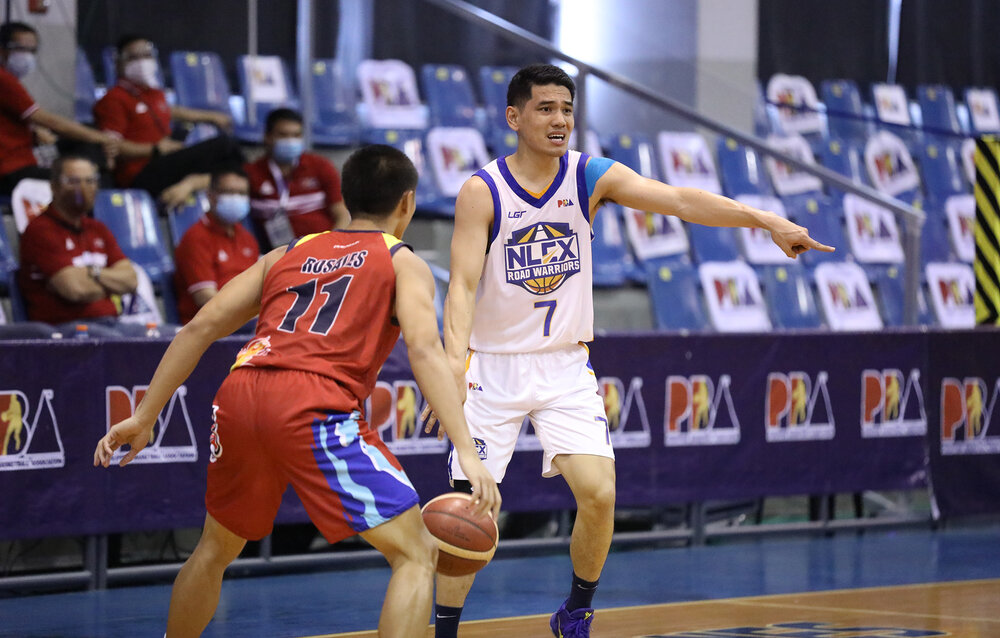 NLEX’s Kevin Alas sets up a play with Kris Rosales of Rain or Shine defending. (Photo from PBA)

Behind their tremendous effort on the defensive end, NLEX pulled off a lopsided 94-74 win over Rain or Shine. Kevin Alas led all scorers with his 18 markers, while Jericho Cruz produced 17 points and 3 assists off the bench.

Holding on to a precarious three-point advantage after the first half, the Road Warriors buckled down on defense in the second half. They held the Elasto Painters to below 20 points in each of the final two quarters, and ran away with the game in the waning minutes of regulation.

Despite main star Kiefer Ravena only chipping in 7 markers, NLEX received contributions on all fronts. JR Quinahan made timely three-pointers on his way to 13 points, while the squad’s second unit also showed out on offense.

Rey Nambatac led the charge for Rain or Shine as he finished with 15 points and 3 assists, while Jewel Ponferado tallied 10 markers off the bench. The Elasto Painters will try to bounce back tomorrow when they face the Meralco Bolts.