Matthew Wright led the Phoenix Super LPG Fuelmasters past the TerraFirma Dyip, while the San Miguel Beermen extended their winning streak with a hard-earned victory over the Blackwater Elite. 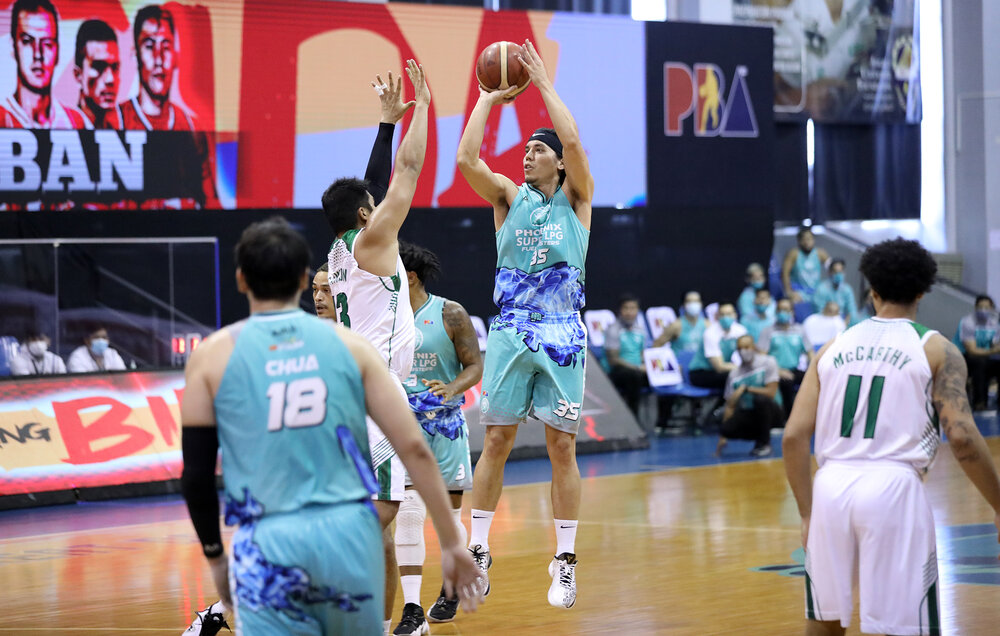 Phoenix’s Matthew Wright elevates for a jumper over Eric Camson of TerraFirma. (Photo from PBA)

Matthew Wright continues to impress in the Clark bubble as he finished with 33 points, 4 rebounds, 6 assists and 5 steals in Phoenix’s 116-94 win over TerraFirma. Calvin Abueva was also a key cog in the triumph as he amassed a triple-double of 12 points, 10 boards and 10 dimes.

The Fuelmasters actually started out slow in the opening quarter as they saw the winless TerraFirma side build a 26-23 advantage entering the second period. But Phoenix would carve a 36-point team performance in the second quarter, capped by Wright’s two straight three-pointers to end the first half.

Phoenix rode that momentum the rest of the way as their smooth ball movement led to a whopping 33 assists as a team. CJ Perez led the charge for TerraFirma with 32 markers, to go along with his 9 rebounds and 5 assists.

Perez and the rest of the TerraFirma squad will try again to come up with their first win when they face the Magnolia Hotshots on Thursday. 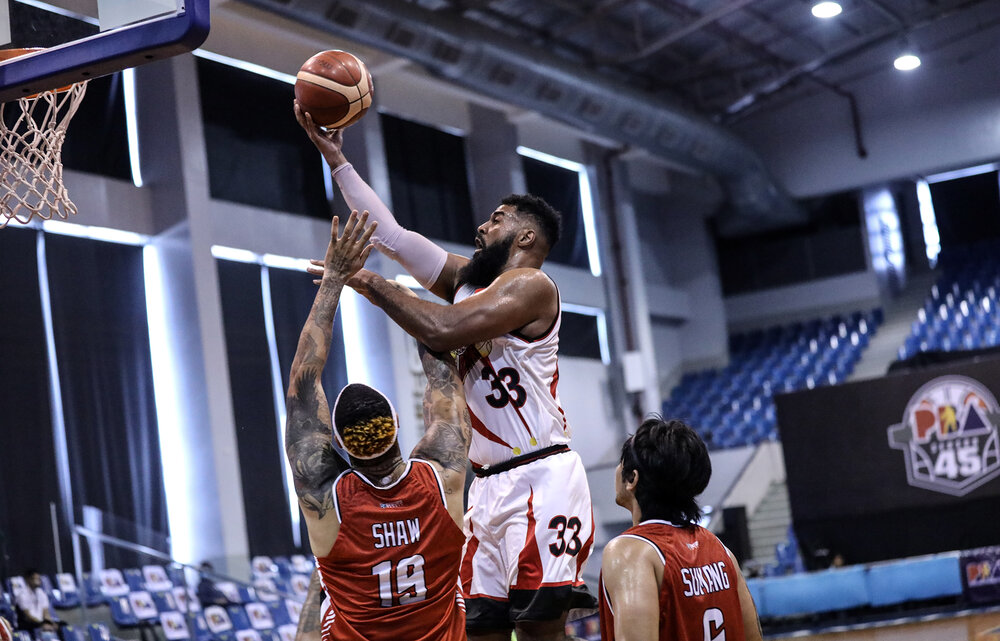 Behind Mo Tautuaa’s double-double outing of 26 points and 14 rebounds, San Miguel booked their fourth straight win via a 90-88 overtime victory over Blackwater.

With Blackwater holding on to a precarious two-point lead in the waning minutes of regulation, San Miguel guard Chris Ross drilled a three-pointer to give his team an 82-81 lead. The Beermen would extend their lead to three, but a booming triple from Ed Daquioag tied the game to ultimately force the overtime period.

Blackwater struck first in the extension period after a KG Canaleta wing trifecta, but Chris Ross would go on a personal 5-0 run to give San Miguel an 89-88 advantage. The Elite had multiple opportunities to steal the game, but a mid-range jumper from Don Trollano and a near-halfcourt heave from Mike Tolomia missed the target.

Daquioag led Blackwater with his 20 markers, while Tolomia put up an all-around effort of 17 points, 5 boards and 5 assists.