The Philadelphia 76ers and the Brooklyn Nets have emerged as preferred trade destinations for James Harden, who now wants out of Houston. 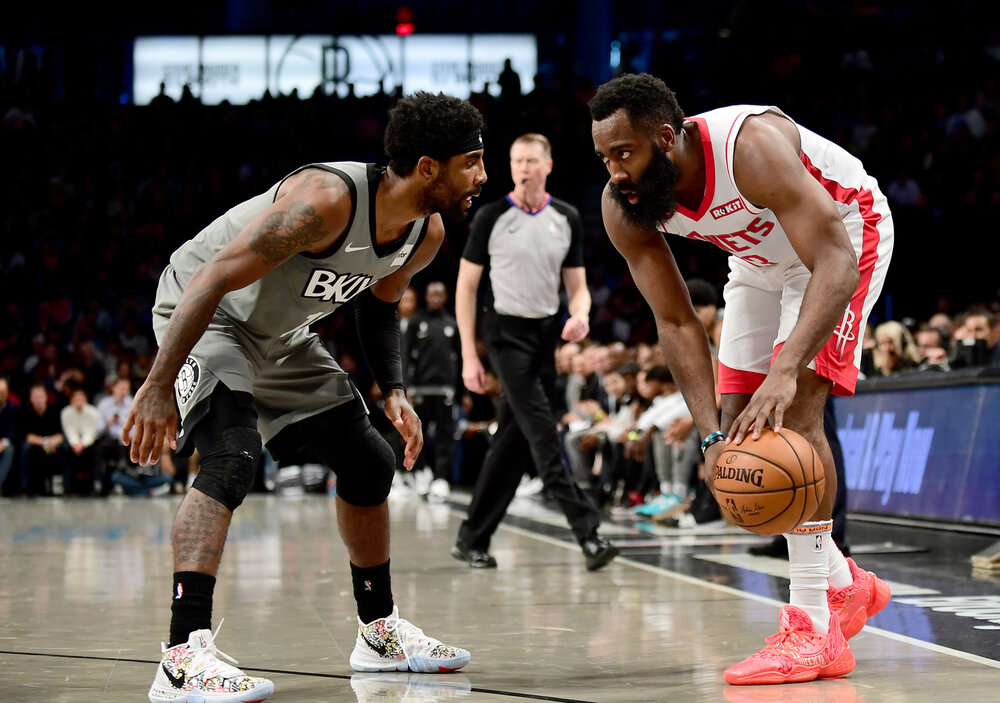 A James Harden trade to the Kyrie Irving-led Nets is becoming more of a reality. (Photo by Emilee Chin/Getty Images)

After reports a couple of days ago saying that Russell Westbrook has requested a trade away from the Rockets, it’s now Harden’s turn to search for greener pastures. Shams Charania of The Athletic recently reported that Harden desires to play for a championship contender, with the 76ers and the Nets emerging as likely destinations.

Rockets star James Harden wants to be on a contender elsewhere, and Brooklyn and Philadelphia are believed to be his top desired trade destinations, sources tell @TheAthleticNBA @Stadium.

Houston is fully comfortable keeping Harden and Russell Westbrook into the season.

Things are still yet to made concrete, but it’s clear that trouble is brewing in the Houston camp. After the departure of head coach Mike D’Antoni and general manager Daryl Morey, the franchise now doesn’t have a direction, leading to their two top stars’ request for a trade.

This report from Charania also comes after rumors of the Nets already negotiating with the Rockets for a potential Harden deal. The Nets have a pile of assets to entice the Rockets, including Caris LeVert, Spencer Dinwiddie and Jarrett Allen.

The 76ers is also an intriguing scenario as Harden provides them a much-needed scoring prowess on the perimeter. Philadelphia could offer Josh Richardson, Matisse Thybulle and a salary filler in Al Horford, although the Nets’ package of budding stars could be the better avenue to take for Houston.