As per Kevin O’Connor of The Ringer, the Indiana Pacers have already reached out to the Milwaukee Bucks for a trade centered around Victor Oladipo. 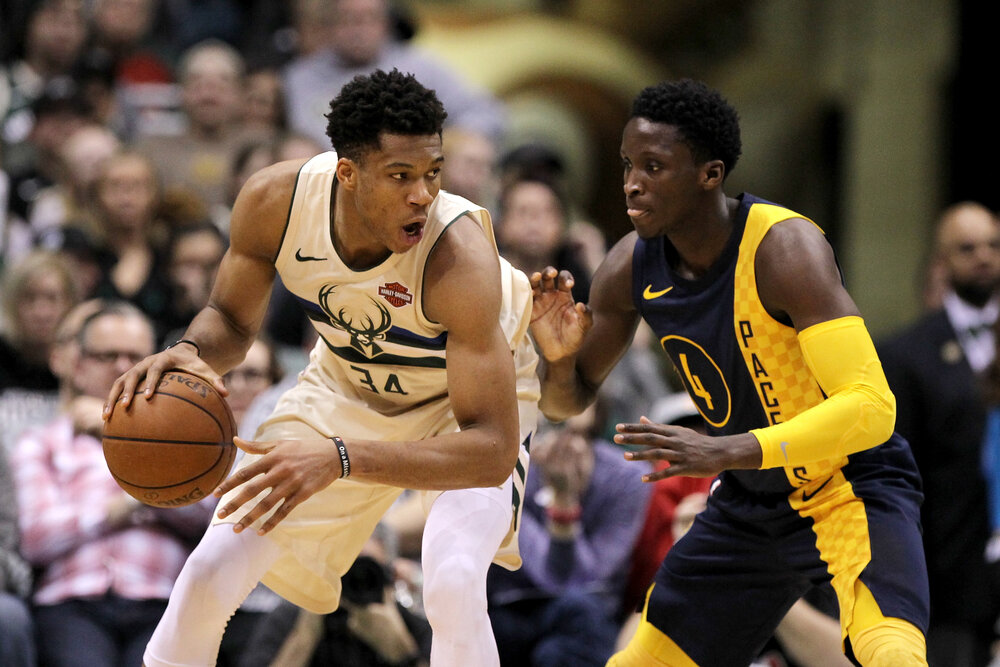 Giannis Antetokounmpo and Victor Oladipo could team up in Milwaukee. (Photo by Dylan Buell/Getty Images)

As Oladipo enters the final year of his contract with the Pacers, it’s only natural that the latter would gauge ‘Dipo’s trade value in the market, rather than letting him walk for nothing in next year’s free agency. While it’s true that the two-time All-Star’s value has significantly decreased owing to his major leg injury in 2019, there are still a number of suitors for his services.

One of those interested teams are the Bucks. They are coming off an early second round exit in the playoffs, a far cry from their lofty championship aspirations. With Giannis Antetokounmpo also entering unrestricted free agency next year, the Bucks are doing everything they can to build a stronger supporting cast.

Having said that, O’Connor recently reported that the Pacers and the Bucks are already discussing a potential deal that would send Oladipo to the Cream City.

According to @KevinOConnorNBA, league sources tell him that the Pacers have talked to the Bucks about a trade around Victor Oladipo.

Glimpse into the possible trade package

The Bucks could flip Eric Bledsoe to match salaries, then add either Donte DiVincenzo or a future first-round draft pick to spice up their offer. However, it remains to be seen how Bledsoe would fit in Indy, considering that they already have the steady Malcolm Brogdon manning the point guard position.

As for Milwaukee, they certainly would not include All-Star Khris Middleton in negotiations for an Oladipo trade. Even the inclusion of a young, up-and-coming player in DiVincenzo could be a plug they would be hesitant to pull. But if they can entice the Pacers to take Bledsoe and a couple of draft picks, this would turn out to be a low-risk, high-reward move.

Oladipo will return to a hundred percent form next season, and he already showed glimpses of his All-Star self during the Pacers’ short-lived stint in the Florida bubble. The 6-foot-4 shooting guard will fill in for Bledsoe’s defensive prowess, and his shot-making ability will be valuable when teams gang up on Giannis’ drives to the rim.

Along with the Bucks, the Miami Heat are also speculated to be interested in Oladipo’s services.