Home » Basketball News » NBA » Kerr, Budenholzer and the current NBA coaches with most to prove this upcoming season

Kerr, Budenholzer and the current NBA coaches with most to prove this upcoming season

Steve Kerr, Mike Budenholzer and Terry Stotts lead the current NBA coaches with plenty at stake in this upcoming 2020-21 season. 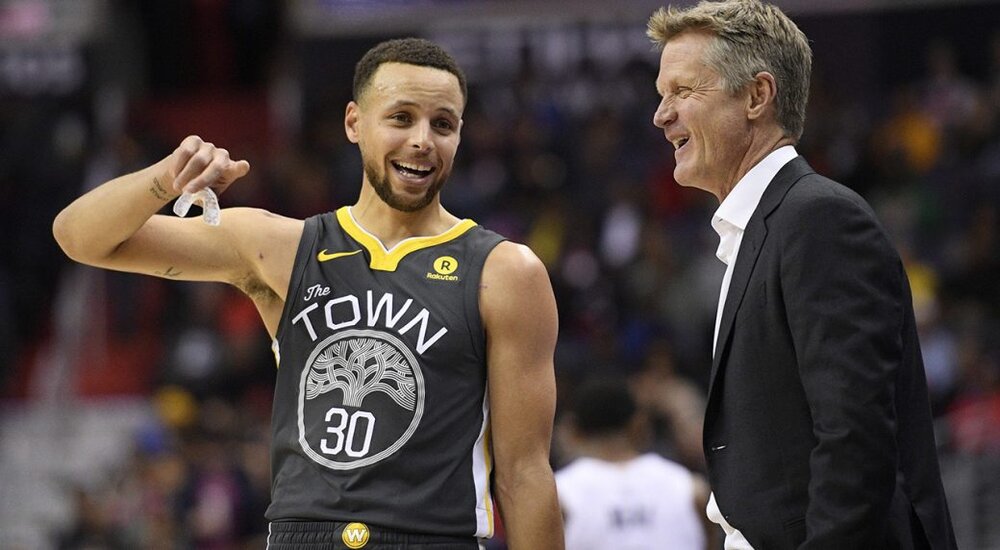 Steve Kerr and Steph Curry have their work cut out this season. (Photo by Nick Wass/AP)

Coaching in the NBA is always an arduous job, whether you’re a team gunning for the playoffs or rebuilding for the future. The decisions coaches make on a day-to-day basis, plus the in-game adjustments they have to go through, will always put them in public scrutiny.

Having said that, here’s a list of the current NBA coaches who have most to prove in the upcoming 2020-21 campaign.

If you’re a coach who already won three championships, you can’t be on this list, right? But for some reason, a lot of people still think that Kerr is only an average coach who had the golden opportunity of having multiple All-Stars on a championship squad.

Personally, I do think that Kerr is an excellent coach. After all, he injected that free-flowing, organized chaos in a Warriors’ offense that teams like the Houston Rockets put all their cards to level and counter. I’d like to see Kerr steer the Klay Thompson-less Dubs to the playoffs, just so people can stop undermining his value. 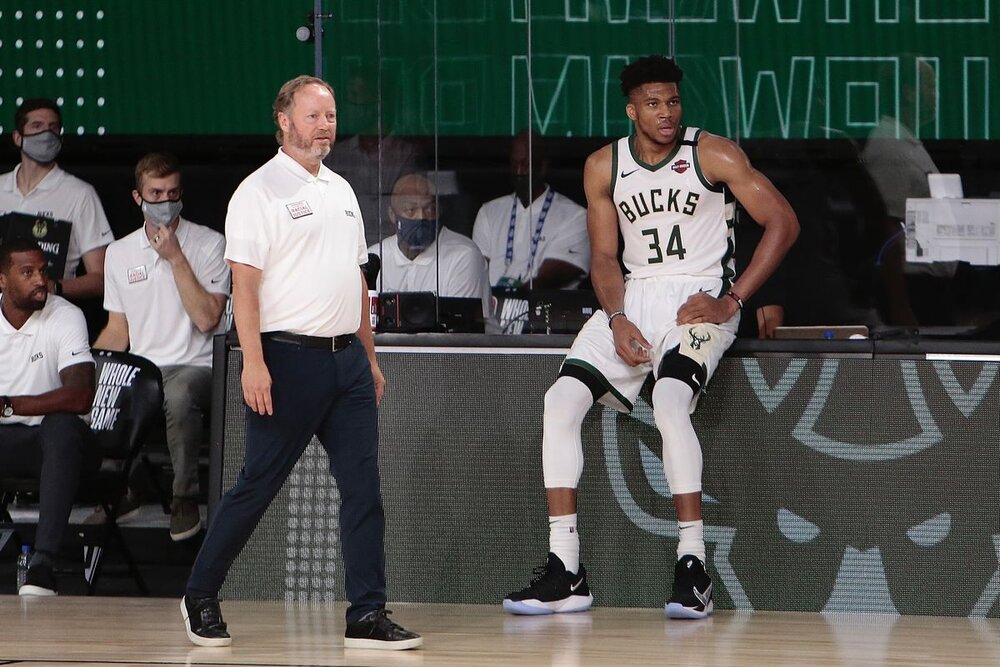 Giannis, Budenholzer and the Bucks are looking for a deeper playoff run this season. (Photo by Jim Poorten/NBAE/Getty Images)

Everywhere he goes, it seems like Budenholzer’s teams have always enjoyed regular season success. He has done an excellent job establishing continuity and consistency in the Bucks’ system, and it certainly paid off as they topped the Eastern Conference in the regular season for the past two years.

But unless he could steer the Bucks to a championship, Budenholzer’s value still has a lot to prove. The playoffs is a different beast, and building the right kind of system for that grind-it-out, adjustment-heavy contest is no easy feat. The Bucks front office has shown that they are willing to push every button for this team to succeed. It’s now up to Budenholzer and the coaching staff to make sure that they get there. 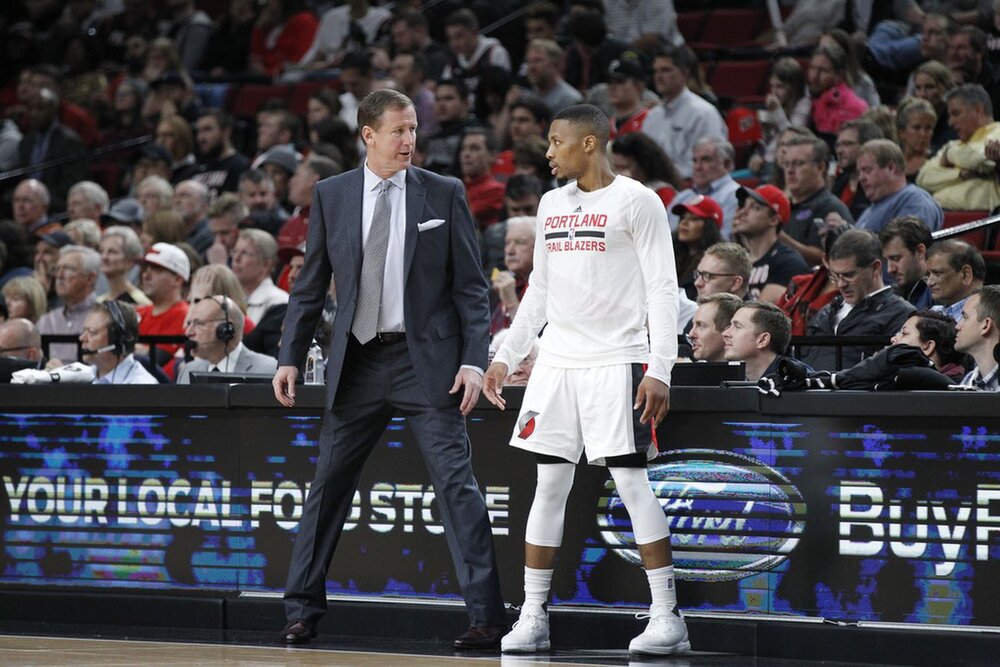 Terry Stotts has made the Blazers a fixture in the playoffs. (Photo by Sean Meagher/Oregon Live)

In the eight seasons that he has been handling the Blazers, Stotts only missed the playoffs during his first year with the team. Portland has been a fixture in the postseason for seven straight years, and Stotts certainly is a key cog in those runs.

But the supporting cast that Damian Lillard has this season is arguably the best that he had throughout his career. Moreover, Lillard just turned 30 this year, so the desperation for a championship might be tickling in. One could argue that Stotts’ job may also be at stake as the Blazers go all-in for a ‘chip this season. 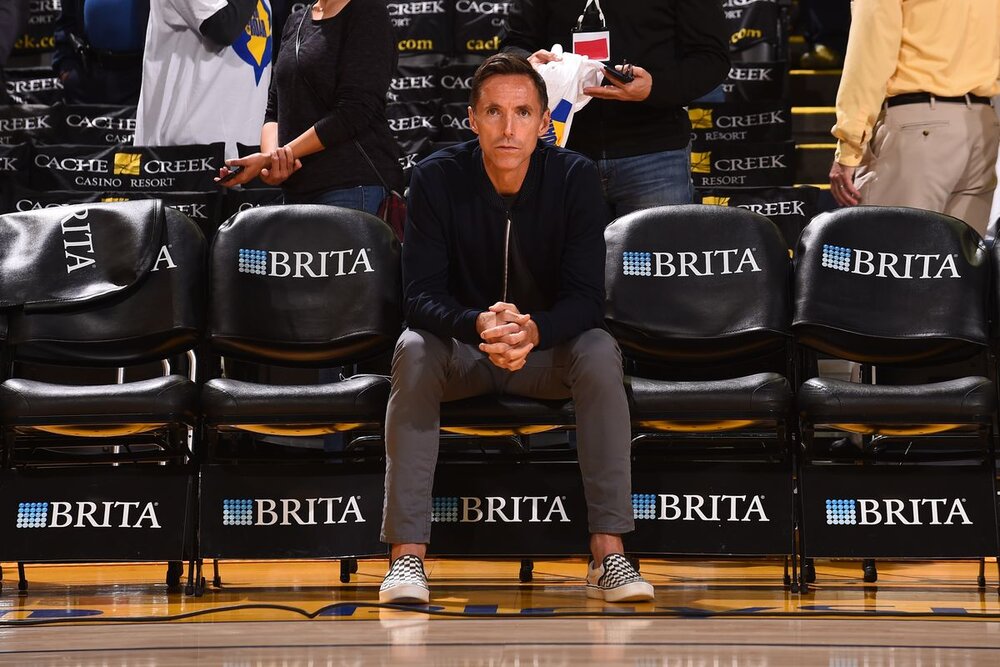 Steve Nash is the newly-minted head coach of the Brooklyn Nets. (Photo by Noah Graham/NBAE/Getty Images)

It’s not usual for a first-year head coach to have so much pressure to succeed. Usually, a franchise brings in a first-time, young coach to lead a rebuilding team and focus on player development. But Nash will take on a high level of accountability as he is tasked to lead a powerhouse Nets squad spearheaded by Kevin Durant and Kyrie Irving.

Durant is already 32, and is coming off a year-long absence from a major injury. Irving is one of the most polarizing superstars in league history. Excellent scorers like Spencer Dinwiddie and Caris LeVert want a piece of the cake. Nash will be hard-pressed to blend all these personalities in the Nets’ pursuit of a championship this season.

After making to the semifinals of the playoffs in 2017 and 2018, many thought that the Jazz might finally break through in the following years. But they would bounce out of the first round in the next couple of years, and it seems like the Mavericks and the Blazers have already overtaken them in the hierarchy of the top teams in the West.