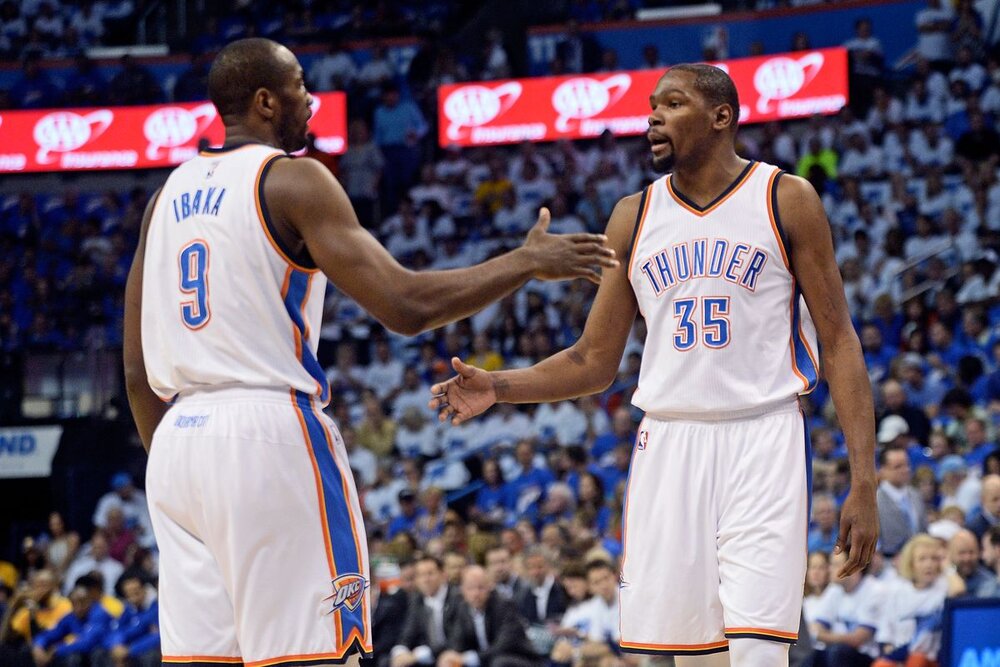 Kevin Durant and Serge Ibaka could team up again with the Brooklyn Nets. (Photo by Mark D. Smith/USA TODAY Sports)

We may again see former Thunder teammates re-unite next season. Mike Mazzeo of Forbes recently reported that Durant is actively recruiting Ibaka to play for the Nets next season. Ibaka is an unrestricted free agent, and his value as a sweet-shooting rim protector has gone way up.

“Kevin Durant has been recruiting close friend Serge Ibaka to join the Brooklyn Nets as a free agent, according to league sources.”

Durant and Ibaka go way back to their Thunder days, where they teamed up with Russell Westbrook and James Harden. Even after Harden departed for the Houston Rockets in 2012, KD, Russ and Serge would join hands to make the small-market Thunder squad a championship contender year in and year out.

Ibaka would then be traded to the Orlando Magic in 2016, then was again dealt to the Toronto Raptors during that same season. He would cross paths against Durant in the 2019 NBA Finals when the Raptors won the championship against the Golden State Warriors.

With KD recruiting Ibaka to join the Brooklyn troops, it could affect Jarrett Allen’s future with the team. The 22-year old Allen racked up a near double-double average last season, but he could be a centerpiece of a deal if the Nets pursue a trade for a third star.