An explosive collective effort in the third quarter and a record-setting night for LeBron James helped the Los Angeles Lakers cruise past the Denver Nuggets. 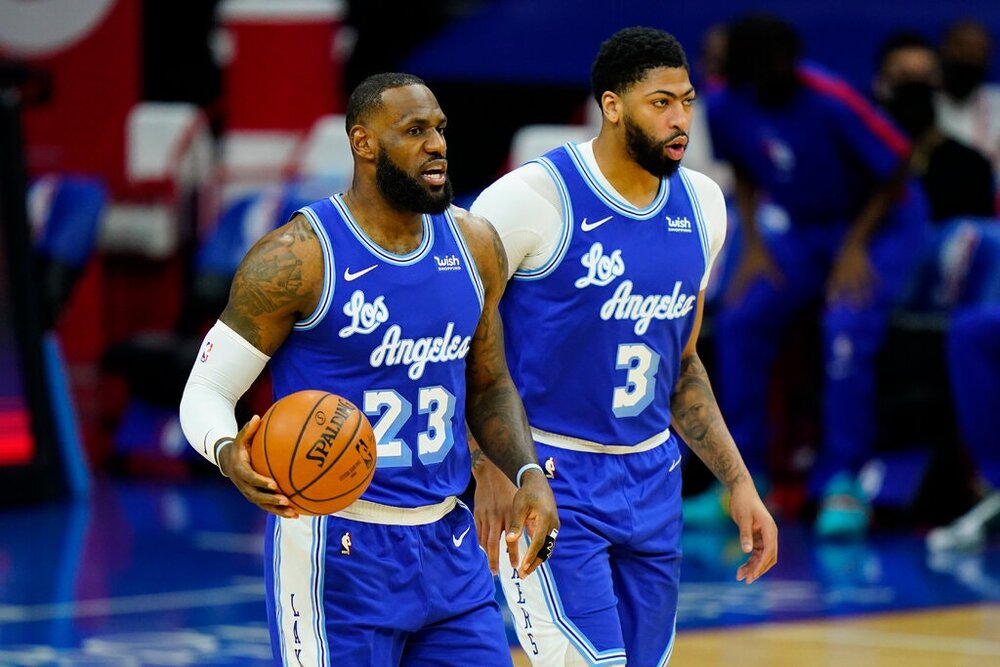 LeBron James scored 27 points in the Lakers’ win over the Nuggets. (Photo by Matt Slocum/AP)

Lakers come back from double-digit first half deficit

After trailing by twelve points entering the second half, the Los Angeles Lakers put on a show in the third quarter to take a convincing 114-93 win over the Denver Nuggets. LeBron James led the charge as he amassed another triple-double stat line of 27 points, 10 rebounds, and 10 assists, highlighted by this nice bounce pass to a cutting Talen Horton-Tucker.

The Nuggets had the Lakers’ number early on as they established a 58-46 lead after the first two quarters. But the Lakers would clamp down on defense in second half as they limited the Nuggets to only 17 total points in the third quarter, then 17 again in the final period.

But LeBron didn’t do it all by himself. Even with his co-star Anthony Davis tallying only 13 markers, the defending champs’ supporting cast showed out in the win. Dennis Schroder missed only two shots on his way to 21 points, while sophomore wing Talen Horton-Tucker finished with 17 points and 3 steals.

After losing on back-to-back nights against the 76ers and the Pistons, the Lakers are now riding a three-game winning streak. They will go up against the Pistons again on Sunday in a bid to avenge their previous loss.

LeBron surpasses yet another record

When James scored his third field goal attempt tonight, he surpassed yet another legend in the NBA’s book of records. With at least 12,682 buckets tallied to his name, James has overtaken the legendary Wilt Chamberlain in the league’s all-time list of made field goals.

LeBron has passed Wilt Chamberlain for third on the NBA all-time field goals made list.

There’s no doubt that The King is still above his peers in his 18th year in the league. His 27-point performance tonight also marked the 800th time in his career that he has eclipsed 25 points in a single game.

While it’s true that LeBron has established himself among the great passers in the NBA, he has also been one of the best scorers that the league has ever seen.