Jared Dudley, an elder statesman of the recently-crowned champs, says that the Los Angeles Lakers wanted to face their hometown rivals Clippers in the Western Conference Finals. 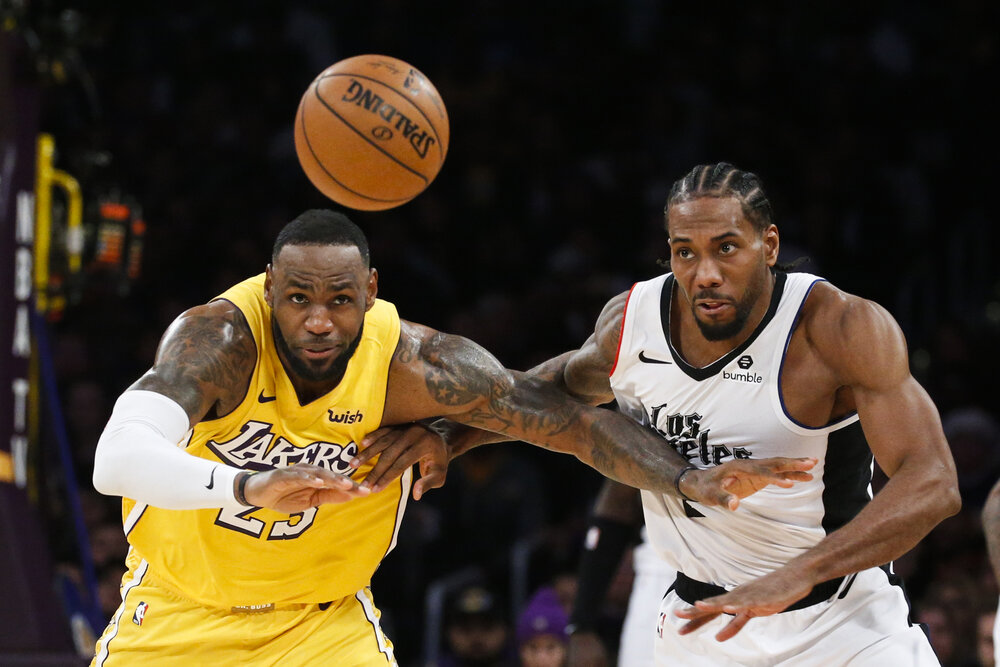 A match-up between LeBron James and Kawhi Leonard in the playoffs could have been explosive. (Photo by Ringo H.W. Chiu/AP)

When Kawhi Leonard and Paul George took their talents to Los Angeles last summer, the Clippers were in excellent position to take the spotlight away from LeBron James and the Lakers. There were moments throughout the season that they did just that, but not during the most important stage of the year.

The Clippers collapsed in the second round of the playoffs, letting the Denver Nuggets successfully come back from a 1-3 deficit to take the series and face the Lakers in the conference finals. It’s not a secret that people initially wanted a Clips-Lakeshow playoff series, and Dudley reiterates this notion during a recent appearance on The Bill Simmons Podcast.

“We were laughing… our whole mind was we gotta beat the Clippers. We wanted the Clippers, they wanted us.”

The Lakers would go on to beat Nikola Jokic and the Nuggets in five games, move on to the Finals, and defeat Jimmy Butler and the Miami Heat to capture the Larry O’Brien trophy. Despite the missed opportunity to thwart their hometown rivals, it was still a great storyline ending to the franchise’s 17th successful championship run.

As for the Clippers, they will be facing a pivotal offseason with more changes looming on the horizon. They recently fired head coach Doc Rivers, who was then hired by the Philadelphia 76ers. There are speculations that the Clippers front office might also try shipping George, who struggled mightily in the playoffs.

For Dudley and the Lakers, there’s no doubt that they are just starting to take over the league. Anthony Davis, who will be entering free agency, will be re-signing with the team. They could also make a play for another quality veteran free agent, probably in the form of Marc Gasol or Serge Ibaka.

To listen more to Jared Dudley’s conversation with The Bill Simmons Podcast, click on the Spotify link below.