Lakers throw a haymaker, beat Heat to be crowned the 2020 NBA champions

The 17th championship banner will be going up the rafters in Los Angeles as the Lakers clobbered the Miami Heat in Game 6 to take home the Larry O’Brien trophy. 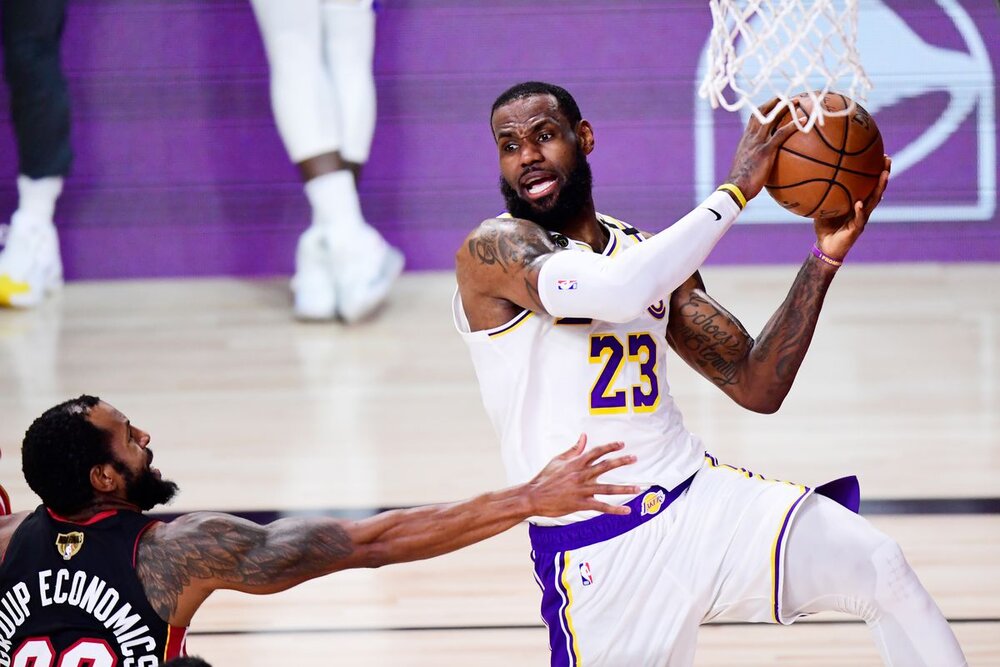 LeBron James put up a triple-double in the Lakers’ Game 6 win over the Heat. (Photo by Douglas P. DeFelice/Getty Images)

Behind their clobbering defense and a balanced offensive attack, the Lakers hacked out a 106-93 Game 6 win to beat the Heat and bring back the championship to Los Angeles. James came through with another triple-double of 28 points, 14 rebounds and 10 assists, while Rajon Rondo and Anthony Davis chipped in 19 markers apiece.

The Lakers didn’t waste any time in the close-out contest as they put up an avalanche in the second quarter to take the fight away from the Heat. It was a massive 28-point lead for the Lakers after the first two quarters, and it was obvious that the game was over by then.

Aside from their masterful defense, the Lakers also received timely boosts from their supporting cast. Kentavious Caldwell-Pope contributed 17 points, and Danny Green drilled three triples on his way to 11 points.

After an excellent Game 5 performance, Jimmy Butler was held to only 12 points in the elimination game. Young All-Star big man Bam Adebayo led the charge for Miami with his 25 points, 10 boards, 5 dimes and 2 blocks, and Jae Crowder and Duncan Robinson amassed 12 and 10 markers, respectively.