The San Antonio Spurs are rumored to be moving up the draft by sending LaMarcus Aldridge to Golden State, while a Chris Paul-Carmelo Anthony combo is brewing in New York. 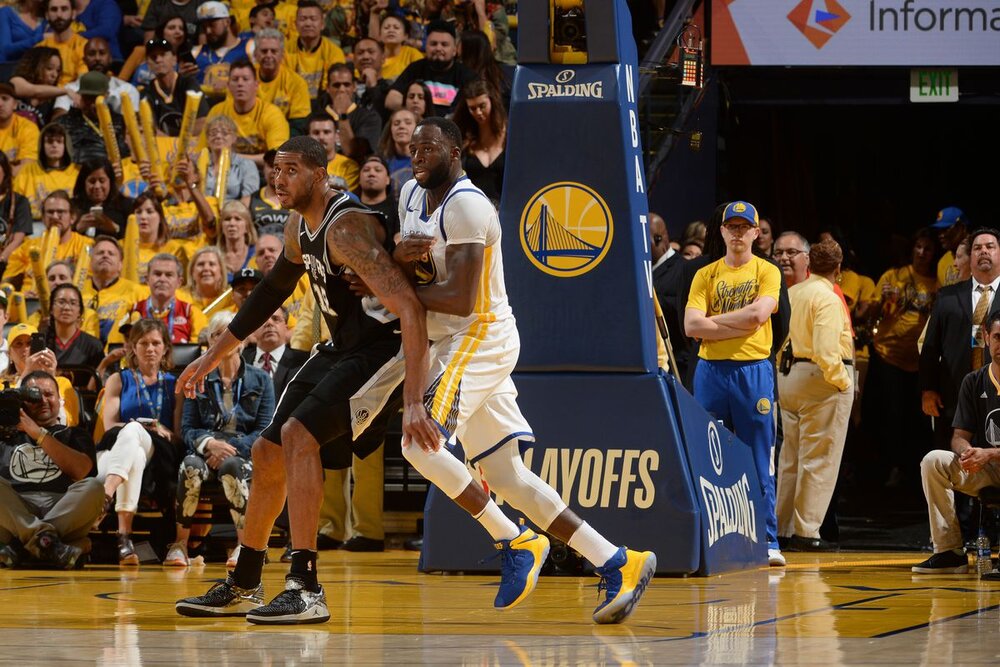 LaMarcus Aldridge and Draymond Green could team up in Golden State. (Photo by Noah Graham/NBAE/Getty Images)

As the Spurs transition to a rebuilding stage after missing the playoffs for the first time since 1998, it has become apparent that they will be trying to move up in this year’s draft. ESPN’s Senior Writer Zach Lowe reported that there is a “little buzz” around the league that the Spurs are considering trading LaMarcus Aldridge and their 11th pick to nab the Warriors’ 2nd overall selection.

Aldridge entered last season coming off two straight All-Star appearances. But his production and efficiency dipped, although his 39% three-point shooting clip is an encouraging sight at this point of his career. He is already 35 years of age, so he just has a couple of seasons left before his game drastically spirals downward.

Aldridge’s arrival would give the Warriors an immediate contributor and a capable shot creator. But to make the financial side of this deal work, they also have to include Andrew Wiggins. Moreover, Aldridge is also entering unrestricted free agency in 2021, and there is the possibility that he will jump ship and leave the Warriors without Wiggins and their 2020 second overall draft selection.

Both the Spurs and the Warriors could bring in a third team to provide the Dubs with another talented asset in exchange for Wiggins. However, this is still a heavy risk to take for Golden State and I don’t see them giving the green light on this potential deal.

Carmelo could sign with the Knicks following a potential CP3 acquisition 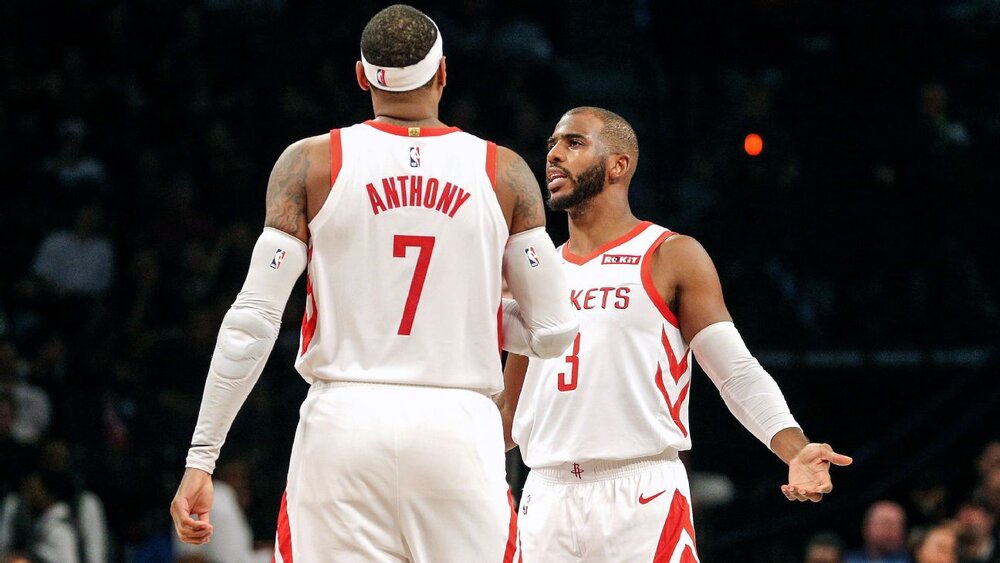 Chris Paul and Carmelo Anthony during their brief time together in Houston. (Photo via ABC13)

After a productive stint with the Portland Trail Blazers last season, Carmelo Anthony is again a free agent. There will be tons of interest for the veteran forward, given his resume and scoring brilliance.

According to Marc Berman of the New York Post, Anthony could sign with the Knicks if the team successfully makes a trade for his close friend Chris Paul.

“However, if point guard Chris Paul makes his way to the Knicks via a trade, sources have said Anthony is likely to want to follow.”

Anthony, who averaged 15.4 points and 6.3 rebounds for the Blazers last season, is a much-loved figure in Knicks basketball. He made seven All-Star appearance during his tenure in New York as he helped bring playoff games to one of the biggest basketball cities in the NBA.

As for a potential trade for Paul’s services, it’s certain that the Knicks will have to give up of a couple of young assets to entice the Oklahoma City Thunder front office. Paul’s value has gone up after an excellent year with the Thunder. Aside from the Knicks, the Milwaukee Bucks and the Philadelphia 76ers are also reported to have an interest for the veteran point guard.