LeBron James produced a clutch defensive play in the Lakers’ overtime win over the Thunder, while the Suns spoiled Giannis Antetokounmpo’s 47-point performance. 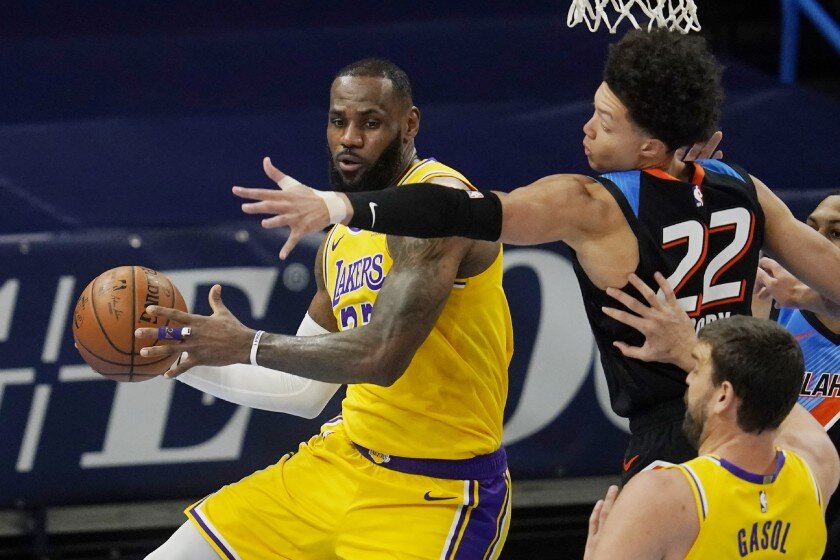 LeBron James put up 25 points in the Lakers’ overtime win over the Thunder. (Photo by Sue Ogrocki/AP)

Lakers put away Thunder in overtime

Just like in their previous match-up, the game went into overtime. And just like that first game, the Los Angeles Lakers won again. The defending champs, who were without star big man Anthony Davis, hacked out a 114-113 victory over the Oklahoma City Thunder.

LeBron James put in another all-around effort as he finished with 25 points, 6 rebounds, 7 assists, and 2 steals. His scoring was not a factor in the overtime period, but the four-time MVP came up with the clutch plays. First, James dished out this assist to veteran shooter Wesley Matthews, who drained the corner triple.

Wesley Matthews with a big 3 pointer in OT off an assist from LeBron James. #LakeShow #OKCvsLAL #ThunderUp pic.twitter.com/GnDytWMqX3

James airballed a jumper in the next possession, but he was able to make up for it when he almost came up with an interception that delayed the Thunder’s chance to win the game.

Montrezl Harrell was again a big factor off the bench with his 20 points, while Dennis Schroder chipped in 19 points, 7 boards, and 5 dimes. The Lakers have now swept the Thunder in their mini two-game series as they extend their current winning streak to six games.

Thunder star and leading scorer Shai Gilgeous-Alexander sat out the game due to a left knee injury.

Giannis puts up 47 points in loss to Suns 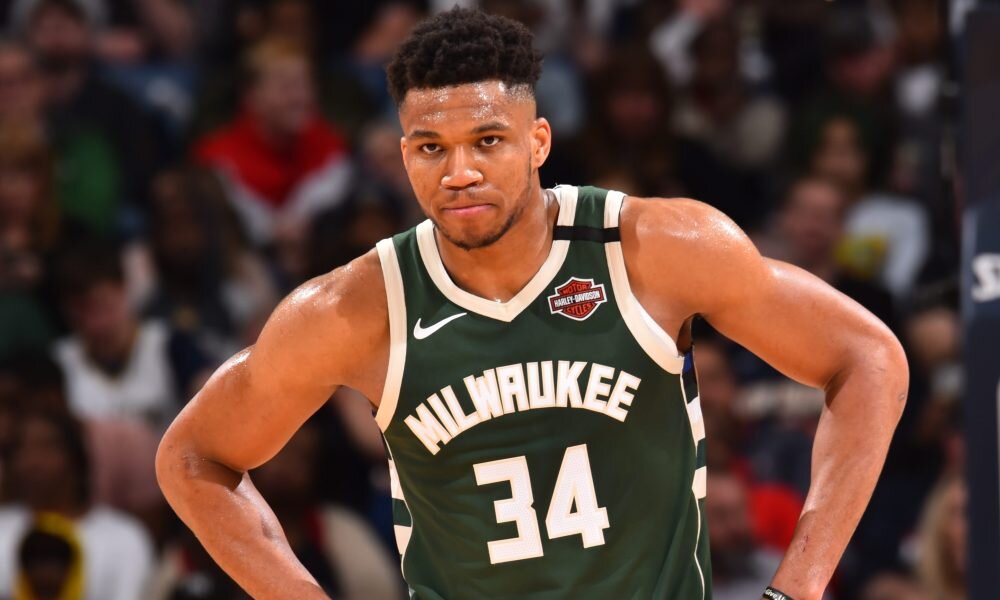 Giannis Antetokounmpo scored 47 points in the Bucks’ loss to the Suns. (Photo via USA TODAY Sports)

Giannis Antetokounmpo may have been the best player tonight, but it was the Phoenix Suns who came up with a hard-fought 125-124 victory over the Milwaukee Bucks. Devin Booker led the charge for the Suns as he amassed a team-high 30 markers, while veteran point guard Chris Paul tallied 28 points and 7 assists.

The Suns trailed by twelve points by halftime, but they slowly chipped away at the lead in the third quarter. The Suns eventually took control in the payoff period, and Giannis’ attempt to win the game came up short in the final seconds.

Giannis drops 47 PTS vs. Suns but falls short on the final shot. pic.twitter.com/VuCLohRxDo

Antetokounmpo, the league’s reigning back-to-back MVP, finished with 47 points, 11 rebounds, and 5 assists in the painful loss. He found his way to the free throw line all throughout the night, and produced an efficient 17-21 clip. The loss snaps the Bucks’ impressive five-game winning streak, and they will try to bounce back when they go up against Donovan Mitchell and the league-leading Utah Jazz in their next assignment.