The Los Angeles Lakers just missed out on a comeback bid as a Tobias Harris game-winner gave the Philadelphia 76ers a morale-boosting win. 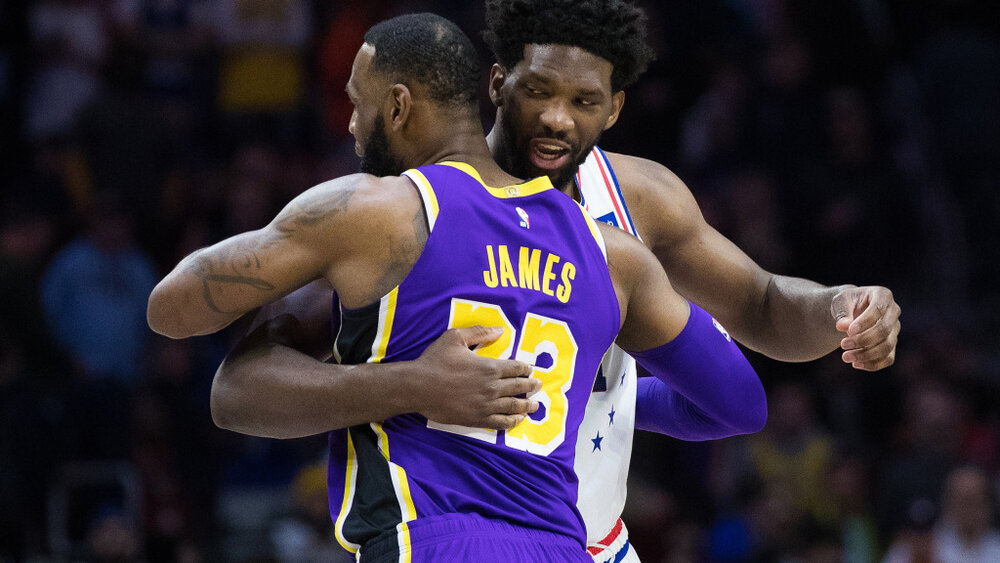 LeBron James and Joel Embiid are the leading candidates for the MVP award this season. (Photo by Bill Streicher/USA TODAY Sports)

The Lakers were on the verge of a successful 13-0 comeback to end the game, but Tobias Harris had other plans. Harris drilled a game-winning jumper to give the 76ers a 107-106 win over the league-leading Lakers. Harris finished with 24 points in the win, while All-Star big man Joel Embiid tallied 28 points, 6 rebounds, and 4 assists.

With the game entering its crucial minutes, it seemed like the Sixers were going to cruise past the Lakers. But the defending champs maintained their composure and went on an impressive 13-0 run capped by this LeBron James-Anthony Davis connection to give their team a one-point lead.

In a bid not to lose back-to-back games, the Sixers had the chance to take the lead in the dying seconds. With the Lakers clamping down on Embiid to take away Philly’s first option, the Sixers turned to a pick-and-roll at the top of the key. Seth Curry forced LeBron to switch on him, resulting to the smaller Alex Caruso defending Harris. Harris then made a move to the left elbow, elevated on top of Caruso, and drained the game-winner.

James led the charge for the Lakers with his 34 points, 6 boards, and 6 assists, while Davis chipped in 23 markers. The loss puts an end to the defending champs’ three-game winning streak, and they will try to bounce back when they go up against Derrick Rose and the Detroit Pistons tomorrow.

Embiid and the Sixers now improve their record to 13 wins against 6 defeats to nab the top spot in the Eastern Conference. They will travel to Minnesota to face the Timberwolves for their next assignment on Friday.

Nets’ Big 3 combine for 89 in win over Hawks

The Brooklyn Nets relied on their superstar trio to turn back Trae Young and the Atlanta Hawks in overtime, 132-128. Kevin Durant led all scorers with 32 points, while James Harden and Kyrie Irving contributed 31 and 26 markers, respectively. After losing back-to-back games to the Cleveland Cavaliers, the Nets are now on a three-game winning streak.

It was a back-and-forth affair throughout the night as both teams displayed excellent ball movement and took care of the ball well. Brooklyn had a two-point advantage in the waning seconds of regulation when Hawks’ sophomore Cam Reddish drove to the lane for a lefty finish.

The Nets would put away the Hawks in the extension period as they climb to a 12-8 win-loss slate in the East. Six Nets players scored in double digits tonight as they are starting to build their chemistry as a team. Meanwhile, the Hawks drop to a 9-9 record and will face the Washington Wizards to end their campaign this January.