During the 2020 All-Star Game, it was Giannis Antetokounmpo who hit the most shots with 12 makes. So who were the players who had the most made field goals in each All-Star game since 2010? 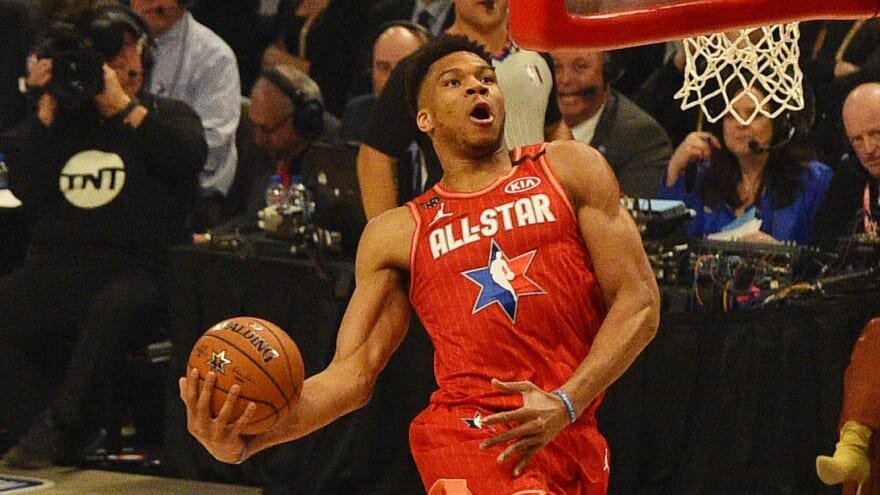 With the 2021 All-Star Game happening today, we’ll again see the NBA’s top stars break out tons of buckets. The Elam Ending is back, making the fourth quarter of today’s game more exciting than ever.

A bunch of big-time scorers like Anthony Davis, Kevin Durant, and Devin Booker will sit out this year’s All-Star game due to injuries, so we could see new faces like Zion Williamson or Jaylen Brown put up high-scoring performances.

Having said that, let’s dive into our topic and look at the list of players with most shots made in each All-Star game since 2010. 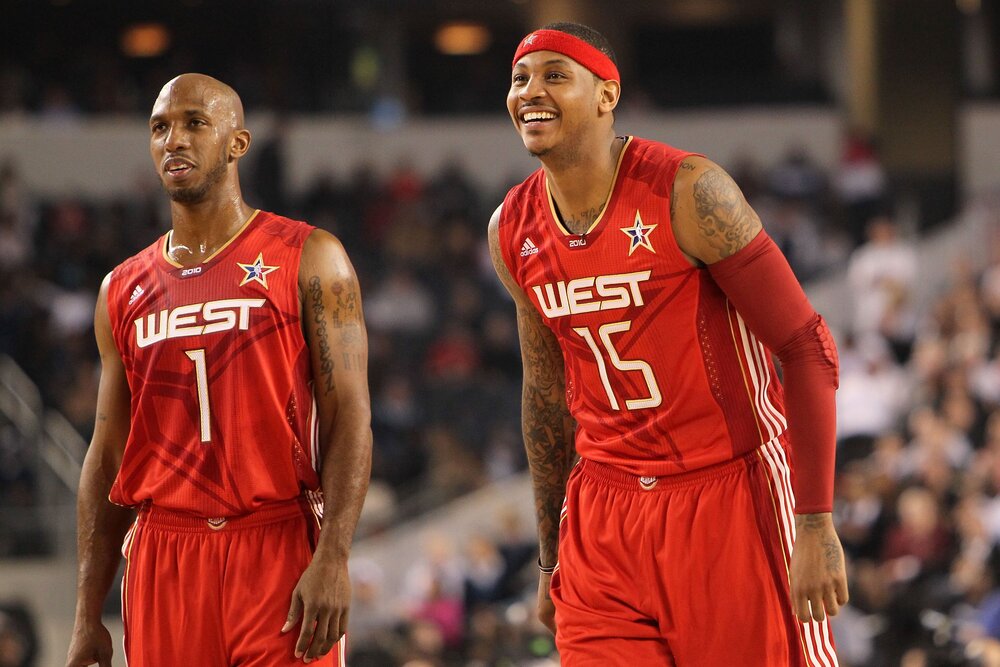 Before he was traded to the New York Knicks in 2011, Anthony was a fixture in the Western Conference All-Star teams each year. In 2010, the scoring forward put up 27 points on 13 made shots, including a single hit from the three-point line. Melo also hauled in 10 rebounds, but the West lost a two-point game to the Eastern Conference that year.

The late great Kobe Bryant won his fourth and last All-Star Game MVP trophy in 2011. Kobe finished with a double-double night of 37 points and 14 rebounds, then added 3 assists and 3 steals to round out his impressive stat line.

Kobe led the West to a 148-143 victory, and outperformed a young Kevin Durant, who scored 34 points on four hits from beyond the arc. 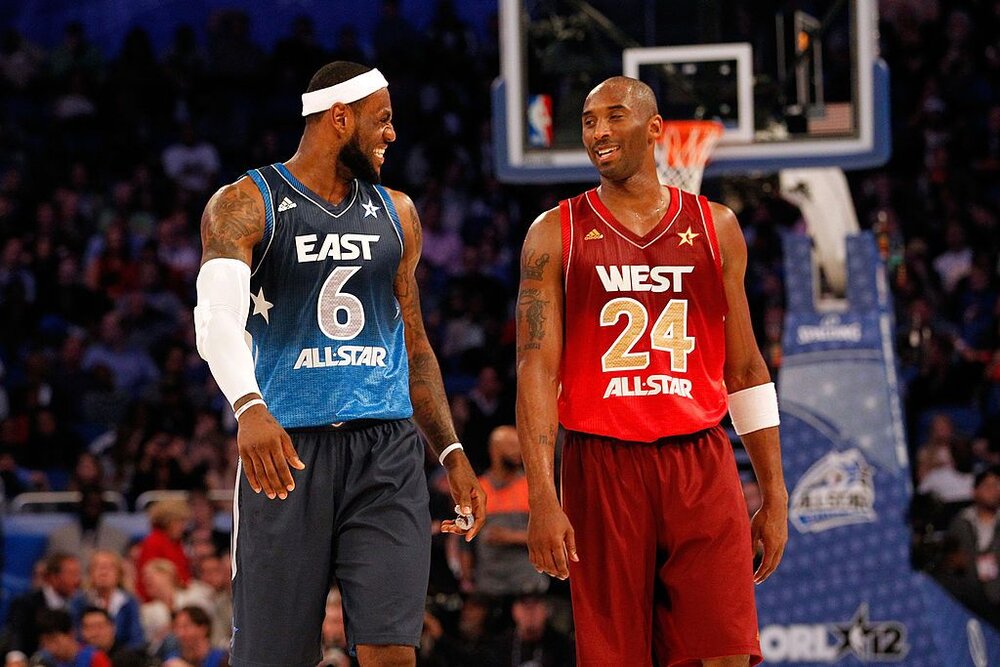 In his second All-Star appearance as a member of the Miami Heat, LeBron showed out by draining six triples on his way to 36 points, 6 rebounds, and 7 assists. However, the East fell short that year, losing a close-call 152-149 contest to the West.

It was an outstanding scoring display for LeBron, but a costly turnover during the waning seconds of the fourth quarter overshadowed his otherwise brilliant night. Right after the turnover, Kobe immediately teased LeBron for passing the ball instead of shooting it.

Durant again stole the show in 2013 when he scored a game-high 30 points on a highly-efficient 13-24 clip from the field. However, the NBA gave the MVP award to Chris Paul, who poured in a double-double outing of 20 points, 15 assists, and 4 steals.

2014 saw the best year of Griffin’s career, and his All-Star performance that season wasn’t an exemption. The high-flying power forward only missed four of his 23 attempts, and tied Durant for the game-high 38 points.

However, the East went on a fourth quarter run that sealed the win for them. Kyrie Irving was named the All-Star Game MVP that year. 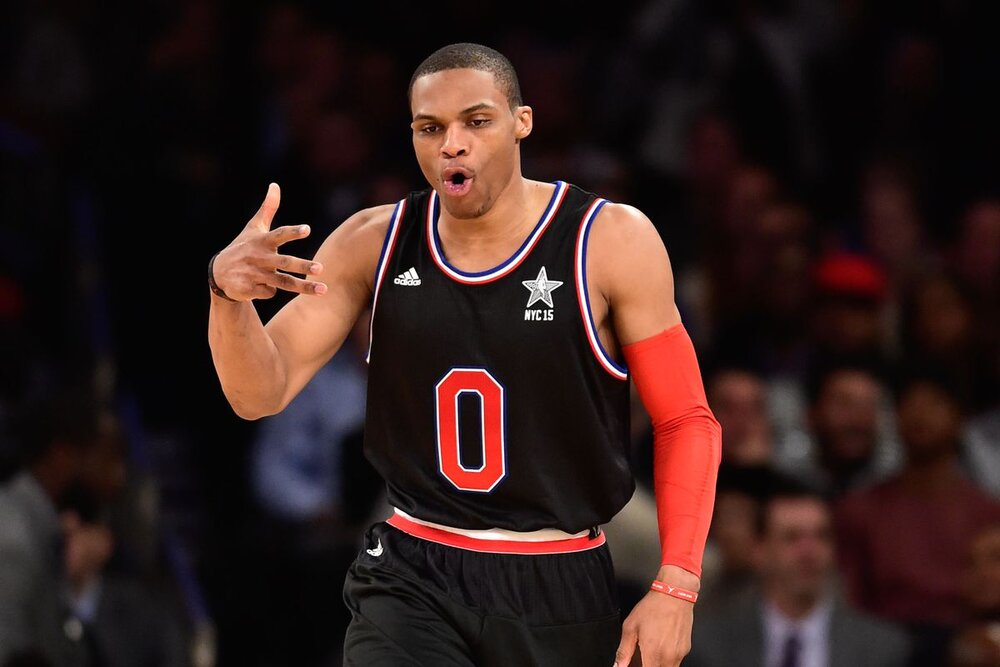 Despite coming off the bench, Westbrook steered the West to a 163-158 win over the East. The former Thunder star exploded for 41 points, including five hits from three-point territory. The five-point victory by the West sealed Westbrook’s first All-Star Game MVP trophy.

The East lost a lopsided 196-173 contest to the West, but George’s fiery shooting display stole the show. The former Pacers superstar scored 41 points, including nine three-pointers, which is still the All-Time record for most three-pointer made in an All-Star game.

Who could forget Davis’ record-breaking night during the 2017 All-Star game? AD, who was still playing for the Pelicans that year, made 26 field goals on his way to 52 markers, both of which holds the record in the NBA’s All-Star history book.

Davis already hit 15 shots in the first half alone, and the West basically fed him the ball to help him notch that historic performance.

The 2018 All-Star Game featured the first time where two players acted as captains by taking turns in choosing their teammates. The Team LeBron hacked out an exciting 148-145 win over Team Stephen, and the MVP was awarded to no other than LeBron himself.

The King was a couple of assists shy of a triple-double as he amassed 29 points, 10 rebounds, and 8 assists in the win. 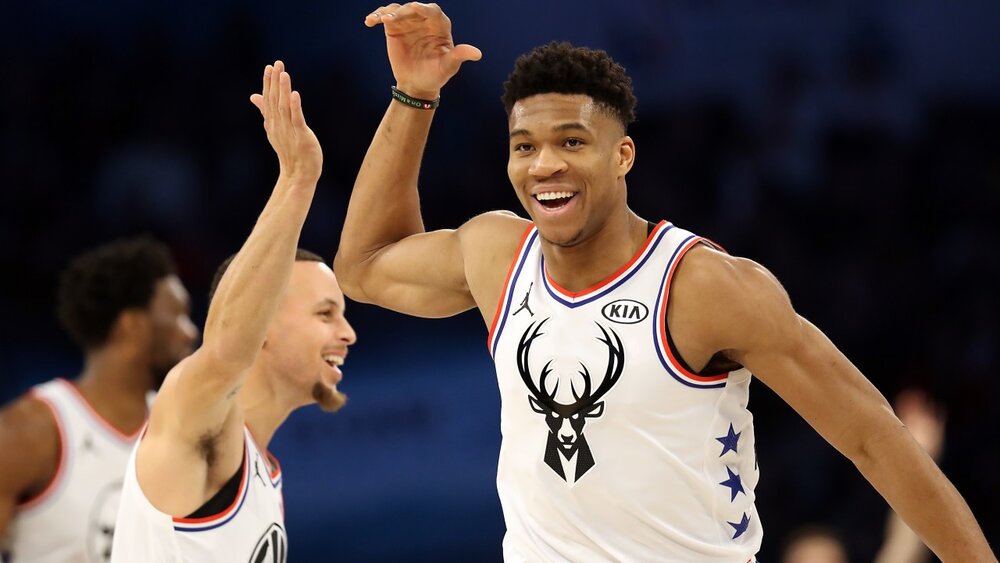 Giannis Antetokounmpo celebrating with Steph Curry during the 2019 All-Star Game. (Photo via justallstar.com)

In his first year as the captain of his own All-Star team, Giannis quickly made his presence known as he tallied 38 points and 11 rebounds, including an efficient 17-26 clip from the field.

However, Team Giannis lost to Team LeBron, 178-164. Durant was named the All-Star Game MVP that year.

If Team Giannis won this game, there’s no doubt that the Greek Freak would have won the MVP award. Giannis put up an all-around stat line of 25 points, 11 rebounds, 4 assists, and 3 blocks. However, a Team LeBron victory and Kawhi Leonard’s 30-point performance denied Giannis from taking home the MVP honors.

PrevPreviousShort-handed Lakers lose Alex Caruso to neck injury, fail to capitalize on bizarre Booker ejection
NextNBA All-Star Records: Chris Paul and the list of players with most assists in a single All-Star gameNext