Despite losing All-Star Devin Booker to a bizarre ejection, the Phoenix Suns managed to escape the injury-plagued Los Angeles Lakers. 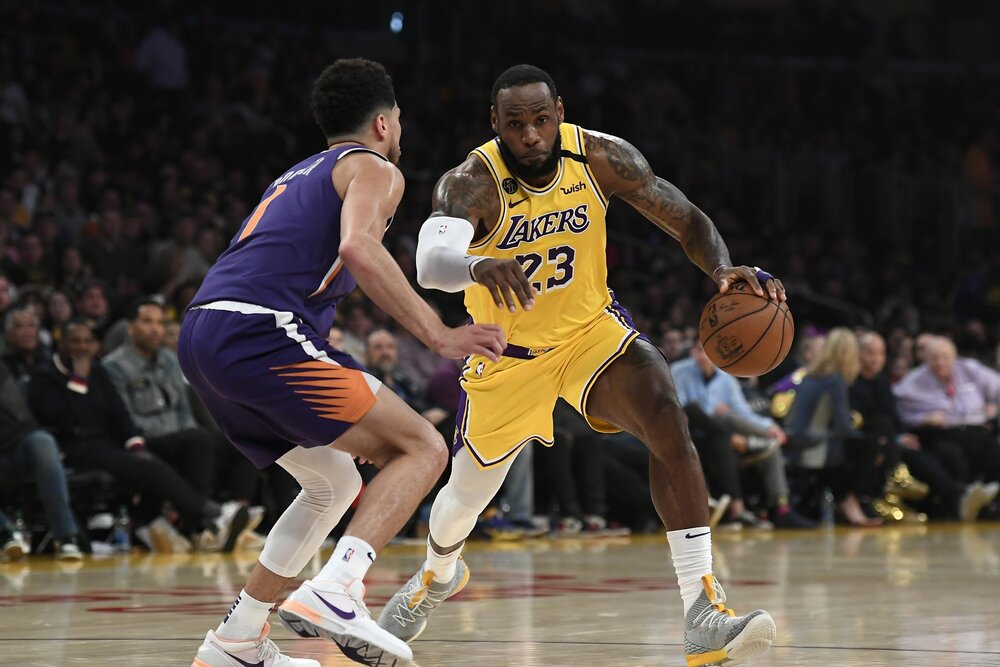 Fresh off two impressive road wins, the Phoenix Suns rode the momentum as they hacked out a victory over the Los Angeles Lakers. It was a balanced offensive attack for the Suns as they saw five players put up double digits in the scoring column.

The Suns, who were coming off two straight wins against the Chicago Bulls and Minnesota Timberwolves, got into a big trouble when All-Star shooting guard Devin Booker was ejected in the third quarter. It was a confusing set of calls where it didn’t appear that Booker acted enough to deserve the two technical fouls.

Here’s the play where Booker got ejected:

Devin Booker gets ejected after bouncing the ball at a ref pic.twitter.com/kEj0hoMRNz

Dario Saric topscored for the Suns with 21 points off the bench, while Miles Bridges drained three triples on his way to 19 markers. Booker and Deandre Ayton scored 17 points apiece as the Suns climb to an excellent 23-11 record in the Western Conference.

As if the Lakers didn’t have enough injured players to deal with, Alex Caruso suffered from neck spasms that forced him to an early exit. ESPN’s Dave McMenamin reported that Caruso sustained the injury when he was hit in the neck area during the early stages of the game.

Caruso has been ruled out the rest of the game. https://t.co/MlVjJl4yAT

The positive takeaway from this is that it doesn’t look like a injury that will force Caruso to miss another game. The Lakers are already without superstar Anthony Davis, who has missed the Lakers’ last nine games due to a calf injury.

The defending champs also missed the services of Kyle Kuzma (right heel contusion) and Marc Gasol (safety and health protocol) in tonight’s loss to the Suns.

LeBron James led the charge for the Lakers with his 38 points, 5 rebounds, 6 assists, and 2 steals.

PrevPreviousBig Man Shoes: Bam Adebayo signs with Jordan Brand, Wiseman joins Klay at Anta
NextList of players with most shots made in each All-Star Game since 2010Next