The Barangay Ginebra San Miguel cruised past the depleted NorthPort Batang Pier to grab their share of the lead in the 2020 PBA Philippine Cup standings. 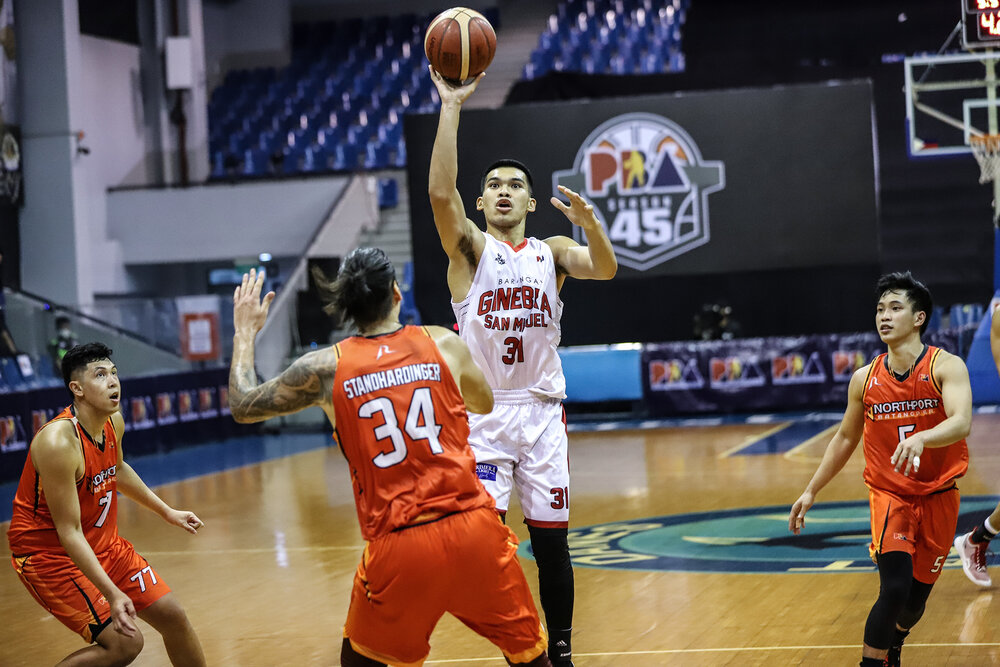 Behind a balanced contribution on offense, Ginebra escaped the resilient but depleted NorthPort squad with a 112-100 victory. Stanley Pringle topscored for the Gin Kings with his 17 markers, while Aljon Mariano chipped in an all-around 15 points, 5 rebounds and 7 assists.

Even without stars Robert Bolick and Sean Anthony, the Batang Pier started strong by building a 29-23 lead at the end of the opening canto. But Ginebra found their groove on offense in the second quarter as they put up a total of 34 points to erase the deficit and create a nine-point advantage entering the second half.

Ginebra would ride the momentum the rest of the game and never encountered a real threatening run from NorthPort. The Gin Kings had eight of their players scoring in double digits, with veterans Japeth Aguilar and LA Tenorio tallying 13 markers apiece. They also moved the ball well, finishing with a staggering total of 37 assists in the win.

Christian Standhardinger hauled in another double-double of 23 points and 11 boards for NorthPort, while former Gin King Kevin Ferrer finished with 23 markers on a 7-11 shooting from the three-point line.

The loss drops NorthPort to a lowly 1-6 slate, while the win for Ginebra ties them with the TNT Tropang Giga for a league-best 6-2 record.

PrevPreviousHot-shooting Paul Lee powers Magnolia past league-leading TNT
NextDo the Lakers have a real shot on trading for Jrue Holiday?Next